Is there any advantage to aftermarket hoods with heat extractors, or are the extractors purely aesthetic?

Many aftermarket hoods, especially for sports cars, make use of large cowls, ram air vents, and most commonly heat extractors on the sides of the hood. 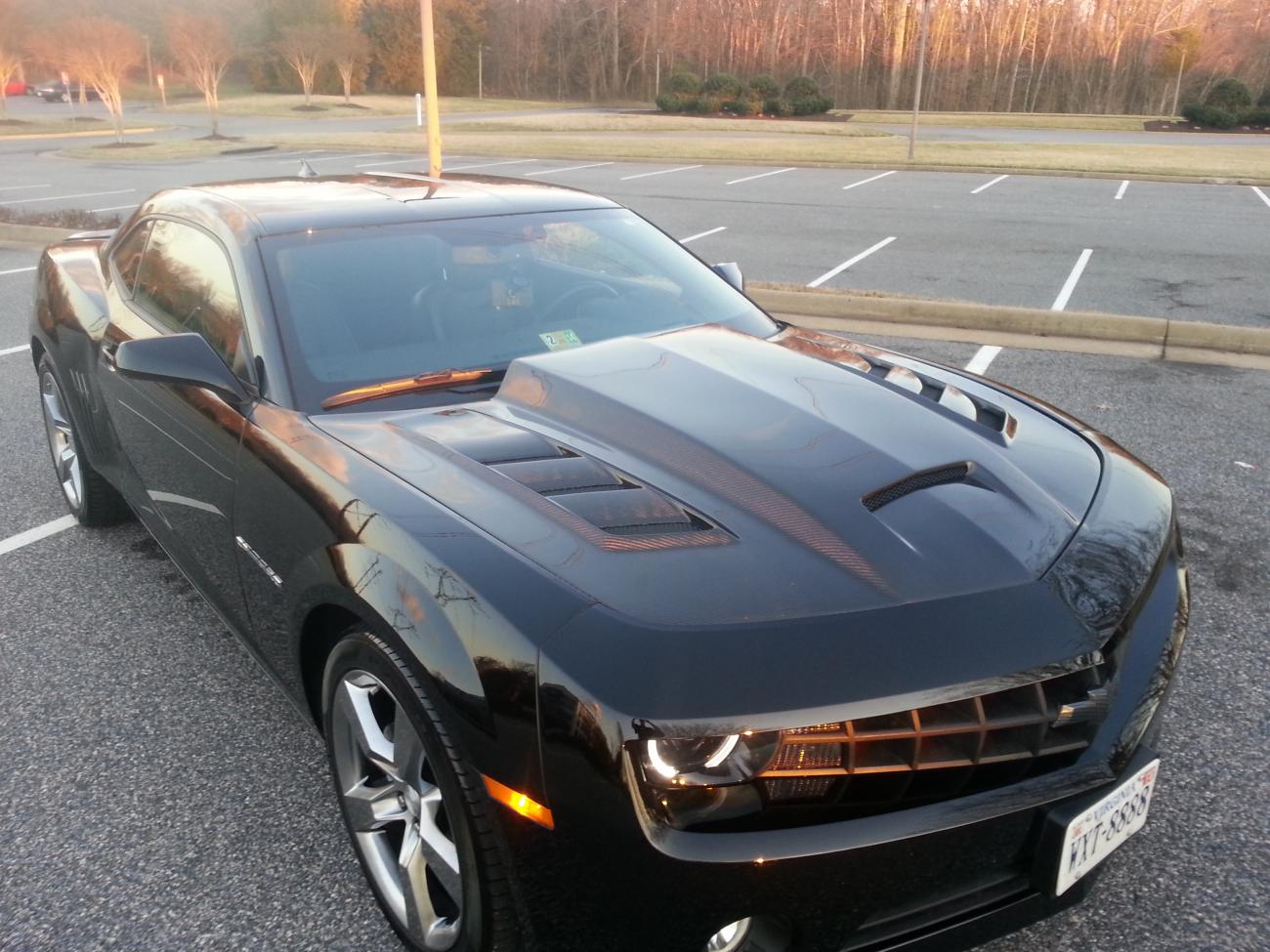 I'm a techie and we're always spending insane amounts of money to improve our computer cooling systems, as improved cooling directly correlates to higher stable processing speeds. But does this hold true for cars? I thought that most engine cooling systems were efficient enough to keep an ICE at optimal temperature in all normal conditions. Do these heat extractors actually provide any practical benefit?

I'm specifically interested in the affect on newer vehicles (2010+) but any historical information would be interesting as well.

It really depends on the design of the hood. As I discussed in this answer, the way heat extraction works is via the venturi principle. Only when there is a low pressure area above the hole in the hood will there be any extraction of air (and possibly heat). To directly answer your question, though, yes they do provide an amount of cooling by removing the air within the engine compartment, which can become quite hot during any kind of usage, whether traveling fast or slow.

To substantiate what I'm getting at, I found a guy who measured temperatures associated with his '03 Mustang Cobra. Those who know what the 03-04 Cobras are made of should know these are absolutely solid car, awesomely built, worth tons of HP/TQ. Anyway, on to what he was talking about. He did measurements from different points of his vehicle (underhood and in the air box, as well as at the extractors). Here is what he reported:

I also took time to measure another temperature, hood vent air temp. I clipped the sensor right to the middle of my right hood vent grill. Initial idle temperature was 136 F. After 2 minutes driving a 30 mph temp was 85. At a stoplight for 30 seconds temp shot up to 103F, rolled another two blocks temp down to 85F. Then another stoplight 45 seconds, temp went to 146.5F. This pattern was consistent, while driving the air coming out of the hood vents was 85 within 1 F up or down. At each light or intentional idle it would rocket up to over 150F. I stopped at a gas station, engine off for 2 minutes and hood vent air temp was 167.8F. That is a lot of heat escaping from the engine bay.

While this is not completely scientific, I think it proves the point that the extractors do remove quite a bit of heat from under the hood. Here is a picture of what the hood extractors look like on the '03 Cobra: 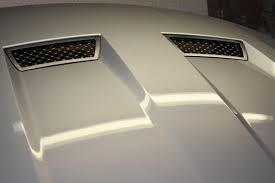 And here's the underhood section so you know these are actually functional: 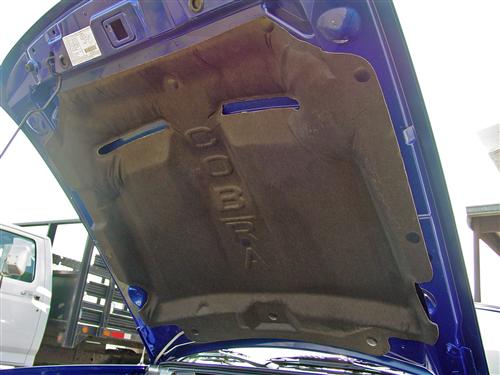 There is another reason for pulling air from the engine compartment besides reducing heat, though. Under normal circumstances, the air flows through the radiator and then under the car. This can provide lift which will be a detriment during high speed driving. By using the extractors in the hood, the air has another direction to go, that being up and over the car. When this happens, the lift is greatly reduced and the car can remain more stable at higher speeds.

You show a 5th Gen Camaro in your picture. The ZL1 came stock with an extractor hood. The main purpose of this hood was to reduce the amount of air which traveled under the car for just the reason I talked about above. 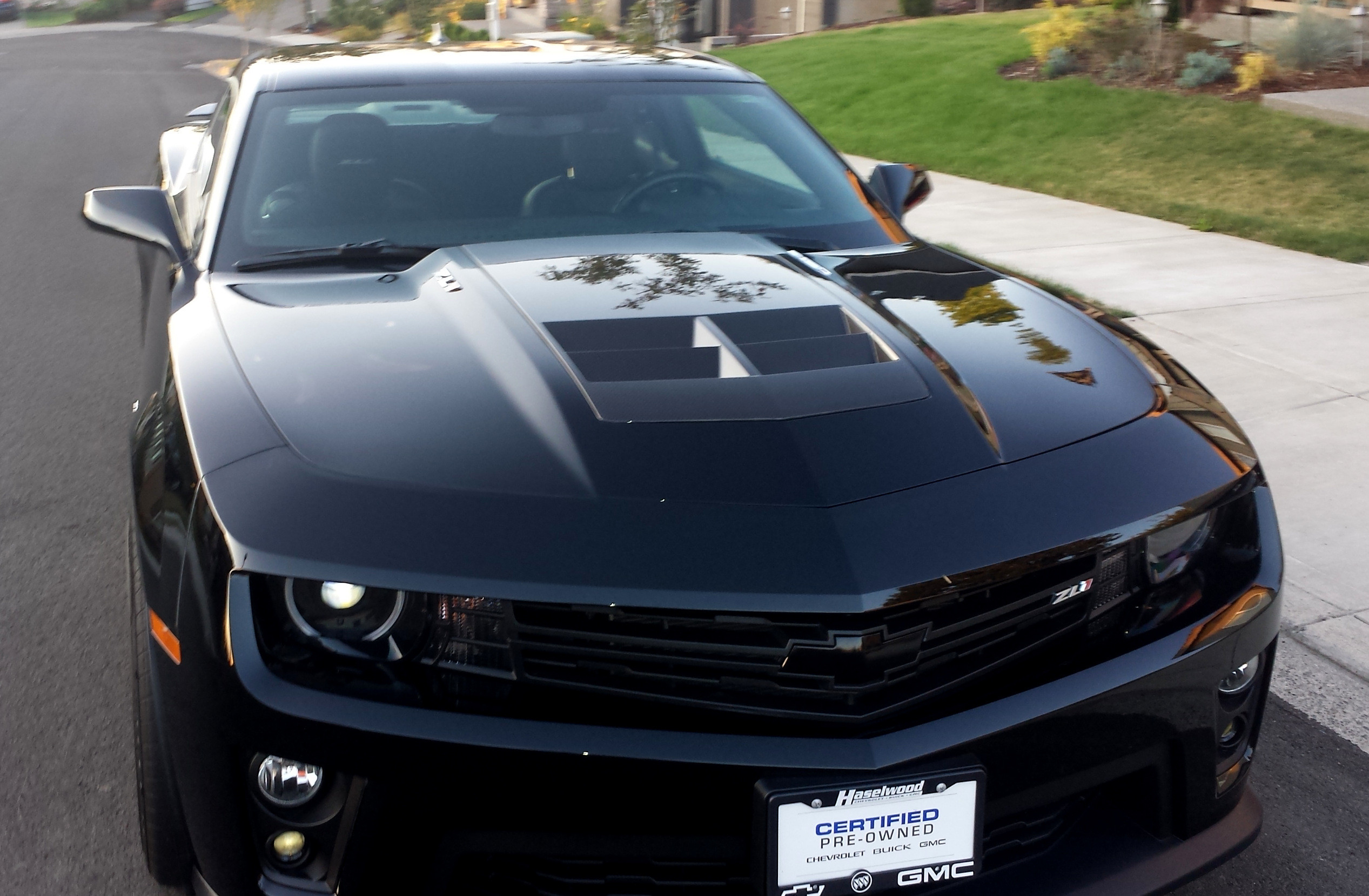 You see this more on performance cars, as it's assumed the drivers are going to be pushing the engines to higher temperatures. There are also cases, such as the first generation of the new MINI Coopers (2002-2006) where the hood scoop draws cold air in to cool the air coming in via the supercharger via an intercooler. I believe the Subaru WRX does something similar. Colder air going into the engine = higher performance.

On the contrary, I had a friend in high school with a late 80s Trans Am, and its hood scoop was blocked off (i.e. no air could make it into the engine bay). In this case, the scoop was purely cosmetic.

Not the answer you're looking for? Browse other questions tagged cooling hood or ask your own question.