Mitsubishi engine turns over for a several seconds before starting

Pᴀᴜʟsᴛᴇʀ2 hit the nail on the head. Turns out my injectors weren't cleaned properly, found a place and had them professionally cleaned on a machine, also replaced the fuel pressure regulator. Good as new!

I replaced the regulator about a week before cleaning the injectors again. My problem flipped entirely somewhat, when the car got cold overnight it would fire instantly the next morning consistently but the problem would return in the day.

Also turns out the place I purchased petrol had a notorious history of diluted or dirty/bad gas. Rectified everything and now my car is in great shape!

I have a Mitsubishi Galant Fortis '08 and for the longest while now I've had an issue where the car turns over for a few seconds when I turn the key and sputters when coming to life. I doubt this is a duplicate as I've used several of the posts here to help me up to this point and the issue persists.

I've been looking into this for months now and I've spent thousands of dollars (JMD) trying to fix this issue to no avail. Here's what I've tried (using some suggestions from this community).

I had it put on several scan tools and there are no error codes at all.

This is about everything that I've found that could be related to the issue at hand. What is most peculiar however and related to #1 is that if the vehicle has been running for a bit and I turn it off and turn it on back it usually fires instantly so the issue isn't consistent.

Other details that may help, not chancing anything.

Related to #2 this symbol is often on my dashboard (on Japanese.SE the text says Key is missing). 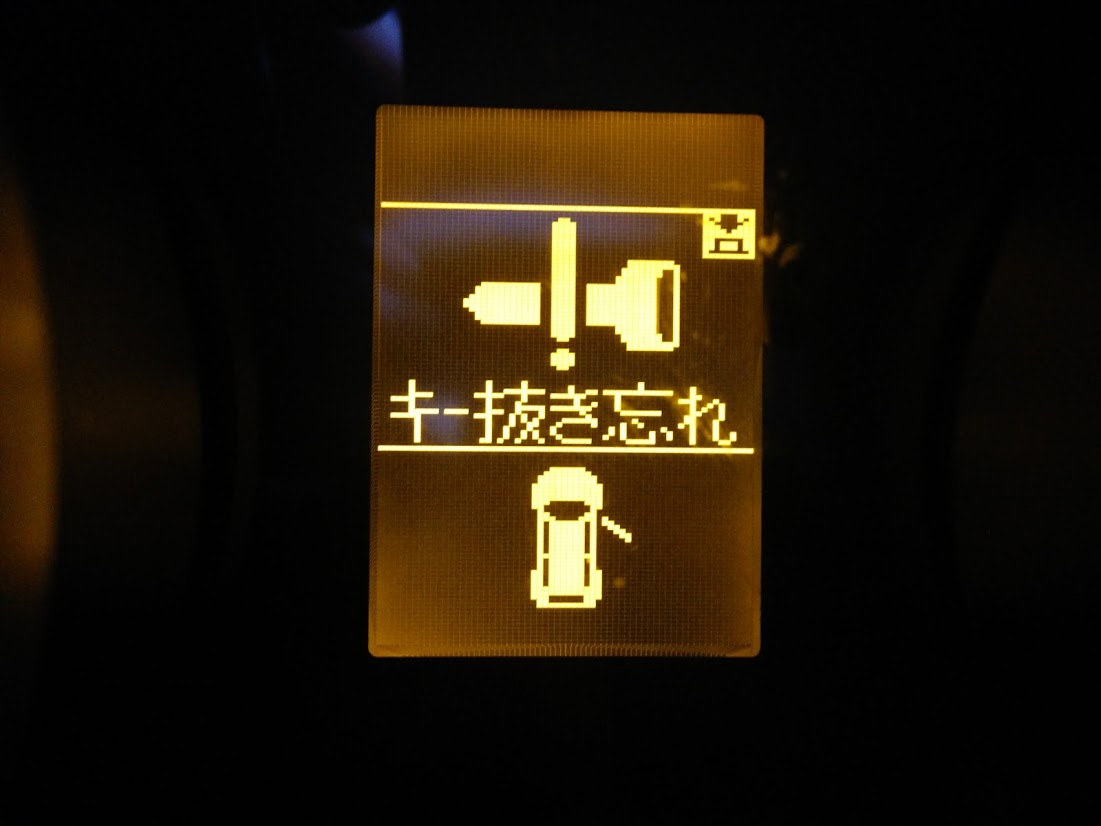 More details — If I turn the key and say let go the engine cranks and usually dies, I usually have to do this twice to start it. When I hold the key however this is when it takes several seconds to start. What is also again peculiar is that whenever I've taken the car to have work done on it, it's working perfectly after up until I've left it overnight. I'm at a loss now and I have no idea what could be the issue. But I'd say the issue is near always reproducible when the car gets cold.

Here is a small video that shows the issue, you might want to turn up your audio. The delay is quite short in this however, it's usually a noticeable couple seconds longer, the initial starting sound is a lot longer and the end sound where the engine comes to life is usually weak and sputtering as if it's taking a lot of effort to turn over.

A simple test you might be able to do is the next time it has sat for a long time, try turning the key to the on position (without turning to start). Allow the fuel pump to prime. Turn the key back to the off position, then back to the on position. If the fuel pump doesn't run again (to prime), bump the starter without giving it a chance to start (ie: turn the key to start for just long enough for the starter to kick, but not enough for it to start the engine - a very short time). This should (in most cases) cause the fuel pump to run again, thus priming again. Once the fuel pump is through priming (the second time), try starting the car and see how it behaves. If it does the same thing, I'm not on the right track. If, however, it fires right up like it does when it's been running, this may be where it's at. You'd then need to check the fuel pressure over a period of time to see if the pressure has bled off.

If the pressure has bled off, it could actually be two things:

Not the answer you're looking for? Browse other questions tagged starting mitsubishi or ask your own question.