I have a 2003 Mitsubishi Galant with 251k miles on it. I recently changed the oil pan gasket to fix a leak and as I normally do, I pull the negative terminal on the battery when I'm doing just about any repairs as a habit.

Unfortunately, the keys had been left in the ignition in the on position, which I didn't realize. When I reconnected the battery I heard something like crackling noises for a few seconds. When I tried to start the car I realized what had happened and the car cranks over, but won't start. I traced it back to no spark at the spark plugs.

I found an Ignition Coil & Crank Sensor Test for the Mitsubishi 2.4L I thought it was the crankshaft position sensor issue. It passed the power circuit test #7, but it failed the ground test #8 showing 1 volt and failed the signal test #9 showed 5v the entire time I did this test and never dropped voltage as I manually turned the engine (with the ignition coils disconnected as the test indicated). So I replaced the crankshaft sensor.

Also, I found the engine compartment fuses (called the power distribution box) appeared fine, but only the last two showed voltage, so I obviously have some electrical problem still remaining. Looking at the picture, the last two fuses yellow/blue, at the bottom of the picture, are the only ones showing voltage. I couldn't find any bad fuses from a visual inspection. 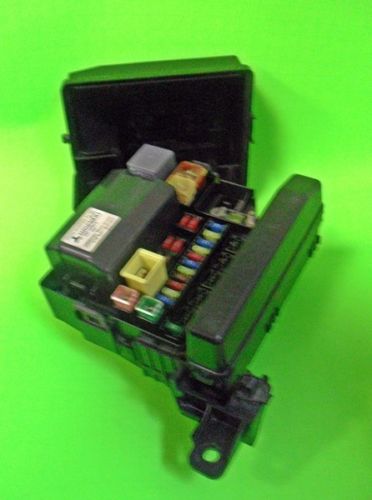 After doing some reading, having a cranking engine that won't start can sometimes be the CKP sensor or the ECM is bad.

Since I was able to find an ECM online that matches my car, I found a way to see if bypassing the old one with a new one will allow the car to start. However, this is not the issue as the car still won't start. I did find it's throwing a P0335 Crankshaft Position Sensor pending code, but as I replaced that sensor it appears to be a false positive.

Any other ideas as to how to proceed next?

You need to recheck your connection at the battery, as well as the tests you have done previously.

You stated that you had power (B+ as well as the 5v from the PCM on the signal wire.) at the CKP sensor (Terminals 2 & 3. Not going by the online guides pinout. See Fig. 4) and that the Power Distribution Center only had power on the last two ATM fuses, 24 and 15.

Looking at how the PDC is laid out this would be impossible without a break in the circuit and something back feeding into the two circuits. Some of the fuses in the PDC may naturally be off KOEO or KOER such as the head lights. Until the lamp switch is turned on and the Front Control Module feeds them power.

Note that it's a direct connection between the PDC and the B+ terminal of the battery. There aren't any fusible links inline.

You also stated you had 1v on the ground terminal. This is either a poor ground or high resistance in the wiring. The PCM (G12) and the Battery (G10) grounds are both attached at the same point on the left strut tower. See Fig 5.

Since you see 1v on the ground KOEO I would lean towards a poor connection at the B- terminal first. Then if the terminal is clean and tight and you still observe 1v on terminal 1. It's time to start doing ground circuit voltage drop testing.

The poor ground should be addressed before you check for signal output from the CKP sensor. If the wiring checks out try splicing in a ground wire that goes directly to the battery and see if you get a signal.

If you have a CKP signal that reaches the PCM but no spark. Check for power, ground and a trigger signal at the coils. 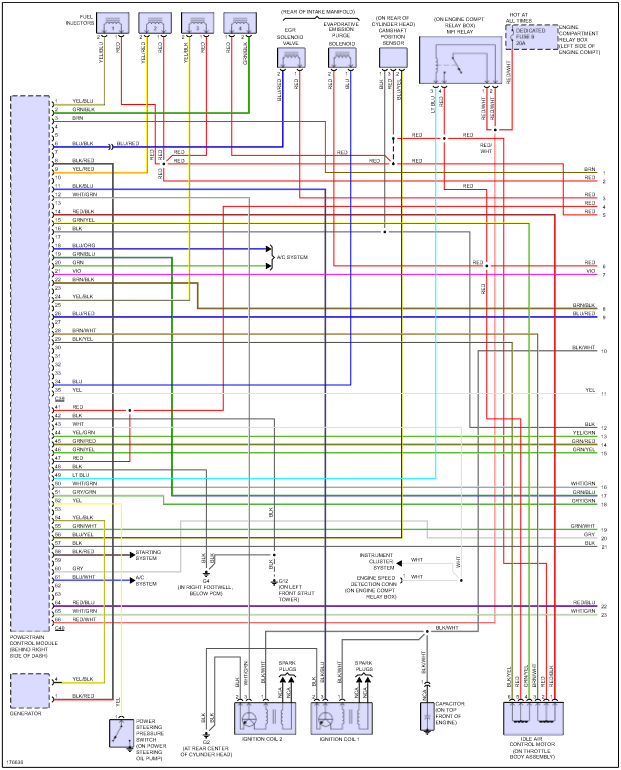 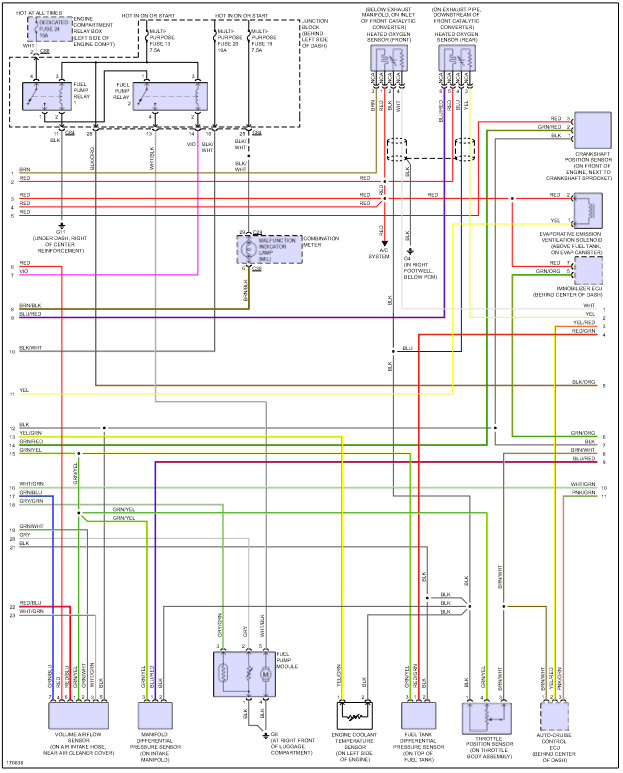 I went ahead and salvaged the car, but I'm posting this for others.

I spoke with a Honda Dealership mechanic and he had seen this exact same scenario, albeit on a Honda. It fried the Power Distribution box and I believe that is what happened here.

Not the answer you're looking for? Browse other questions tagged electrical starting mitsubishi galant or ask your own question.