Is it possible to use impact damage on a car to identify the probably make(s)/model(s) of the other vehicle involved in the collision? For instance, say you have a car that has a pretty good imprint of another car, such as: 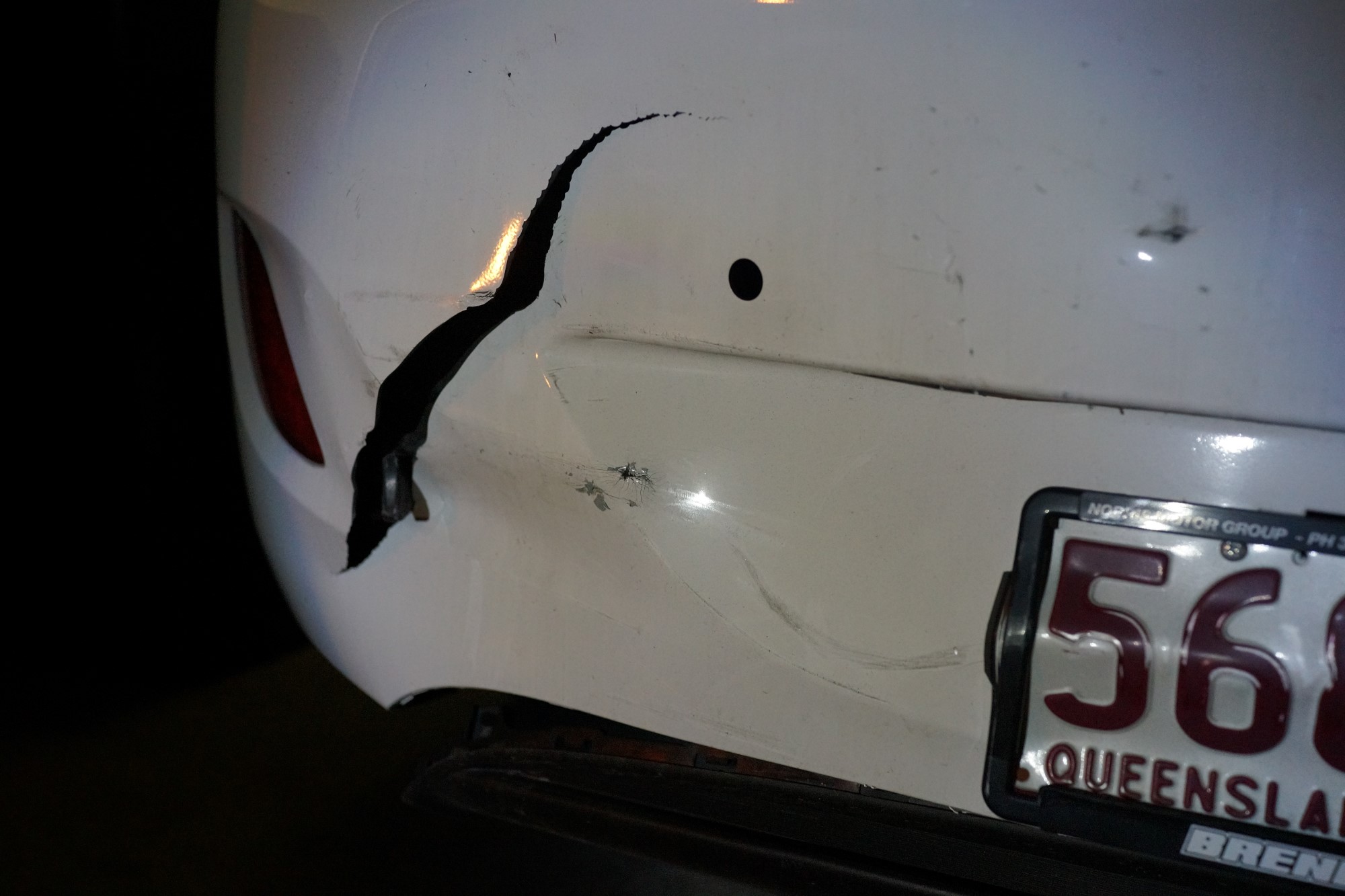 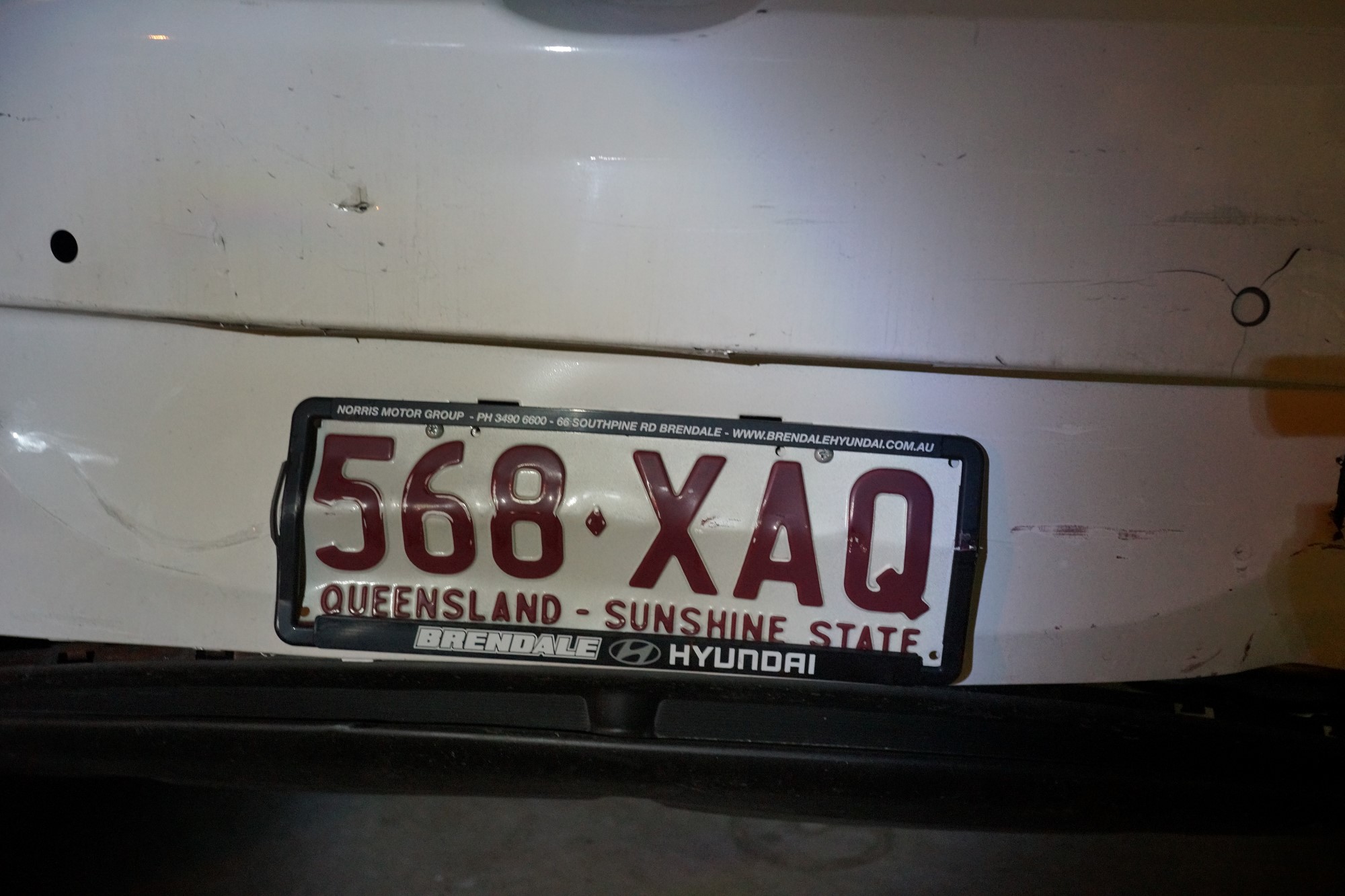 Which seems to include a fairly clear outline of the bottom edge of the other vehicle's bumper: 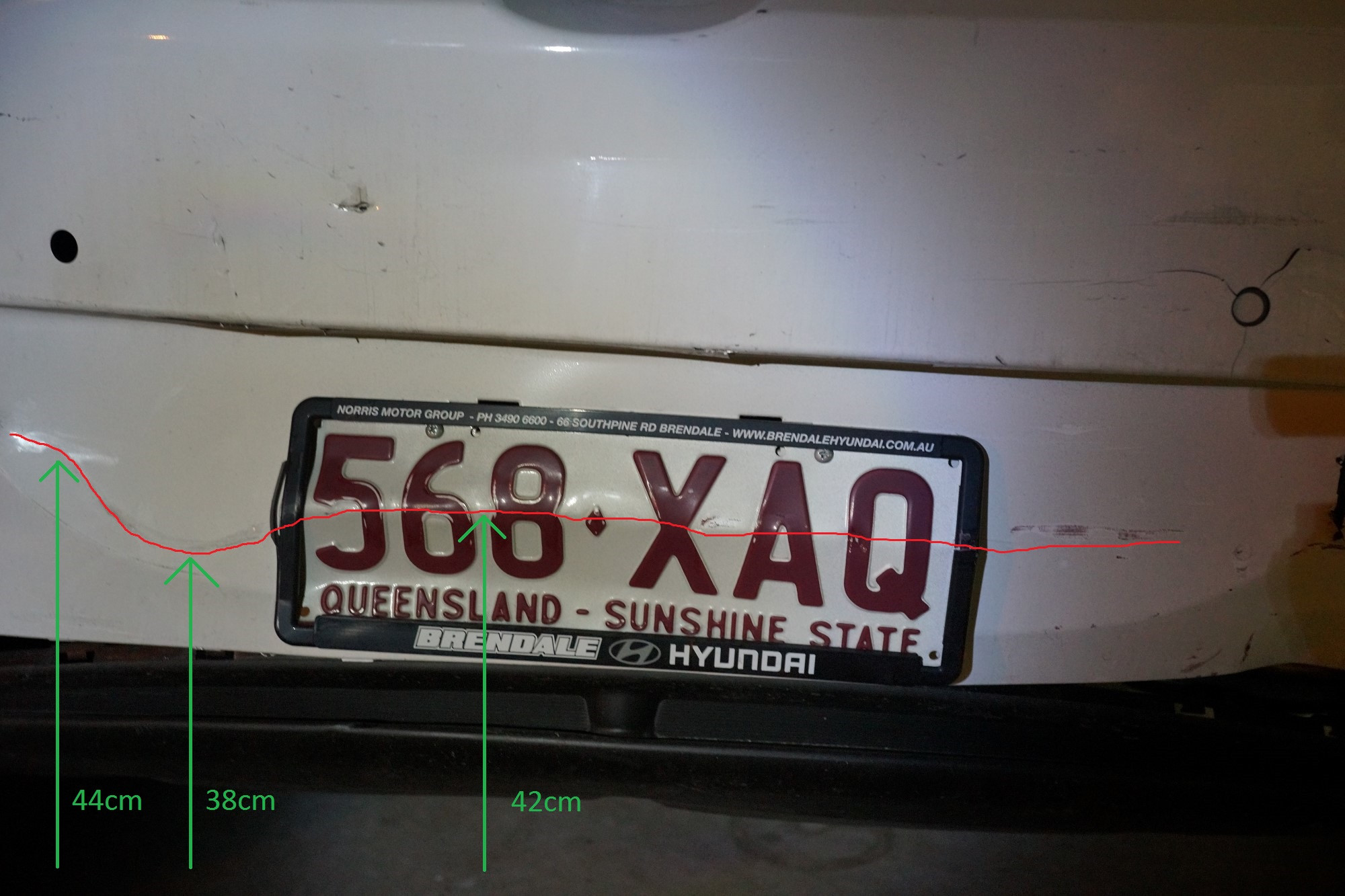 Given this contour and the height of the impact site(s), is it possible to work out which vehicles might have caused this damage and if so what are the most likely candidates?

First off sorry to hear about it, that totally sucks! Your best bet is to call the police if you haven't already. Leaving the scene of an accident is a crime.

Contour-wise it's theoretically possible to figure this out, but extremely difficult even if all the information is available. A 3D map of the damage would have to be created, and then run through some sort of computer based modeling software which would determine the possible shape of the offending car based on estimates of collision speed, direction and the deformation mechanics of your car's bumper materials. That would then produce an approximate 3D shape of the object that hit your car, which would then be matched to a database of car shapes to find candidate cars, presuming such a database exists. A method such as this could come up with many candidates, and would require a great deal of expertise in computer science - not to mention special equipment. It's unlikely anyone would do this for a simple hit and run with nobody hurt.

From a forensics perspective it's more likely something could be done with paint transfer, at least to get a color. That's not trivial exercise either, so again not something the police are likely to do.

More likely you'll have someone familiar with accident damage look and be able to rattle off the cars it was likely to have been. People whose job it is to analyze traffic accidents all day get a nose for these things.

Not the answer you're looking for? Browse other questions tagged damage vehicle-identification or ask your own question.

4
How much of a VIN code is needed to identify make & model, across model years?
2
Can an alternator be damaged from the shock of a low-speed collision?
2
Dispute with insurance over broken tooth in power steering drive - do I have a case?
2
Can anyone identify the year, make, model of this car?
1
Identifying the Car
0
Possible water damage from puddles?
2
Identifying old car
0
What is the year, make, and model of this car?