Honda Civic won't start after sitting in the sun, but fine if parked in the shade

This is a European model and is NOT OBDII compliant.

All the following is based on a conversation I had with him. I haven't seen the car yet, but he wants me to take a look at it.

He says it starts fine in the morning, fine in the evening, but if it sits for a prolonged period in the sun during the day it won't start. It cranks, but won't start. If he drives it and shuts it off it will restart with no problem. If he parks in the shade the problem doesn't occur.

Any ideas what direction I should be looking in? I have a scan tool for Honda that should give me at least basic info. I know the car has a defective knock sensor, but doubt that's connected.

So my friend brought this car back to me saying he's been having the same problem all year. I got to inspect it this time. I pulled the PGM-FI relay, pulled the box off of it and all the solder connections look fine. No evidence of them melting or having any cracks.

Upon replacing the relay I decided to run the key through some on off cycles without starting the engine and noticed that sometimes the relay clicked and sometimes not. My friend pointed out that whenever the car starts, a green key symbol lights on the dash, and when it won't start, it doesn't. We found that there was a correlation between the green key, relay click and starting. No start correlated to no little green key and no pgmfi relay click.

He also said it seems to him to start more often with one key than with the other key. The little green key doesn't flash at any time. It either lights, or doesn't light.

There is also an after market key pad immobilizer.

I actually have a scan tool that will connect to the old 2 and 3 pin Honda OBD1 connector. Would I see some DTC if this is a problem with the built in immobilizer chip / reader system? I'm assuming at this point it's either that or the after market key pad immobilizer...

By the way, these test where done at 10pm in the evening, and I got to see it both start and not start a few times.

so we finally resolved this issue and it was a combination of a defective third-party keypad immobilizer and cracked solder joints on the PGM fi fuel pump relay. 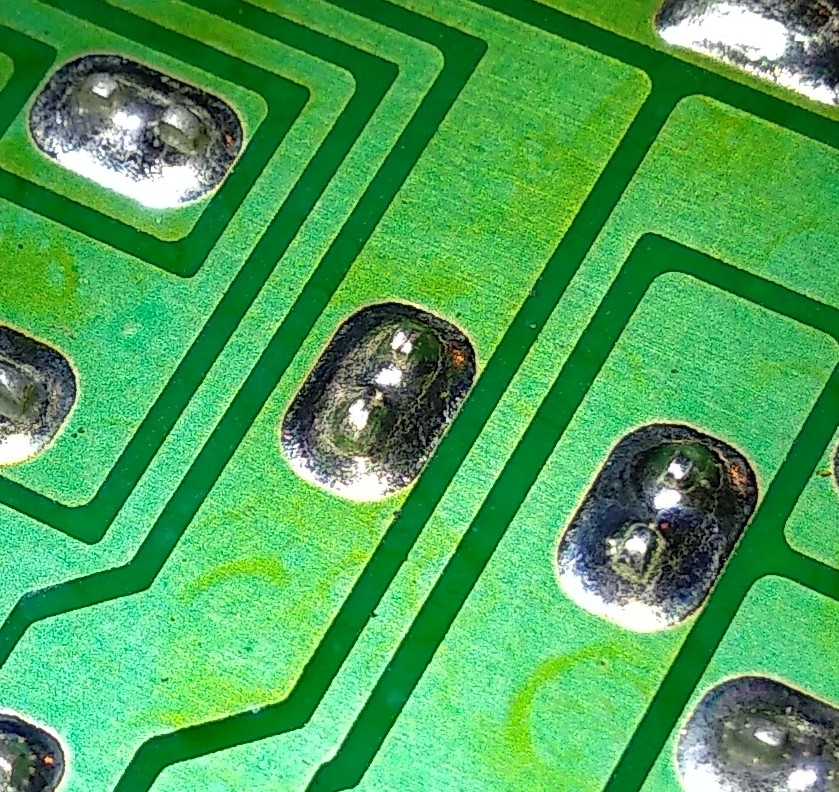 we could see the cracks in the solder joints. Resoldering the joints solved the problem.

Not the answer you're looking for? Browse other questions tagged honda starting civic or ask your own question.