I have a 1996 Chevy G10 with 14x,xxx miles. It has a minor coolant leak. The most obvious indicator of the leak was the distinct "sweet" odor. It is not losing coolant at rapid rate, nor has it overheated on me. I have spotted small, bright orange puddles or drips occasionally but am struggling to pinpoint their location. The leaks are not near the radiator, but further back toward the engine block. I crawled under the van and was still unable to pinpoint the location, but it does not appear to be a hose. At least one mechanic suggested it is the intake manifold gasket leaking. However, I thought this would likely cause overheating or very noticeable driveability problems. The van does run a little rough at times, but I am pretty sure it needs a tune-up, so that could easily be the reason. The van does make a hissing noise when I let off the accelerator though.

Again, I cannot trace the leak; however, I do have some pictures of the general vicinity. 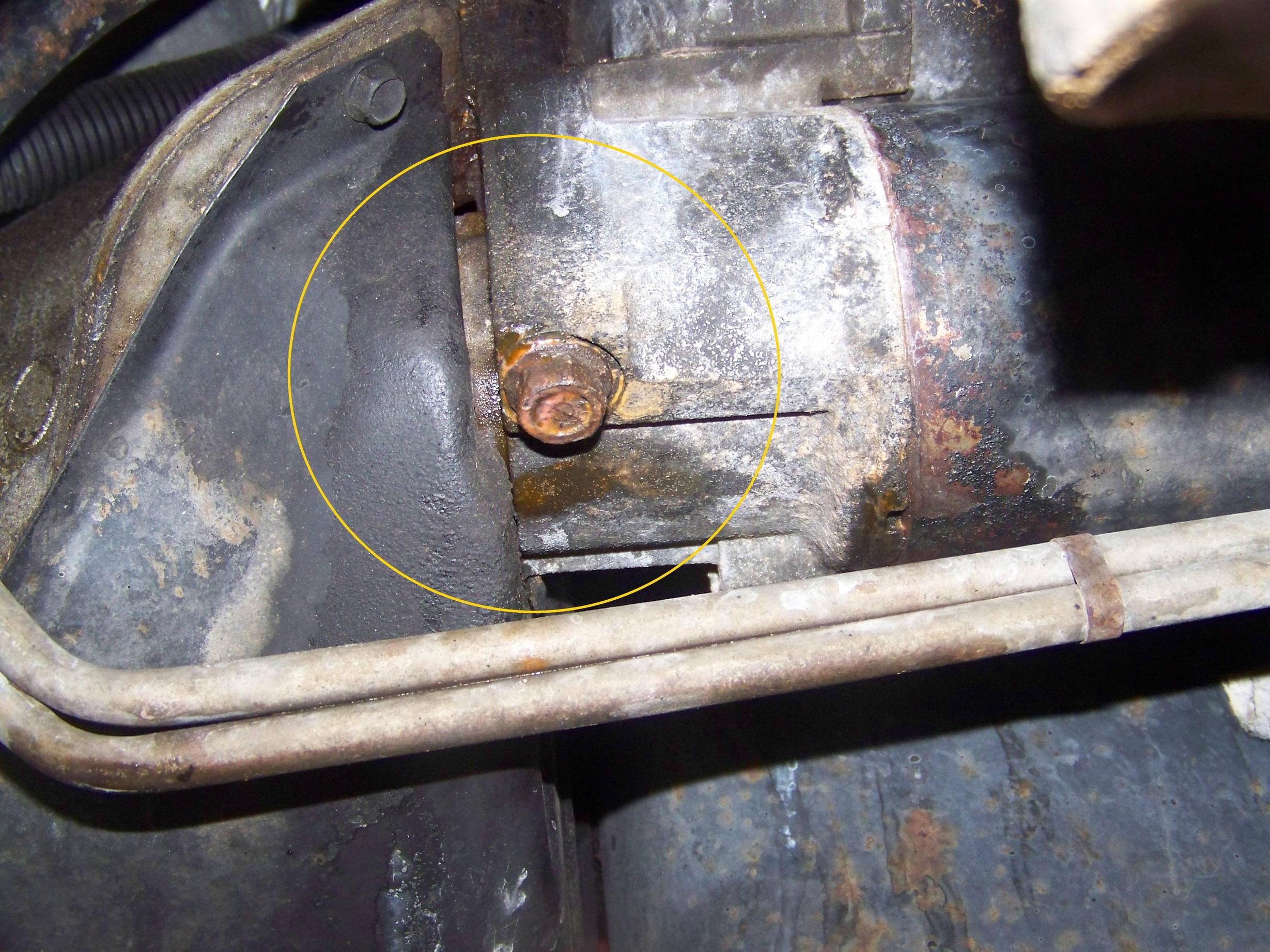 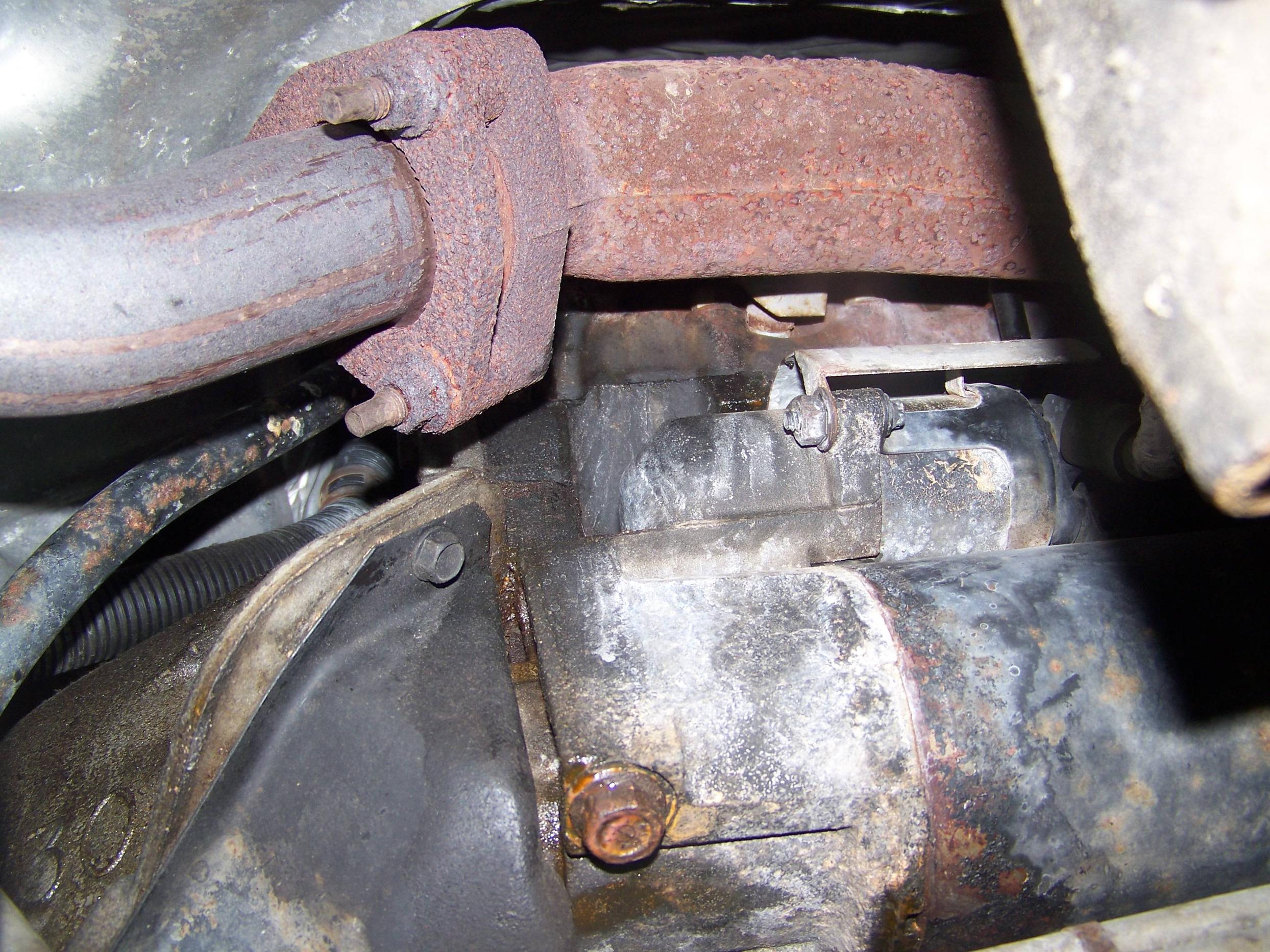 The leak itself is somewhere higher up (the pictures were taken from underneath the van), but the coolant is dripping onto the circled part and the small metal pipes (visible in the first image) below. However, I am also unable to locate the leak from opening the hood and looking at it above; it seems to be too far back.

Small leaks can be difficult to pinpoint. There are dyes that can be added to the coolant that will glow when seen with a black light. You can try installing a pressure tester. It is a small hand pump that pressurizes a cold cooling system to simulate a hot pressurized system. I would remove the torque converter inspection cover and pressurize the system. My guess is that a freeze plug on the back of the motor is leaking. With the age and mileage of the van it may not be worth the cost of dropping the transmission to fix the leak. At this point you can just monitor the leak to make sure the coolant doesn't get too low. You can also try one of the numerous chemical coolant sealant additives available. Which ever choice the leak will get worse over time.

Not the answer you're looking for? Browse other questions tagged chevrolet coolant-leak g10-van or ask your own question.