What, if any, kind of mesh can I place over my cabin ventilation intake duct?

I experienced a loud rattling noise when I turned on my Mazda 3's A/C for the first time this season. So, I decided to take apart my ventilation system (cabin air filter compartment, and intake duct under my windshield cowl).

It would appear that someone made a nest in the intake duct, right up against the intake flap/damper: 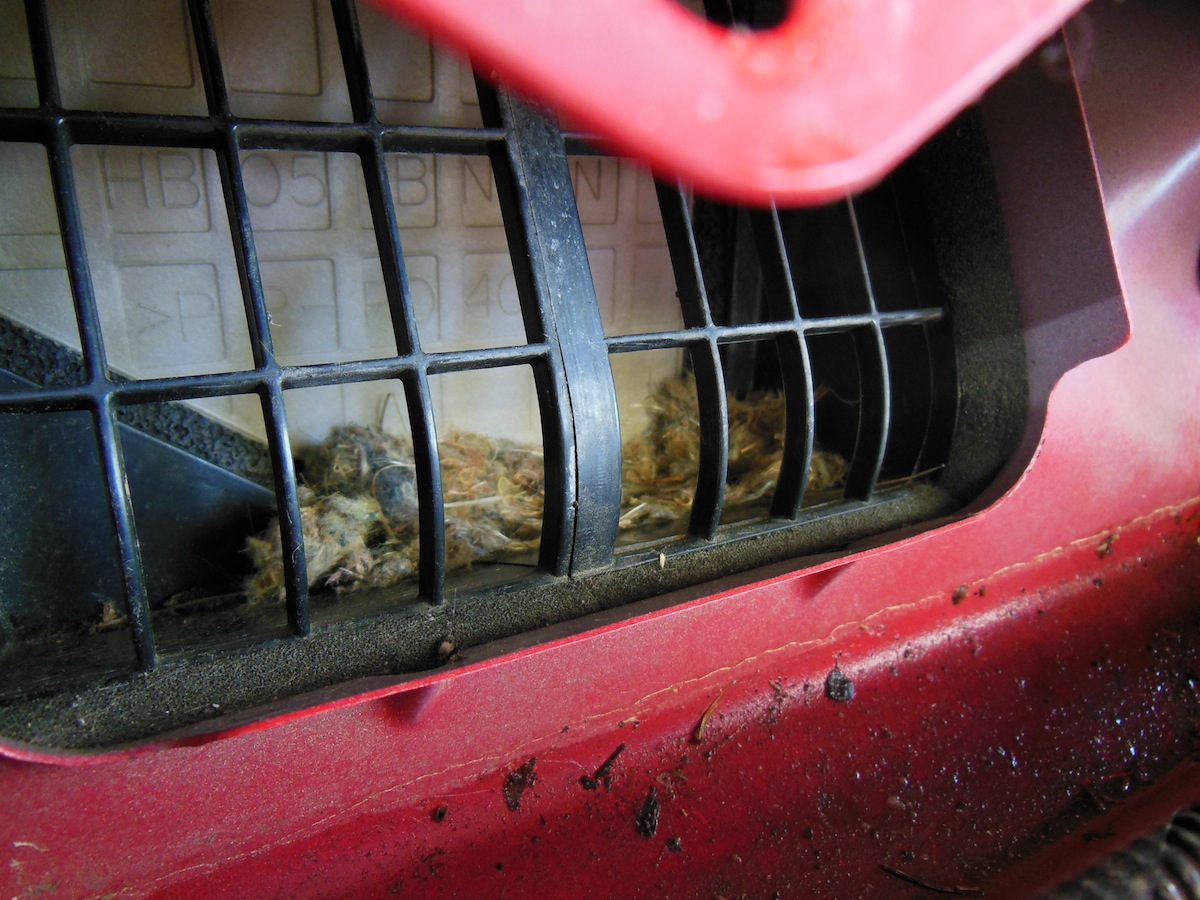 The nest is mainly composed of chewed-off bits of the fiberglass heat shield from my engine compartment. My working theory is that they packed so much material in there that it forced the flap/damper open, and material was pushed down into the ductwork where it lodged against the cabin air filter. Of course this brought moisture into the vents as well and effectively ruined the filter.

Since the Mazda cabin filters are notoriously difficult to access, I'd like to prevent this from happening in the future. As you can see from the photo, the holes in the grate over the intake duct are quite large, easily enough for a mouse to slip in through.

My thinking was that I could try to fit some sort of mesh over that grate - but what kind of mesh would:

Is it possible that there was actually another filter of some sort that has gone missing?

I was going to suggest something like body filler wire gauze but if I remember correctly rodents chew through that. We had mice in a caravan once that chewed through body filler gauze rather easily.

So I'd suggest chicken wire.. I know its got quite large holes in it, but if you buy say a metre or two of it then fold it over itself many times this will effectively make the hole spaces smaller each time you fold it.

Not the answer you're looking for? Browse other questions tagged mazda hvac mazda-3 vents cabin-filter or ask your own question.

3
Does the cabin air filter protect anything other than my lungs?