Why is it dangerous to use tire plugs on long, straight cuts?

My fiend's BMW X3 AWD rear right, run-flat tire got a quite long cut by that triangle shaped steel object in the picture. We got it plugged and it has not been leaking any air since the last 24 hours: 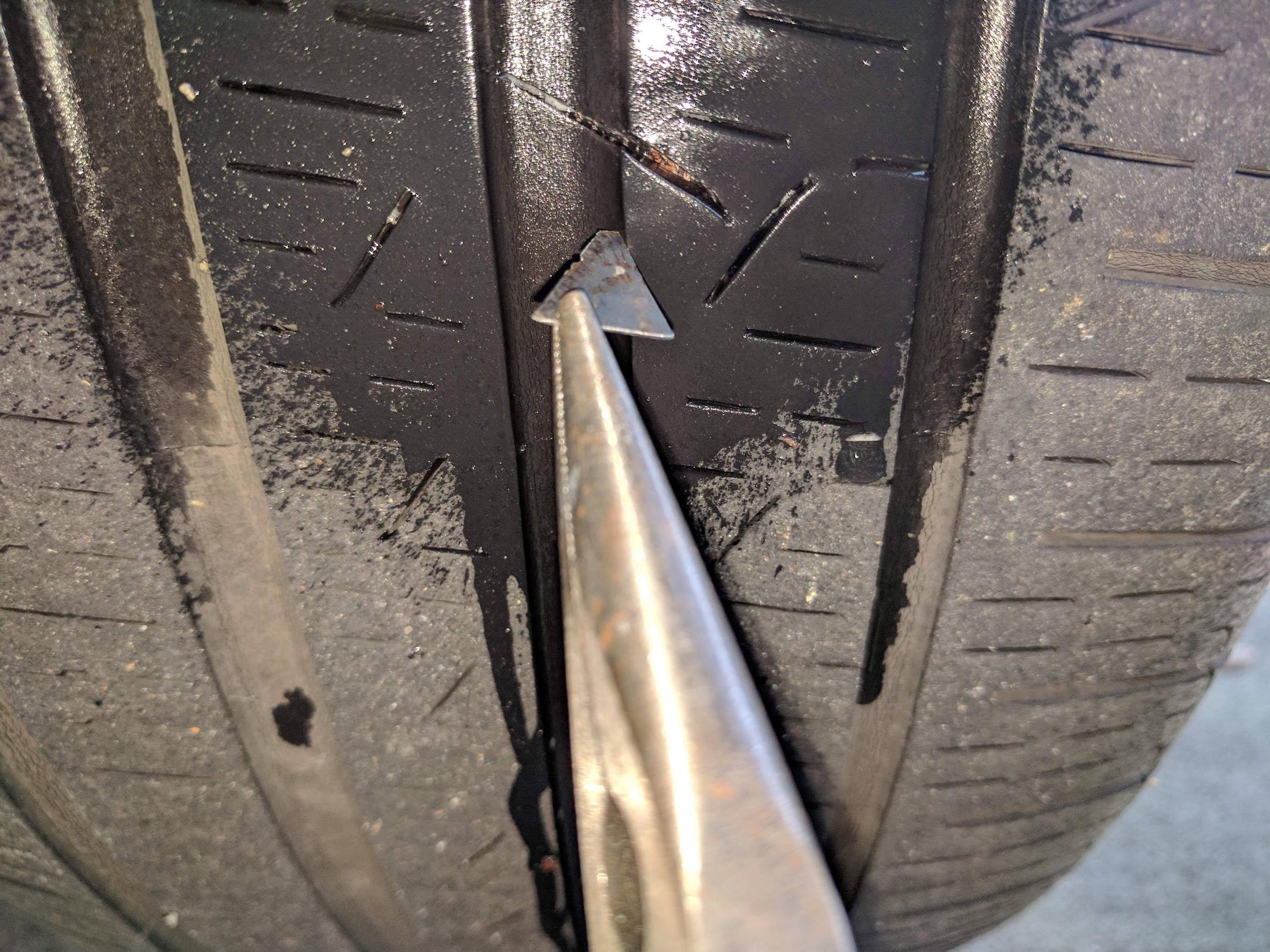 However, as far as I know such long cuts really should not be fixed with tire plugs. What is the reason behind this? Could such repairs manifest in anything else than a slow leak returning? For example, something like a tire blowout that would make the driver lose control of vehicle at high speeds?

Also, these are Pirelli run-flat tires with side wall reinforcement that should be drivable with 0psi pressure for 50mi at 50mph speed. So I would imagine that, if the worst case scenario is that the slow leak simply returns, then my friend will replace these almost worn out tires with new ones, if he really has to.

Because tyre plugs are designed to fill "round" holes made by puncturing objects. Long cuts allow the sides to move apart further as the strength is reduced in the middle, also allows more vertical displacement. This is why there are specifications as to length, width and diameter. I would not suggest testing this repair at (any) speed on the road as it may fail.

Not the answer you're looking for? Browse other questions tagged tires bmw repair or ask your own question.

2
Durability of chrome rims vs aluminum alloy
5
Slow leak that multiple mechanics could not find
4
Tire damage from mounting/unmounting, normal?
5
Plugged tire, should I patch it if it holds air or I'm ok?
25
What is my friend's wife not telling him (about this tire)?
7
Did Mechanics break my TPMS?
2
Fix-a-flat or spare tire?
1
Uneven tire tread causing worrisome traction problems - wlll this fix it?
1
Why are shops that do tire shaving and truing so hard to find?
0
Do run-flat tires mean added inertia, only helping in highway driving?