Why do race cars need suspension?

Consider F1 or NASCAR race cars. From what I understand these cars are not subjected to undulating troubling roads that produce heavy pitching or bouncy motions. The tracks seem pretty levelled. 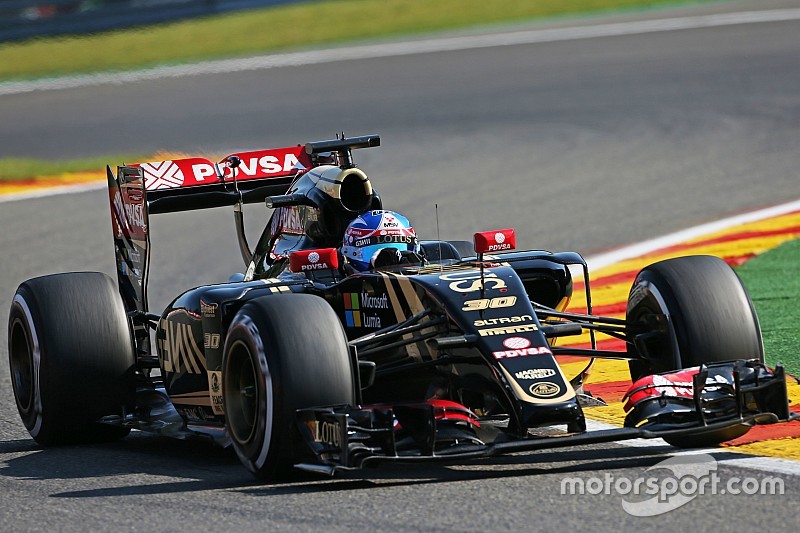 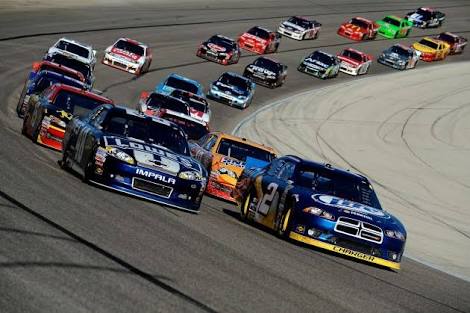 As for rolling, wouldn't there be no rolling if there were no suspensions in the first place. So, then why do these cars require suspensions ? Why add extra weight ?

That last bit also needs to be split into two, as there are two things the suspension is fighting against in order to keep the tires pressed into the pavement:

Since F1 cars and NASCARs do a lot of accelerating, braking and steering, their performance will benefit from a properly tuned suspension.

Weight transfer is a component of physics and Mother Nature.

The truth is NOTHING prevents weight transfer. You might be able to keep tire contact patches flatter on the surface to provide more "traction" and "cornering force". But also understand that everything you do with an independent suspension to reduce the "independence" between sides HURTS one end of the vehicle or the other.

Huh? While the effect of larger anti-roll bars or stiffer springs might be a net-sum gain in cornering performance, it does so by balancing the roll couples in such a way to take ultimate performance away from one side or end, the goal being to balance the vehicle and have more neutral roll couples.

It's a fancy way of saying if you have 4 fingers on your right hand and 5 on your left, you can cut off a left-hand finger for more balance. No suspension spring or lever or torsion bar device "adds a finger".

Suspension on an F1 car, or simply any car, even on mirror glass smooth courses is absolutely essential. It employs clever physics and aerodynamic downforce to sneak up on Mother Nature and go faster. These guys are the absolute bleeding edge of performance, with bajillions behnd them.

Heck, I rememeber when Ferrari (I think; I'm old) made an upper control arm (one piece!) that didn't need a spring - it had a flat section of some odd laminate material that flexed and served as a spring as well as the control arm. They cost thousands each, and had to be replaced after every race due to fatigue.

Racing cars, especially single seaters do indeed have very stiff suspension with relatively little travel, in an F1 car something like 50% of suspension travel comes from the flex of the tyres.

Performance cars are subject to very high loads whenever they accelerate, brake or change direction, ultimately these loads are transferred to the track by the tyres and the amount of load a tyre can transmit before it begins to slide is a function of the vertical load pushing it down onto the track.

A big part of the role of the suspension is to control how these forces are distributed between the tyres. This is further complicated by the fact that cars with down-force generating bodywork are very sensitive to changes in ride height and rake angle, especially in the case of ground-effect down force.

Equally ride height and rake angle can be affected by speed, at higher speeds wings produce more down force and thus more compression the suspension.

Race suspension also supplies adjust-ability no vehicle is perfectly stiff there will always be some flex in the body and tyres but adjustable suspension allows the mechanical behaviors of the chassis to be adjusted very precisely. Bear in mind here that we are talking about very fine margins of performance and complex interactions between, the chassis, tyres and aerodynamics.

It is also important to bear in mind that race tracks are not necessarily perfectly smooth and at racing speeds (the average speed of an F1 car is something like 120 mph) the effect of even modest irregularities in the track surface is greatly magnified. Equally most tracks have substantially raised curbs which the cars need to be able to clip (at least) for best performance.

It is also worth adding that the wheels need to be attached to the car somehow and the loads are the same whether the beams holding them on are moving or not so it's debatable whether there would be any significant weight saving in doing away with suspension. Bearing in mind also that F1 cars usually use torsion springs which are pretty tiny.

Monaco, an F1 track, is on public roads ok obviously closed for the race, but not perfectly smooth so suspension is still needed also for the effect of weight transfer.