I had an overheating issue recently, where the temp went from ~200 to ~290ish very rapidly. I shut the car down and had it towed home. A few days later, when doing a compression test, steam came out of the spark plug holes.

The obvious answer here is a blown head gasket. So, I proceeded to tear the thing down, and found:

The head gasket looks fine. (Note that this is an MLS gasket.) No cracks in the cylinder walls or the head.

The piston tops look a little rough, though: 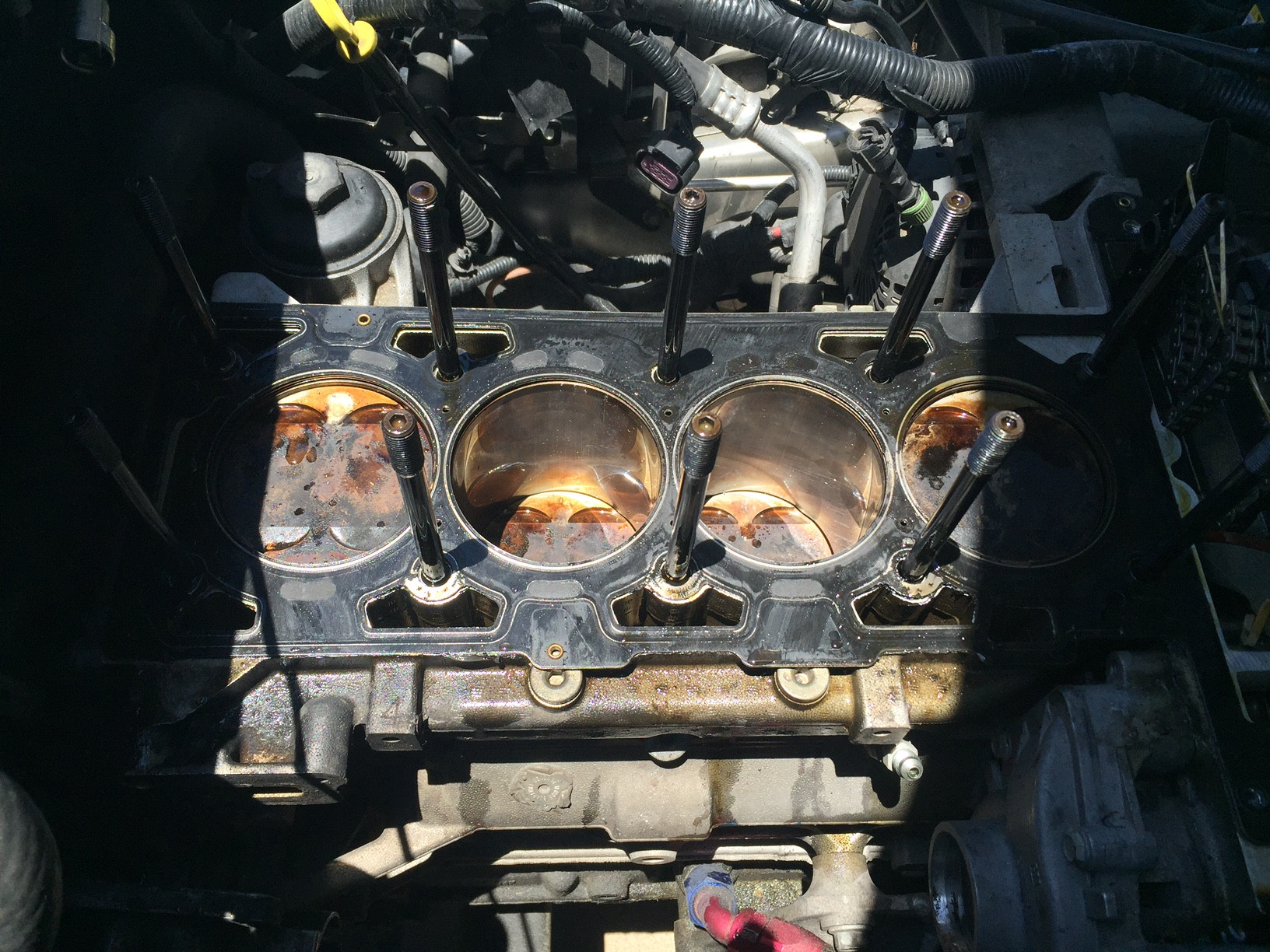 I personally rebuilt this engine about 10k miles ago. Aftermarket turbo, always on 93 octane and Mobil 1. Which may be a huge waste of money but, after one has rebuilt one's own engine, the extra $300/yr seems trivial.

I'm taking the head over to the local machine shop to be inspected, pressure tested & potentially resurfaced. I'd rather have them check it out and find that it's fine than put the car back together and learn that it is not fine.

The only weird thing I found is that the RH head stud (ARP) between the number 1 and number 2 cylinders was loose. But, those aren't really supposed to be super-tight, anyway. After the compression test, though, I could see coolant seeping into the number 2 cylinder when looking down through the spark plug hole.

Also, during the compression test, I found cylinder 2 to be low (around 120PSI vs the spec 150psi).

What looks and acts like a blown head gasket, resulting in coolant in the cylinder, when the head gasket is fine?

Based on the color and condition of the piston tops, is there anything else I should be looking at before I put this thing back together? (I find it odd that they're so clean on the intake side (top in the picture)

To answer the question - moot at this point for you I'm sure, but this is a Question and Answer site after all - What looks and acts like a blown head gasket, resulting in coolant in the cylinder, when the head gasket is fine:

Not the answer you're looking for? Browse other questions tagged pontiac overheating head-gasket solstice solstice-of-sorrow or ask your own question.