What is surface charge and how does it affect battery testing?

I've read in numerous places that "surface charge" can give false positives when testing a battery, and you need to remove the said surface charge to get an accurate result. I've also read various recommendations for removing surface charge such as turn on the brights for thirty seconds, disconnect the ignition and crank the engine for fifteen seconds, turn on your load tester for 15 seconds, turn it off then take a reading after a further 10 seconds of load, or leave the battery sitting overnight for twelve hours.

So what exactly is the science behind surface charge's effect and what's the relative effectiveness of various methods of removing it?

I have often heard this term as well, but have never known the technical reasons or the actual root cause of what is known as a "surface charge". To figure it out, I took a gander at a website called the "Battery University". They state the following about a surface charge:

Lead acid batteries are sluggish and cannot convert lead sulfate to lead and lead dioxide quickly during charge. This delayed action causes most of the charge activities to occur on the plate surfaces, resulting in an elevated state-of-charge (SoC) on the outside.

The cure for a surface charge is reversible, so have no fear. They go on to state:

A battery with surface charge has a slightly elevated voltage and gives a false voltage-based SoC reading. To normalize the condition, switch on electrical loads to remove about 1 percent of the battery’s capacity or allow the battery to rest for a few hours. Turning on the headlights for a few minutes will do this. Surface charge is not a battery defect but a reversible condition.

To get past the surface charge state, you do pretty much as you stated and introduce a load onto the battery for a short period of time.

One of the issues here is I believe a lot of people just call any battery situation where the battery doesn't have very much longevity in cranking a "surface charge", meaning their diagnosis with the battery is actually incorrect. There are other battery issues which people might misstate as a surface charge, yet aren't. Reading through the page, it states a couple of other common battery issues and how to fix them. One of them is Stratification. The page states:

The electrolyte of a stratified battery concentrates at the bottom, starving the upper half of the cell. Acid stratification occurs if the battery dwells at low charge (below 80 percent), never receives a full charge and has shallow discharges. Driving a car for short distances with power-robbing accessories engaged contributes to acid stratification because the alternator cannot always apply a saturated charge. Large luxury cars are especially prone to acid stratification. This is not a battery defect per se but is application related. 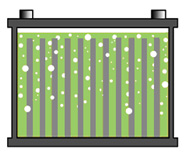 Figure 1 - Normal battery. The acid is equally distributed from the top to the bottom of the battery, providing good overall performance. 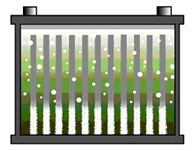 Figure 2 shows a stratified battery in which the acid concentration is light on top and heavy on the bottom. The light acid on top limits plate activation, promotes corrosion and reduces the performance, while the high acid concentration on the bottom makes the battery appear more charged than it is and artificially raises the open circuit voltage. The unequal charge across the plates reduces CCA (cold cranking amps), and starting the engine is sluggish.

Allowing the battery to rest for a few days, doing a shaking motion or tipping the battery on its side helps correct the problem. Applying an equalizing charge by raising the voltage of a 12-volt battery to 16 volts for 1–2 hours also helps by mixing the electrolyte through electrolysis. Avoid extending the topping charge beyond its recommended time.

Acid stratification cannot always be avoided. During cold winter months, starter batteries of most passenger cars dwell at a 75 percent charge level. Knowing that motor idling and driving in gridlocked traffic does not sufficiently charge the battery; charge the battery occasionally with an external charger. If this is not practical, switch to an AGM battery. AGM does not suffer from acid stratification and is less sensitive to sulfation if undercharged than the flooded version. AGM is a bit more expensive than the flooded version but the battery should last longer.

The page is also helpful in giving all of us some tips on how to prolong the life of a battery:

Not the answer you're looking for? Browse other questions tagged battery testing theory battery-testing or ask your own question.

4
would a sulfated discharged 12V battery charge at 12.5V?
4
What's an acceptable battery power drop on light load?
7
New brakes, intermittent ABS light and battery light
3
New AGM 12V battery at 10.8V - charger says it is full
2
How to get a rough approximation of how long it would take to discharge battery almost fully when keep ignition on?