I've been really interested at car suspensions lately and this particular system confuses me the most... 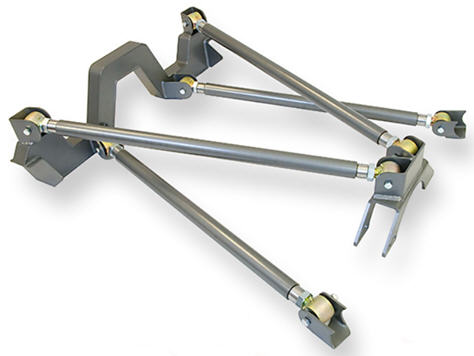 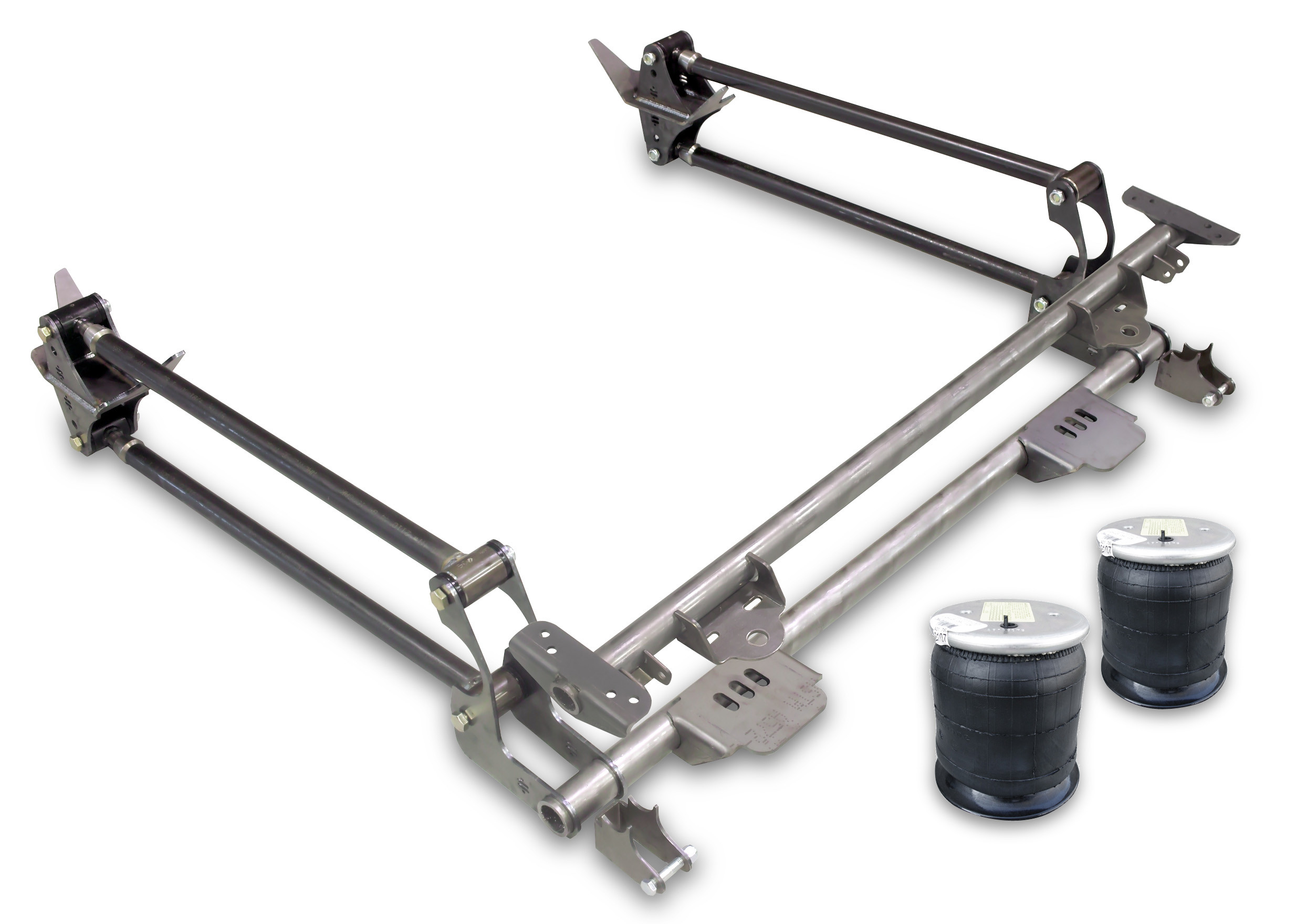 Are they simple hinges or do they also move other ways than that the angle they're placed or am I missing something here? Also, this video only makes it harder to understand.....

The suspensions pictured are of the racing variety. They have small bushings in them making flexing difficult. This is probably why you have a difficult time with them. Racing suspensions are typically very stiff and so the suspension won't move much.

Both of these suspensions were used the the Ford Crown Victoria. 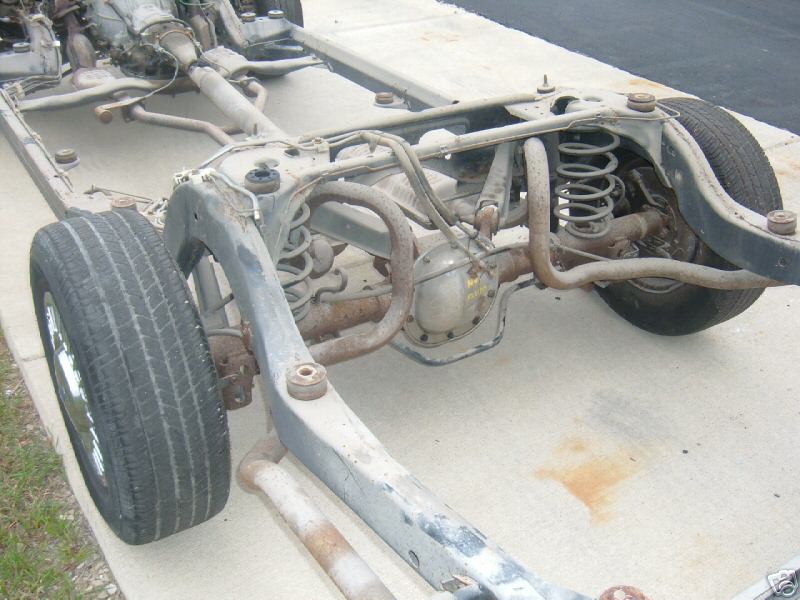 The picture above is an older Crown Victoria. It uses the triangular four link suspension. It's hard to see from the picture bu the bushings are quite large. This allows the wheels to move up and down in unison and individually. The advantage of such a suspension is that it controls both the up and down movement of the suspension but also the side to side movement as well. This is possible because of the triangular arrangement of the upper arms. The disadvantage being limited suspension travel. If you go rock climbing, this is not the suspension for you. 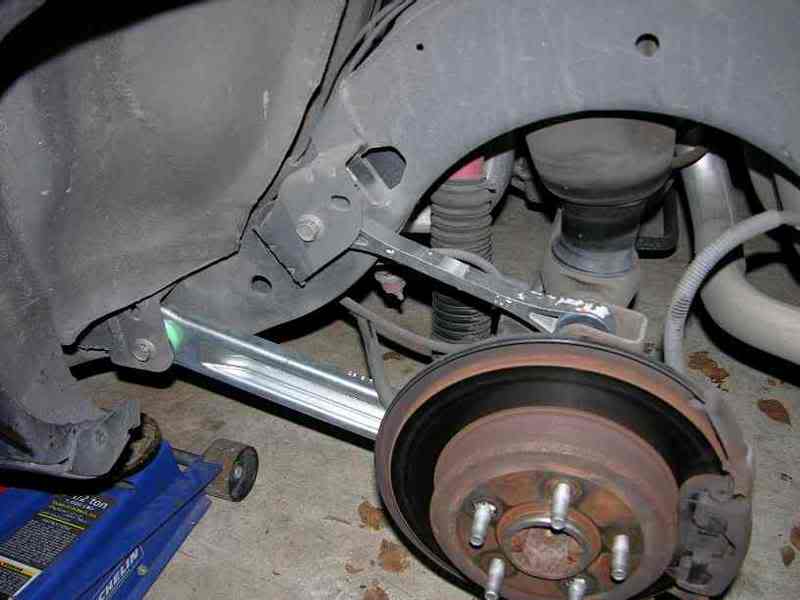 Above is a picture of a newer Crown Victoria. They switched to the parallel four link suspension. The travel of this suspension is grater than the triangular set up. I think the picture better illustrates the actual size of the bushings. Again, this suspension allows for wheel movement up and down in unison and individually. The Achilles heel of this suspension is that while it controls up and down movement it does not control side to side movement, particularly with big bushings. For controlling side to side movement you need a Panhard Rod or Watts linkage. The Crown Victoria chose the latter. 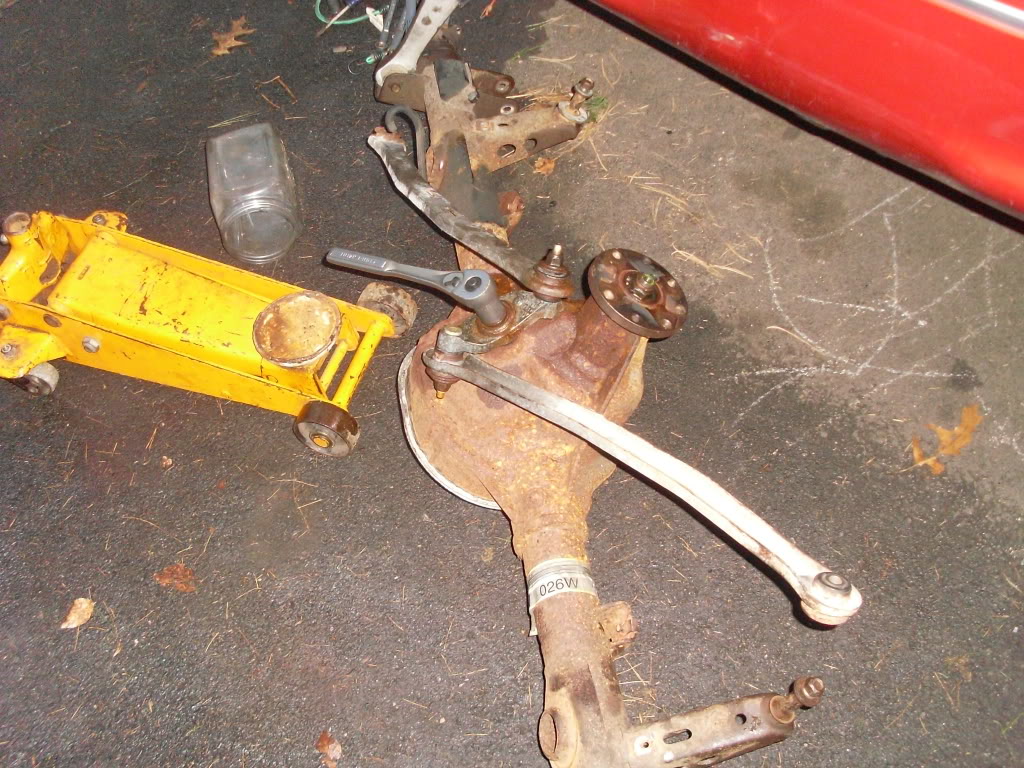 The Watts link is the contraption bolted to the top of the pumpkin.

Not the answer you're looking for? Browse other questions tagged suspension theory or ask your own question.

5
How to improve suspension on my 2005 Volvo S60?
5
How to diagnose "Creaking" / "Scraping" sound when entering parking lots?
6
Host of small performance problems in 2006 Hyundai Elantra
5
Is a parallel 4 link safe compared to a triangulated 4 link?
6
How does hydropneumatic suspension perform vs conventional suspension?
3
Which is the offside link arm on my suspension?
2
Lift Kits or Air Suspension system for my 2015 Ram 4x4?
4
Work over time; humans versus automobiles