Why is the throttle on my motorcycle jumpy? 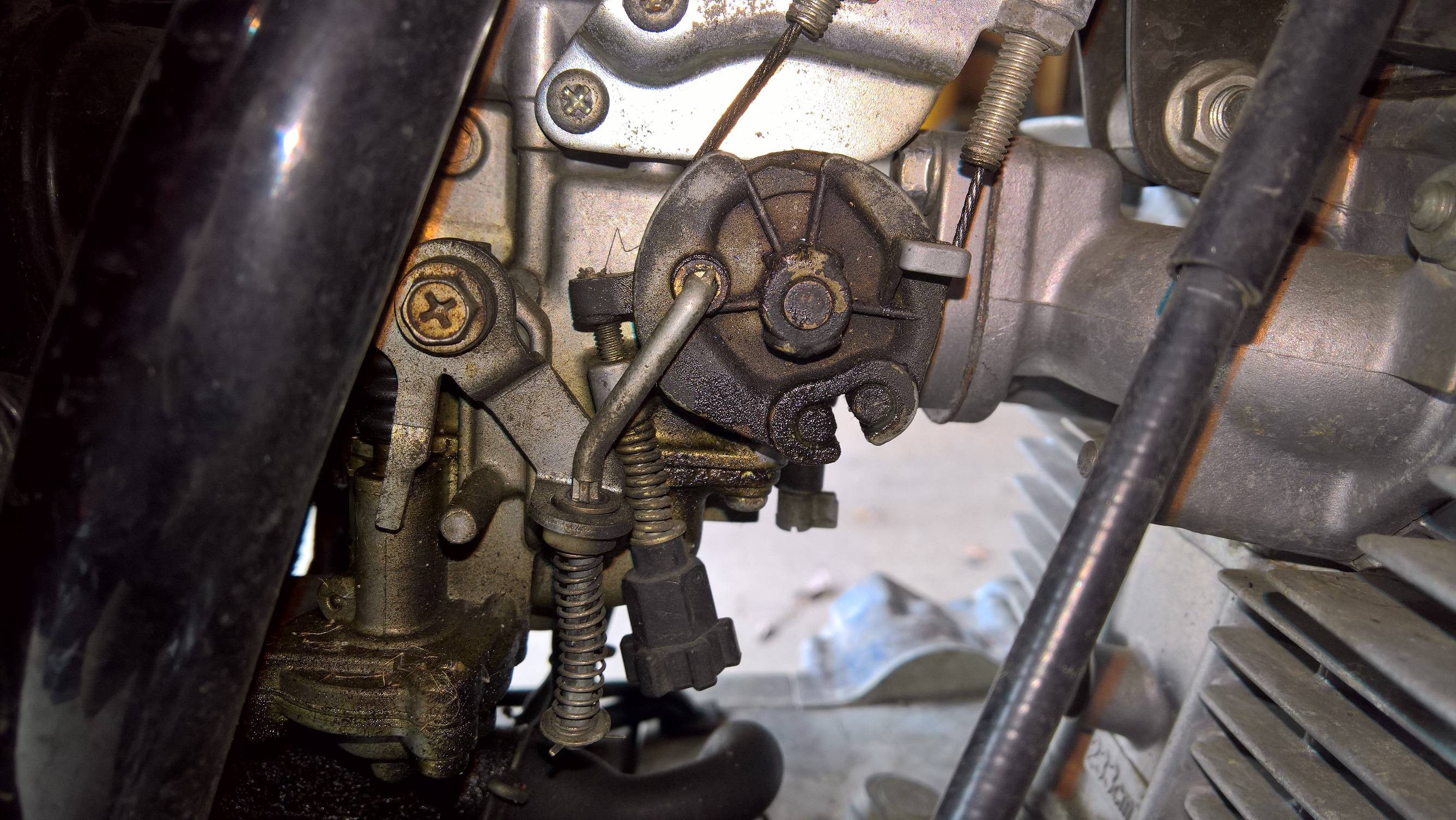 There's a dead spot from rest to about ten degrees into it that's slack, and then the next five or ten degrees into the throttle seems to cut off fuel, so the engine will cut out if I linger in that region at all. This makes the bike pretty jumpy, especially in first and second gear, but it's not an issue at third and above because that area of the throttle isn't being used. I can't ease into the throttle and accelerate smoothly without working the clutch as well.

Is this a miscalibration issue, which I can solve by tightening up the cables, or is it something more serious? I have been having some issues with random stalling, but I don't think that this is related.

It's hard to say exactly from your description, but it does sound like it could be a throttle cable issue, which could be dangerous depending on what's actually wrong. It could be that it's just loose, in which case you tighten it and everything works fine. It sounds like it might be sticking, you have to pull it hard to get it to move and then it all comes in at once, which might explain why you're getting a bit of hesitation. If that's the case you need to get that fixed as it could deteriorate further to the point where it gets stuck with the throttle on as opposed to off, which is very bad. Finding you can't roll the the throttle off when you're coming up to a curve is a badTM situation.

A trip to your local bike mechanic could save you some time here .. In that he should be able to advise quickly as to whether this is likely to be a more simplistic repair, or that more in depth investigation be carried out.

Otherwise.. I would firstly adjust the throttle cables properly or replace them if they're stretched too much. If that doesn't fix the issue start looking for air/vacuum leaks on the inlet side of the motor around the airbox and carburettor housings and tubing. If there is still a problem then perhaps the carburettor requires a strip down, clean and rebuild. Following this the fueling should be setup and adjusted properly, this should eliminate the issue unless there are underlying mechanical issues.

Not the answer you're looking for? Browse other questions tagged honda motorcycle throttle or ask your own question.

1
Why does my motorcycle cut out at random intervals?

7
Motorcycle randomly loses power
5
Should an automatic drop gears while driving flat without using any pedals, or should it cruise?
1
Why does my motorcycle cut out at random intervals?
1
Is a leaky exhaust system on my motorcycle a problem?
5
How can I rev a "drive by wire" car from under the hood?
1
Dominar turns off when I shift to first gear
2
2014 Ninja 300 idle/throttle issue
15
Do I need to take special care of my new motorcycle in this particular scenario?