Is a leaky exhaust system on my motorcycle a problem?

It was really wet and cool yesterday morning, so you could see exhaust rising out of tailpipes clearly. A large amount of exhaust was rising from all around the engine block as I was idling at stop lights on my way home. It appeared to be coming from somewhere on the front of the engine where the exhaust is outputted, but the bike had gotten pretty wet the night before while it cooled enough to put a cover on, so I wasn't sure how much of it was exhaust and how much was steam. There is exhaust coming out of the tail pipes, but I don't know if it's less than it ought to be. 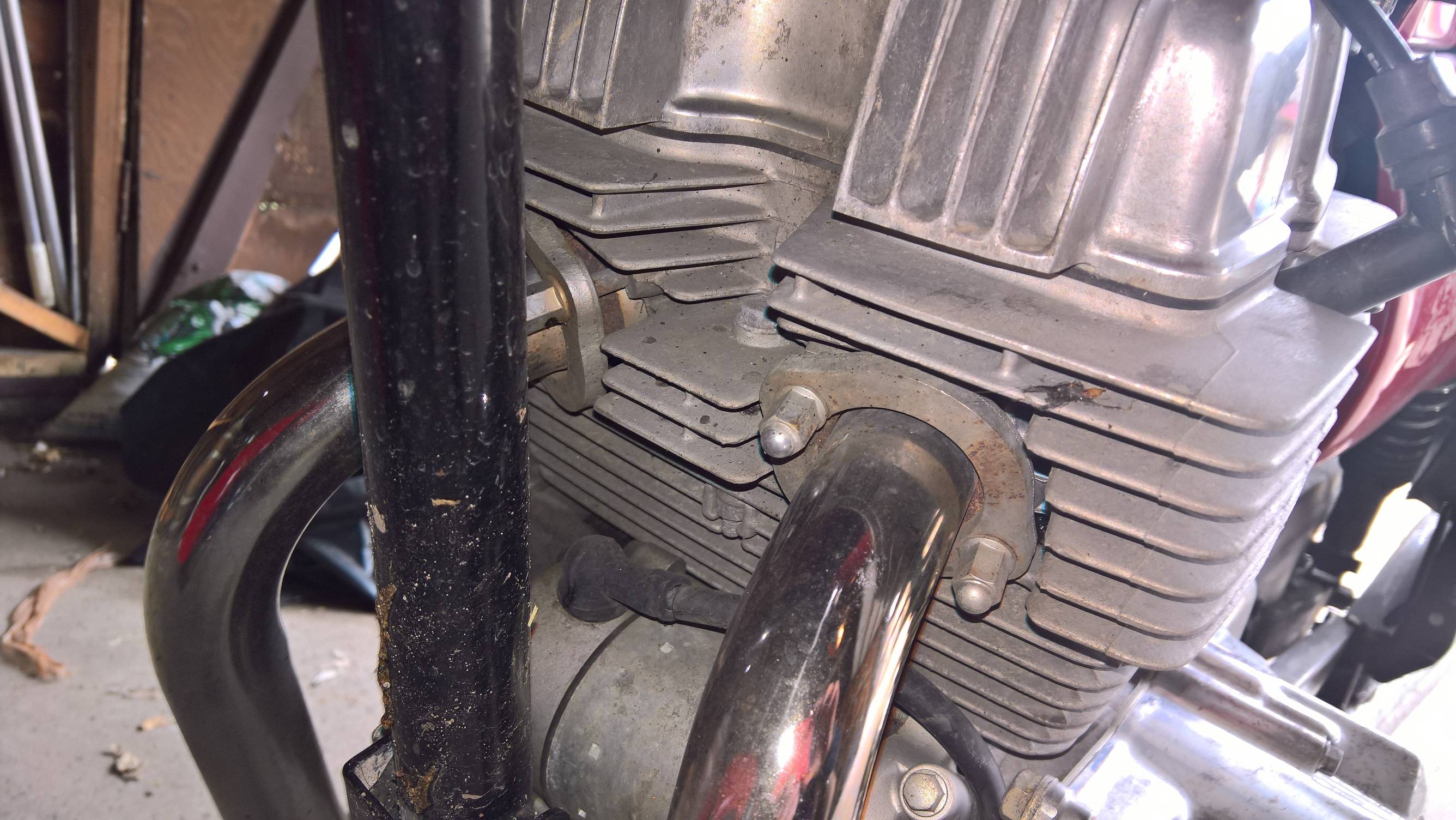 I know that this model has an issue where the exhaust pipe cracks near the shifter/break pedal, but that's not the case here. The exhaust was definitely coming from further up. When I got back home I put it in neutral and felt around the connection between the exhaust pipes and the engine block, but couldn't feel any sort of breeze. By that point it had warmed to the point where you couldn't see the exhaust anymore either, so I'm stumped. I'm tempted to say that it was just steam, but there seemed like way too much for that to be the case.

The reason this concerns me is that when I first got the bike, the shop that I took it into welded up a crack in the aforementioned spot and mentioned that if exhaust wasn't flowing right it could back up and kill the engine (kill as in render scrap). I have been getting random stalling, as mentioned here, so I'm wondering if this is potentially related to that, perhaps the early stages of a terminal problem.

It may have been steam as you mention it was raining/wet. Normally if there is an exhaust leak you will see black sooty areas around any cracks or holes, there doesn't seem to be anything like that around the headers or joints you show in the picture. Everything looks fine there although it would be difficult via a picture to tell if the manifold gaskets were leaking a little. If so its not leaking much.

1
Why does my motorcycle cut out at random intervals?

2
Attaching poorly-fitting exhaust components without welding?
7
How to inexpensively replace missing baffles on a classic bike
6
How does clogging tailpipes result in carbon monoxide in the cabin?
10
Motorcycle exhaust rattling / clunking / popping / burbling on deceleration
12
Can (possible) exhaust system damage cause random misfires?
4
Does water around a gasket imply an exhaust leak
1
Why does my motorcycle cut out at random intervals?
1
Why is the throttle on my motorcycle jumpy?
0
Loud engine-related noises after impact to exhaust system: any recommendations to pursue?
1
Exhaust rebuild '03 Buell Firebolt XB9R