High short term fuel trim on one side when starting car?

Since some time last year I've been getting an error code throw up, with seemingly no regularity:

First thought was to replace the sensor, so that's new but didn't fix the problem. It doesn't happen much when it's hot and dry, primarily when it's cold and/or damp out.

I recently picked up a bluetooth OBD-II live scanner, and looking at the values as I drive, I've learned that, when it does happen, the O2 voltages are pretty much normal, though they'll kind of "stick" on B2-S1 to a number (different each time) whereas B1-S1 will fluctuate normally. I've seen anywhere from .06v to .94v

At the same time, the short-term fuel trim will lock even tighter to a number, and stay that way until it all clears. Most common is 32.8%, but there is some variance from about 30% - 55%.

It'll start normally, then within about 10-30 seconds lock onto these numbers, stay that way for about a minute, then return to normal ranges for both voltage and trim. If the car is started cold then it won't throw a code, but if it's still warm then it will often trigger the MIL and store the freeze-frame data.

Any ideas on what's actually wrong, how to fix it, or more diagnostics to do?

My #1 thought is a vacuum leak somewhere, and I have an idea of which chunk of hose it might be, but I haven't had a chance to find a new one to replace it with. My other thought is the computer having some values stored wrong that I would need to reset (just disconnect the battery). I only thought of this one a day ago and haven't had the time to do it yet and still go on a long enough drive to relearn shift points.

From everything I see in this paper, it seems that it may be related to a vacuum leak.

tl;dr - Check your vacuum lines and make sure none of them are cracked. 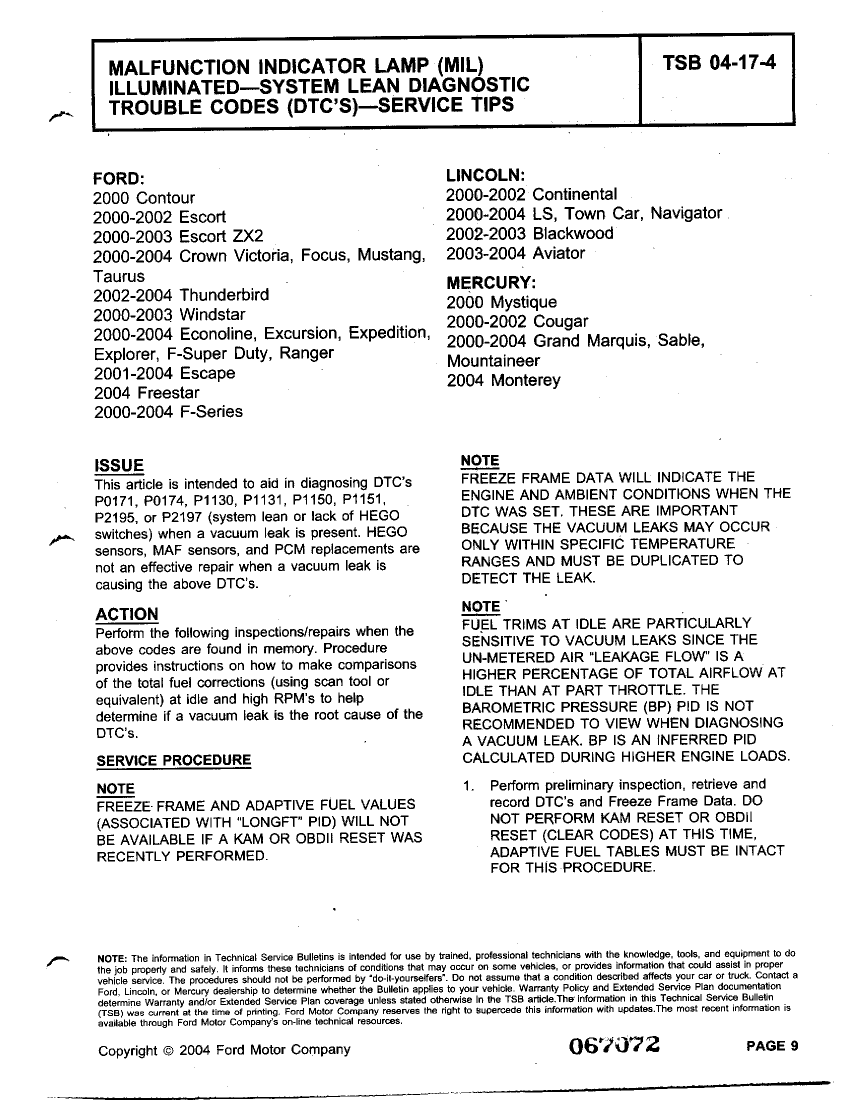 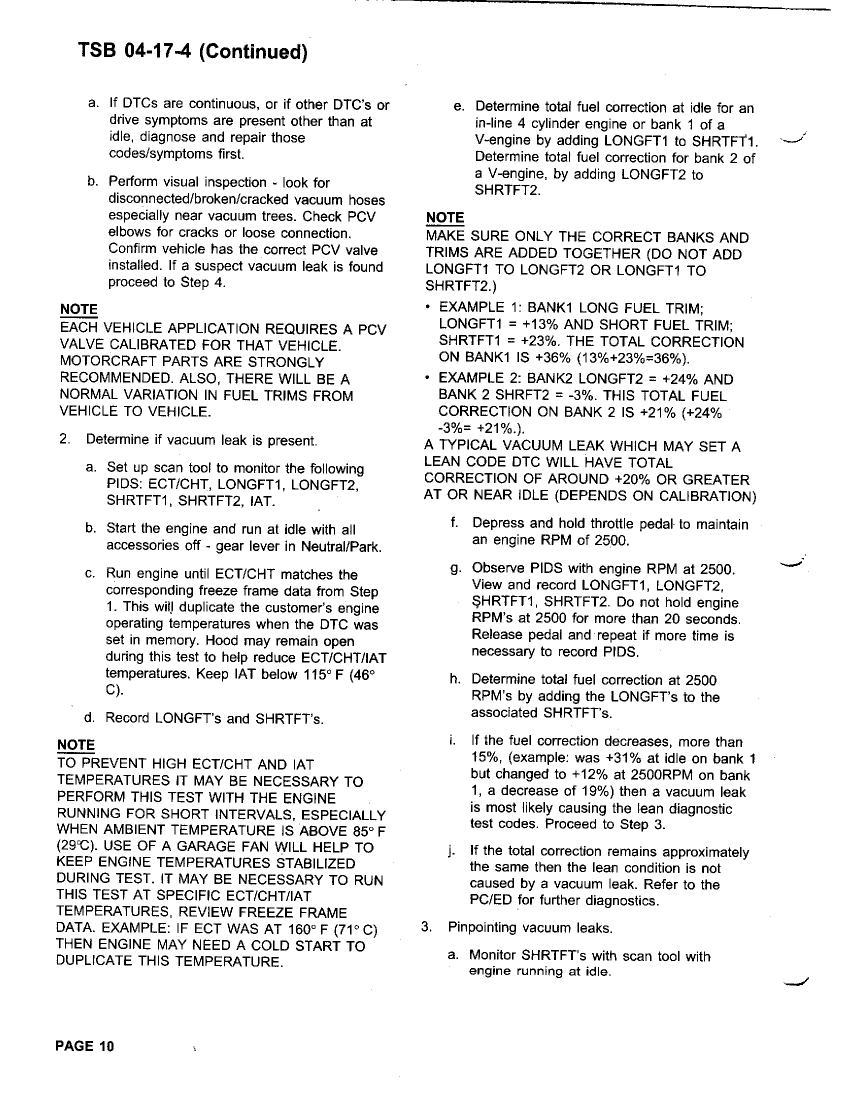 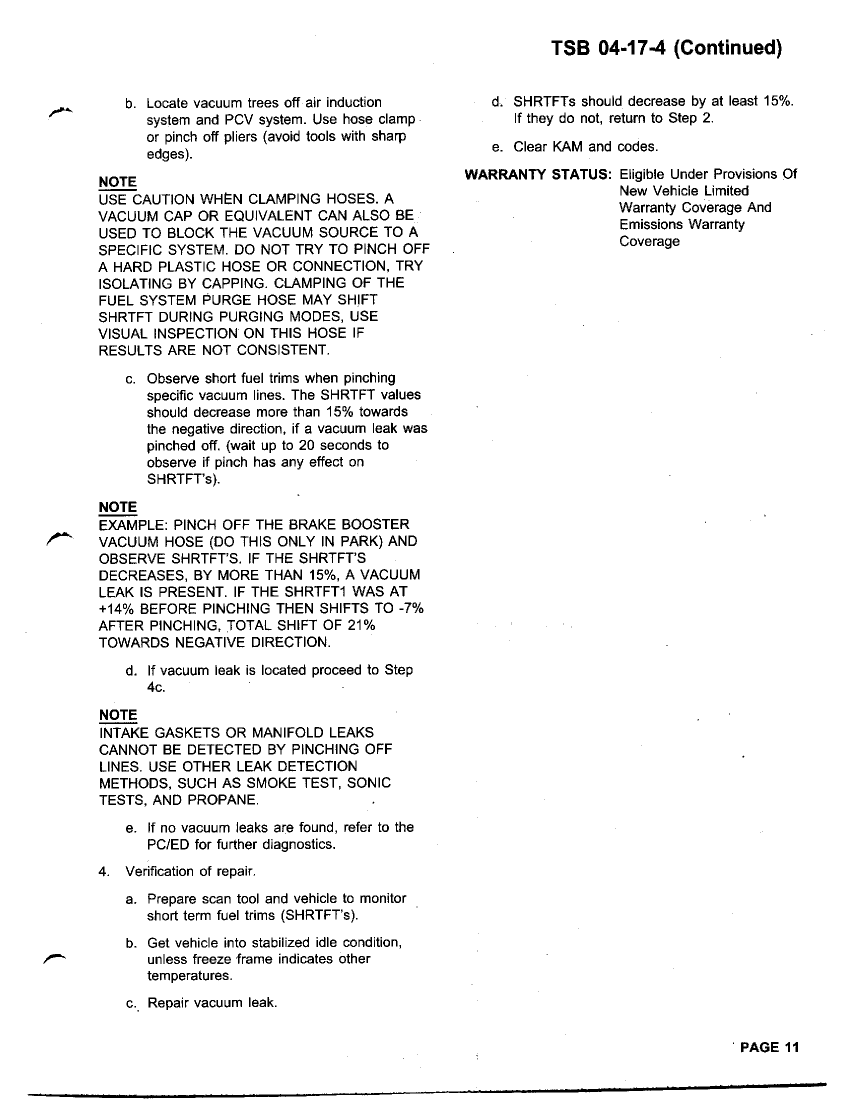 Here are some more ideas from here:

Lack of HO2S-21 Switch, Sensor Indicates Lean Detailed Description A heated oxygen sensor (HO2S) indicating lean at the end of a test is trying to correct for an over-rich condition. The test fails when the fuel control system no longer detects switching for a calibrated amount of time.

Not the answer you're looking for? Browse other questions tagged exhaust o2-sensor ford-panther-platform or ask your own question.