Hood Unlatches but Won't Pop Up

Okay, I've got a 1998 Volvo V70 that takes two people to open the hood. When you pull the release on the inside, it unlatches but the hood won't pop open the inch or two until it reaches the safety latch. Therefor, when you release the release (?) the latches close around the hooks on the hood again. The only way the hood can be opened is if one person pulls the release while another manually lifts the hood out of the reach of the latches. I'm hoping this makes sense?

I soaked the latches in some WD40 with no success - although the release seemed to move a bit smoother. A brief internet search yielded a lot of articles about how to fix latches that don't work at all, but nothing on this. Anyone had this before?

I would guess that there is an issue with the spring on your latch.

Most hood latches follow the same basic design. As you push the hood closed, a bar on the hood pushes into a hook in the latch, and rotates the hook in such a way that the bar is retained by it. As this happens, a spring is tensioned until finally the mechanism becomes locked in place. A cable runs from the latch to your interior where you can pull a lever to open the hood. When you do this, the lock is released and spring rotates the hook back to where it's grip on the bar and the hood is released. The rotation also pops the hood up an inch or two so you can reach under it to release the secondary hook.

There are two springs on the latch. There is likely a smaller spring that pulls on the cable, returning it to resting position once you've released the lever inside the car. The one you're looking for would be a larger spring. If it were damaged or missing, the lock would be released, but there would be nothing forcing the hook to rotate back to it's starting position and prop the hood up enough for you to reach under it. Once you release the lever inside the car, the mechanism would likely lock again, as it remained in the fully closed position.

My money is on that spring. 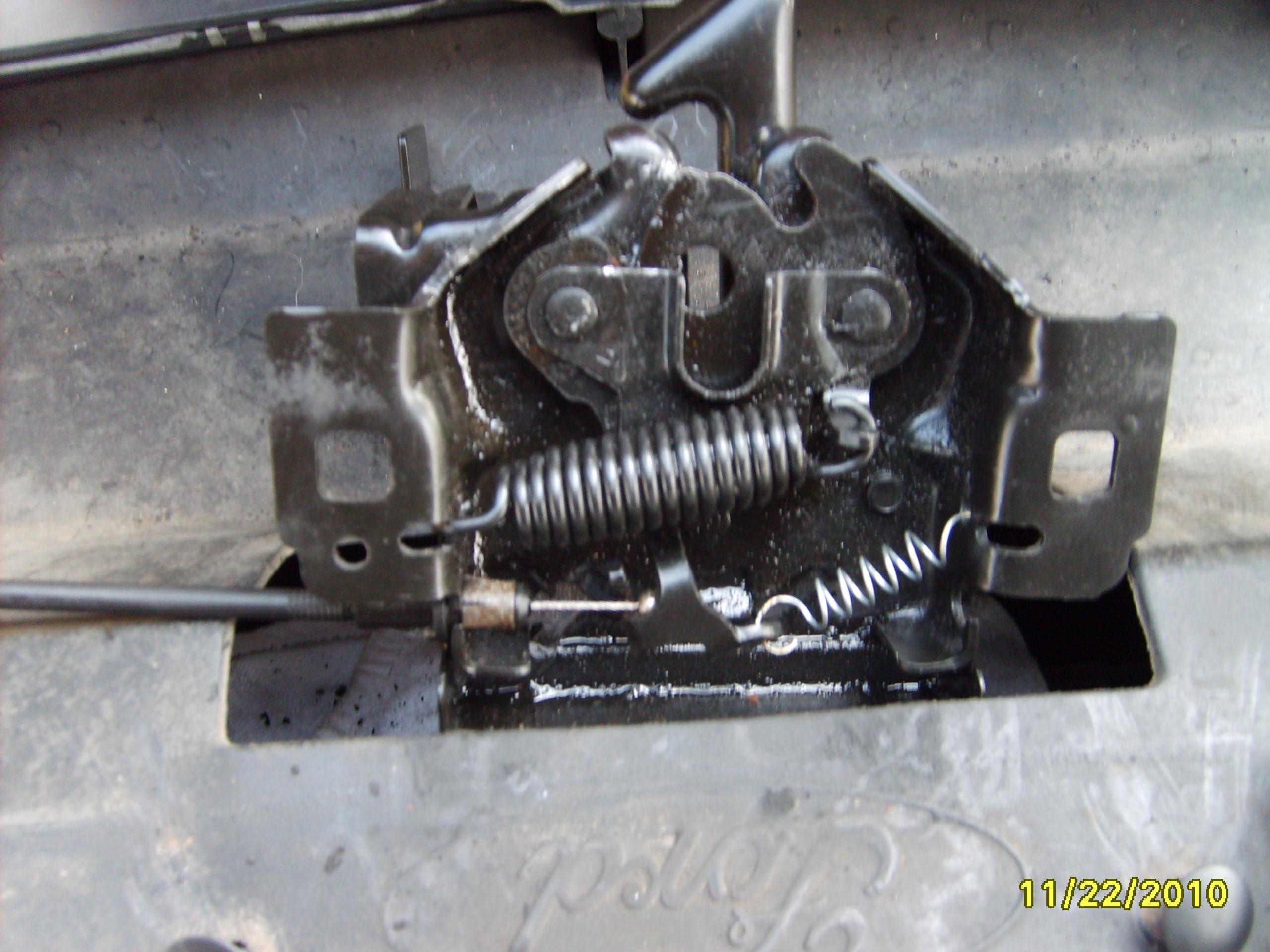 It sounds like there's a problem with the spring that pushes the hood up once the latch is released. On my XC90 it's on the inside of the hood, behind the grille somewhere. It may be mounted to the firewall instead: 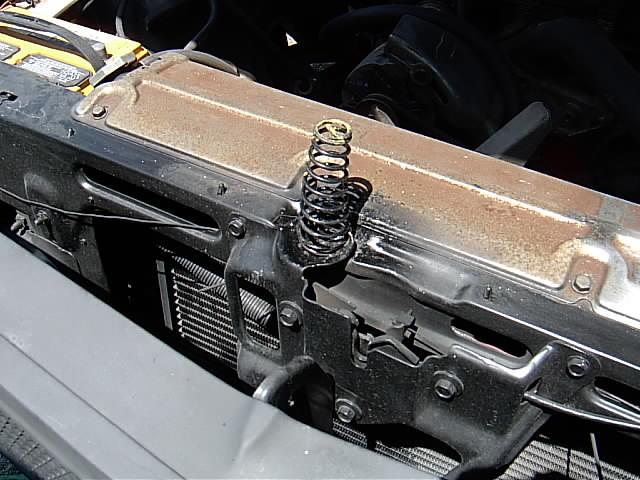 Open the hood and look for that spring. My guess is it's either been squished down over time (in which case just pull it open to expand it a bit), bent and not springing any more, or missing completely.

In the event I'm crazy and there is no spring or wasn't ever one, take a look at this thread. There's a bunch of people with your car discussing your exact problem.

4
Hood on Jeep Grande Cherokee 1998 doesn't close easily
3
Bonnet (hood) release cable broken on Saab 93
8
1997 Subaru Legacy - Hood won't open
3
Needing to drop the hood from considerable height
3
Hood Only Opens When Pulled Up On
1
Engine hood opening
0
Is there a reason that magnetic hood pins are not used?
1
Why did a Corolla's hood latch open suddenly with no seemingly reason?