This valve is pitted - what options do I have?

This is that infamous Exhaust Valve #3 after cleanup. The cylinder had a history of fuel/spark-related misfires.

As the images show, the lip of the valve is pitted. 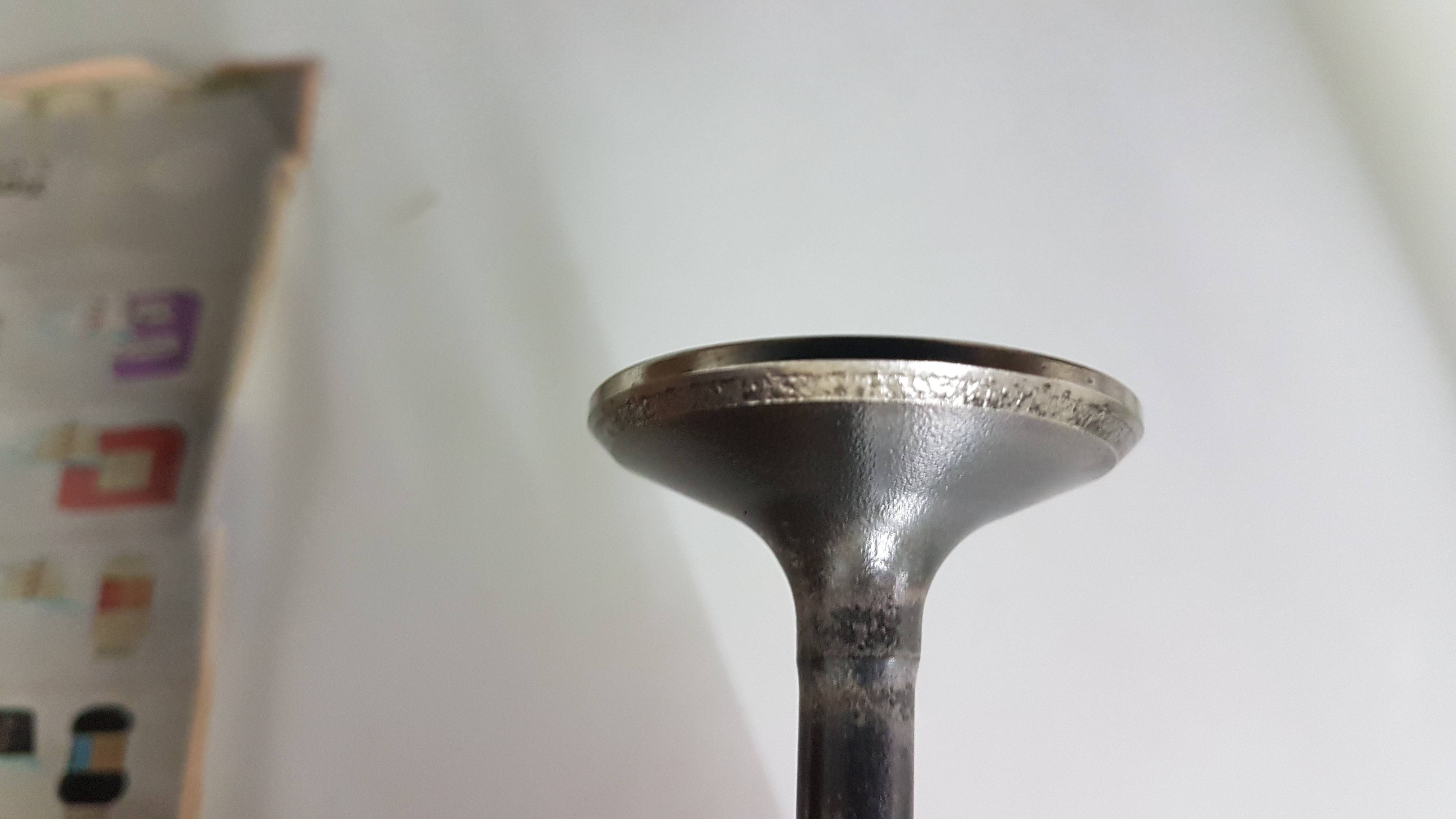 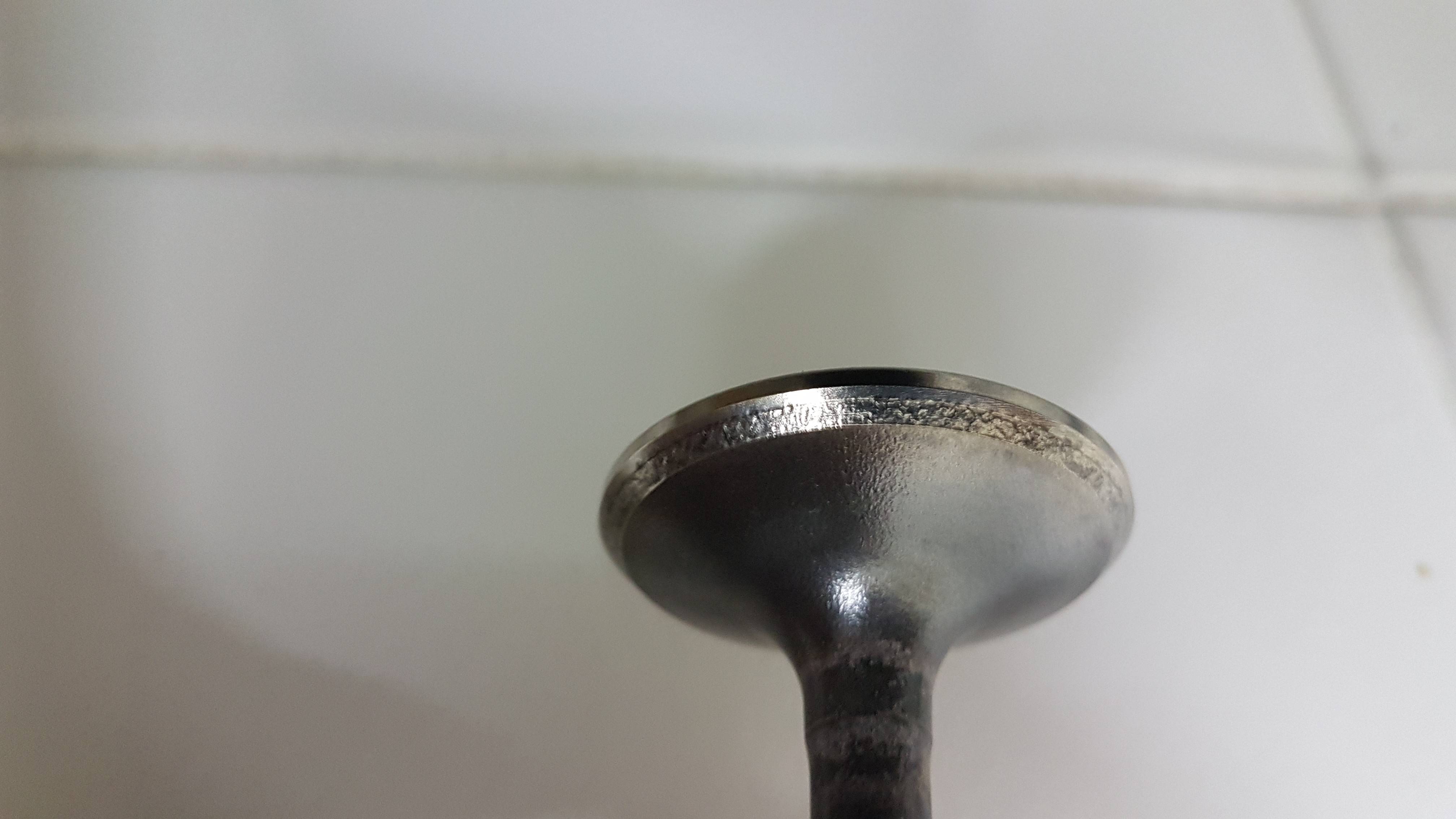 Here is the back of the valve. 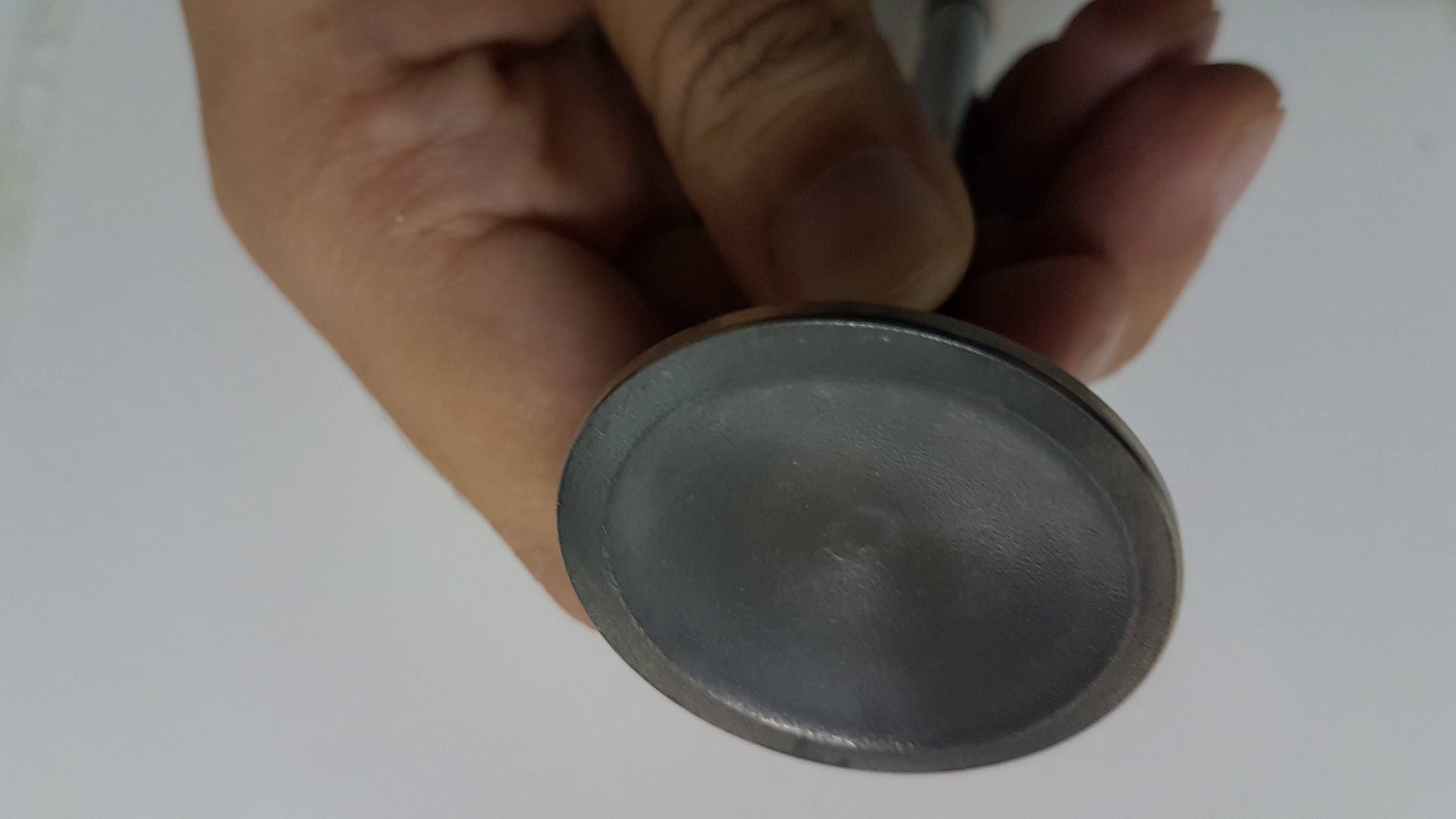 I haven't cleaned the seat up yet but it doesn't look pitted.

Can this valve be salvaged? Or should I repurpose it as a paperweight?

This valve can absolutely be salvaged. You just need a valve job. You can have a look at what's entailed in a valve job by watching this Jafromobile video.

To the uninitiated, I won't go through all of the steps involved, but I'll go over some of the pertinent points so you'll understand why this will work for you.

During a valve job, there's two basic things which get machined: the valve face and the seat.

In this image, you can see which part of the valve is the face: 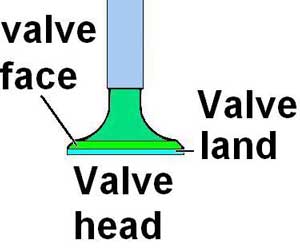 Getting the face recut will in and of itself cure the issue with the pitting. All they do to accomplish it is to put the valve in a mounted motorized stand which rotates the valve at a specific angle. They line it up to a grinding stone and take a little bit of material off of the valve face to make it look just like new. 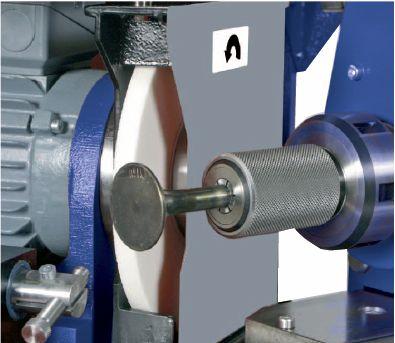 To cut a new seat, they put the head into a fixture, level the head in both directions, align the cutter just right, then have at it (this is really simplified ... there's a lot more to the process.)

Because of manufacturing costs, coming from the factory, most manufacturers will do what is called an interference valve job. They will cut the seat at 45° and the valve face at 46° (or I guess it could be reversed ... don't remember off the top of my head). On startup, the two come together and mate forming a relatively good seal. This is a cheap way to seal valves and get the consumer something which can work for the life of the engine, but really, there's nothing in the performance aspect of it.

Most machine shops will offer a 3- or 5-angle valve job. This will bring in more of a performance aspect for your heads. The idea of having multiple cuts on your seat is to provide a better radius the air will flow by more easily: more airflow provides the potential more power (and you know we all want MOAR POWER!). They can also cut multiple angles on your valves, which has the same effect. The cuts on each go away from each other and the valve face only mates on one of these surfaces (usually on a 45° cut, both seat and face). The valve face is then lapped into the seat, which provides a perfect seal so combustion gasses don't escape during that cycle.

Not the answer you're looking for? Browse other questions tagged chevrolet valve cylinder-head rebuild ls1 or ask your own question.

9
Do I risk damaging the valve seat if I lap this valve without removing carbon build-up?
4
Should I be concerned about eccentric valve rotation?

7
Random Misfiring - Tried All Basic Fixes - Tech Says Engine Ground
5
Reliability of water test for valve seal
9
Do I risk damaging the valve seat if I lap this valve without removing carbon build-up?
3
Is this valve toast or could I possibly salvage it without tearing into the engine?
2
Would using a cooler plug help or even prevent this level of exhaust valve damage
4
Should I be concerned about eccentric valve rotation?
2
Leakdown Test | EJ205 on Engine Stand and replaced all Valves
2
Replaced Head on Propane Engine; Now I have too high compression. Why?