Do these tyre cracks necessitate replacement?

My car has been off the road for a few months, but will be back on it in a few weeks. The other day, I noticed some cracks between the treads on the front tyres. Not sure how long they've been there.

I know tyres cracking can be bad, but I'm not sure how much is required before a cosmetic problem turns into a safety issue.

Should these be replaced? Also, it's really only the front two that have significant cracking. Would it be reasonable to replace them and leave the back two for the time being? 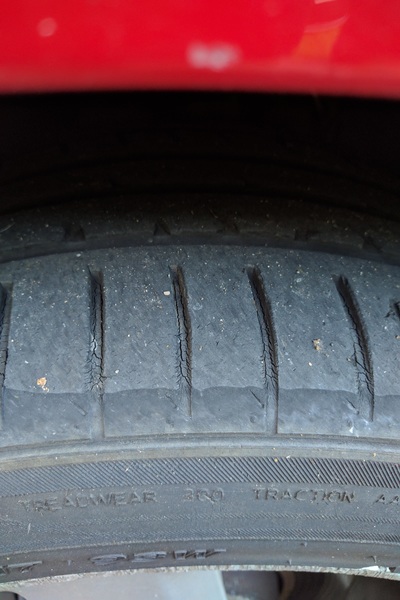 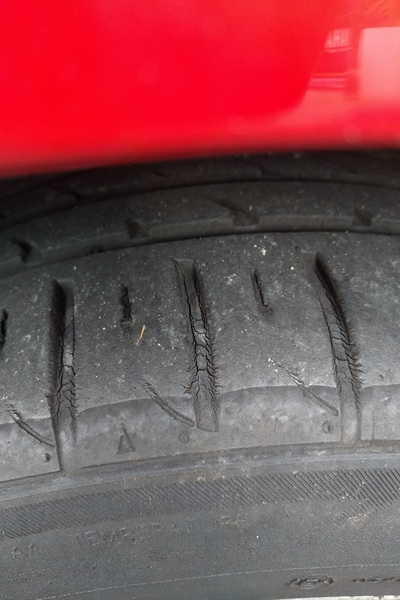 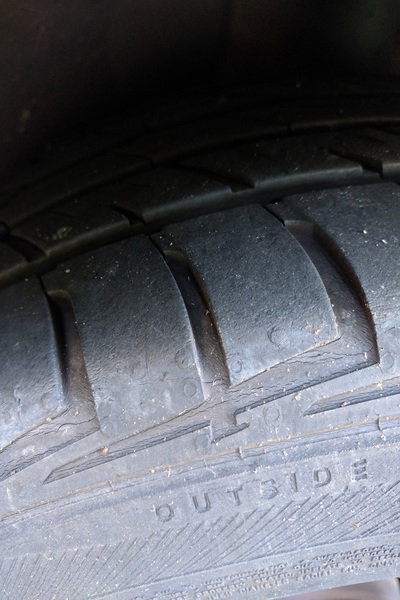 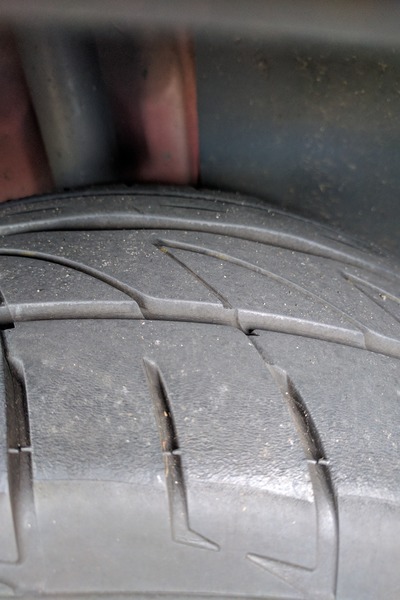 Those cracks are due to prolonged heat and UV exposure. They are a sign that the tires are old and will soon need replacing.

Cracks of this size are not a safety concern in and of themselves but they symbolize loss of grip, which can be dangerous in slippery conditions when braking.

Tires have a protective coating which dissolves with time, ozone, and UV light.

Fun fact, tire cracks are roughly orthogonal to the strain axis, so examining the cracks can give you an idea of how forces in the tire work and also which are most problematic.

Cracks in the tread itself are not hugely distressing in terms of tire failure but will result in less traction. The forces on the tire between treads is not as large as the sidewall.

Cracks in the sidewall are distressing, because they can lead to catastrophic failure of the tire. What you've got there is dry-rot. Those cracks aren't bad, but you probably want to start planning for a replacement set in the next half year or so.

These Cracks are because of long time use of thse tires. Need to be replaced soon. Rear tire seems good.

Cracks between treads is cosmetic and are not a worry unless they are growing or opening. If inner body (belts) of the tire is exposed in the "ozone" cracking, the tire needs to be replaced asap.

Not the answer you're looking for? Browse other questions tagged tires safety cracking or ask your own question.

2
should I change the tyres soon?

5
Which tire pressure is right for my 2008 Toyota Yaris's front tires?
4
Does more frequent tyre rotation make tyres last any longer?
4
Do directional tyres need less tyre rotation than non-directional?
3
Can I change a single worn tyre instead of a pair?
6
Tire sidewall damage near rim cosmetic?
3
Have my tyres been tampered with?
5
Uneven front tyre wear & steering wobble
1
99Honda accord tire size
0
How to raise front of car safely?