How to deal with this type of nut

My wheel bearings are due, and I ordered a new set.

Up to now, I thought I have regular nuts on my hubs which are secured by some kind of sleeve, which in turn is dented into the axial groove of the hub.

When the set arrived, I noticed that this isn't true, there is just a specially shaped nut, as seen in the image. Due to perspective, the new nut looks bigger, but this isn't true, it hast exactly the size of the old nut. Except one point: The sleeve part of the old nut doesn't have a tread, so the material is quite thin and can easily be dented into the groove.

In the new nut, the tread reaches to the front of the sleeve, making the material thicker and more rigid. I guess it will need more force to dent the sleeve into the groove.

So, my questions are: 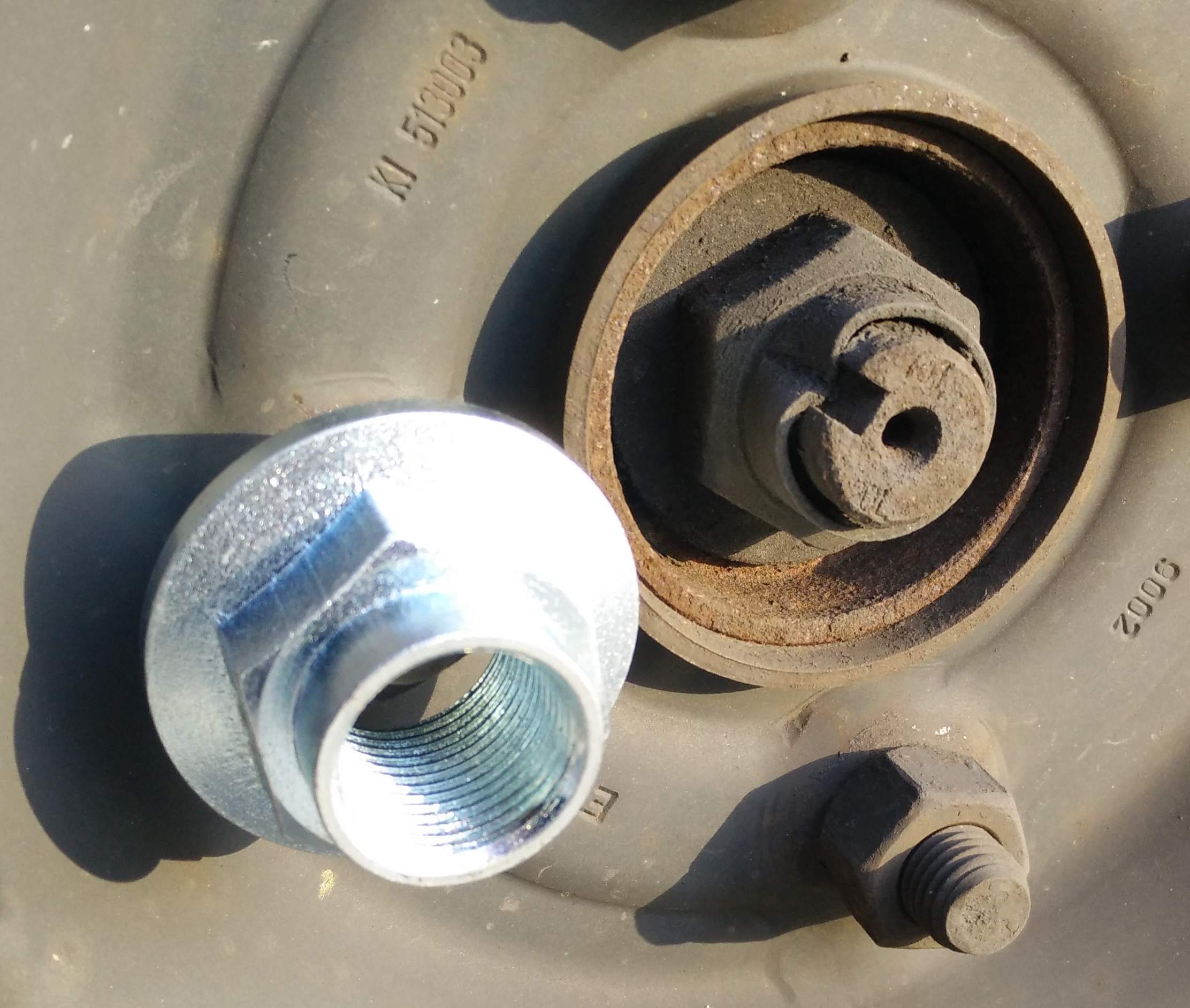 They look exactly the same. The threading is probably the same on both nuts.

Use a hammer and flat head chisel to peen the new nut. These nuts aren't meant to be reused and as long as you're hammering into the groove it's fine

From what I can see the nuts are equivalent, the old nut may have a separate flat washer, that is now built -in to the new nut. The difference of the locking sleeve is that the sleeve on the old nut was machined with clearance so it did not touch the thread - the sleeve on the new nut has an integral thread and you still dent or peen (using a hammer and punch or chisel) the sleeve into the groove on the axle once the bearing play is correct.

Not the answer you're looking for? Browse other questions tagged nut wheel-bearing or ask your own question.

10
Aligning a castle nut with a torque spec to a cotter pin hole
19
Seized nut & bolt - difficult to access
8
Cant Remove Nut on Clutch
1
How dangerous is it to drive on country roads with a potentially failing wheel bearing?
3
Protecting/preventing brake lines' nut seizing by corrosion: paint? Grease?
2
need to remove a broken lug nut: thinking die grinder?
1
Can I use a nut with slightly different dimensions?
10
How should I remove this corroded nut without rounding it?
2
How to unscrew a stuck screw from a U-style spring nut?