Antipollution Fault on a C4 petrol

Had it someone else stall it several times while giving them a spin in an empty car park about 5 days ago (1st gear 1-3mph).

When idle runs 400-500 RPM less than usual, usual being ~1200 and at the moment runs at ~800 and the entire car is shaking almost at the brink of switching off but doesn't just shakes. When driving it, after being off for several minutes it was doing a few RPMs more than 800, and then I believe it went down again when the light came on.

Any help much appreciated.

I've noticed it won't let me go over 4000 RPM, If i try it would start shaking ALOT and would not go over 4k at all, while moving or stationary.

This says "P1340 Significant combustion misfiring on cylinder 4 : Non-identified" Everything is pointing to a faulty spark plug so a good change to all 4 would do the trick ?

Update 2: I just came back from the mechanics, they tried a set of new sparks Engine still misfired so they put my old spark plugs back and didn't charge me. I am unsure of the order they put them back in but the error codes I get are still the same.

What is wort nothing is, prior to me going I opened it up and all the oil in the picture came out of the left most coil (I'm assuming that's the 4th one then)

The oil comes from me missing the hole where the oil goes in.

The entire coil pack had oil on it apart from spark plug number one. Number 4 had ALOT of oil on it and in it (where the plug makes contact) number 2 had a tiny bit inside.

My next option would be to order one of these and replace in and hope for the best ?

I think the spark plugs are a good place to start if they haven't been changed in a while (or not at all).

Well, just looking at the parts and setup for the ignition system on your car, it looks like Citroen made the coils so they are coil on, but all four come as a unit, which means you cannot test the coils directly without replacing them (without expensive test equipment, no would you be able to switch coils to see if the problem follows a coil). This leaves you back at your suggestion of changing out the spark plugs. You could, however, using the current spark plugs, change the #4 with one of the other plugs and see if the miss follows the spark plug or stays at the #4. If it stays at the #4, you can be pretty sure it's a coil which has gone bad. If it follows the plug, you can be sure it's just the plug and go from there.

Since the spark plugs aren't the culprit and you've found a lot of oil in the #4 coil/plug area, it would seem the coil may be at fault. You could try and clean the coil very well with some carb cleaner. This would get most all of the oil out of the coil and it may start working correctly again. If that doesn't do it, you next step is to replace the coil. You probably won't be able to salvage your current coil pack, but it is worth a try. Spending £5 on a can of carb cleaner is at least worth a try considering the coil pack you've linked is going to cost you in excess of £48. 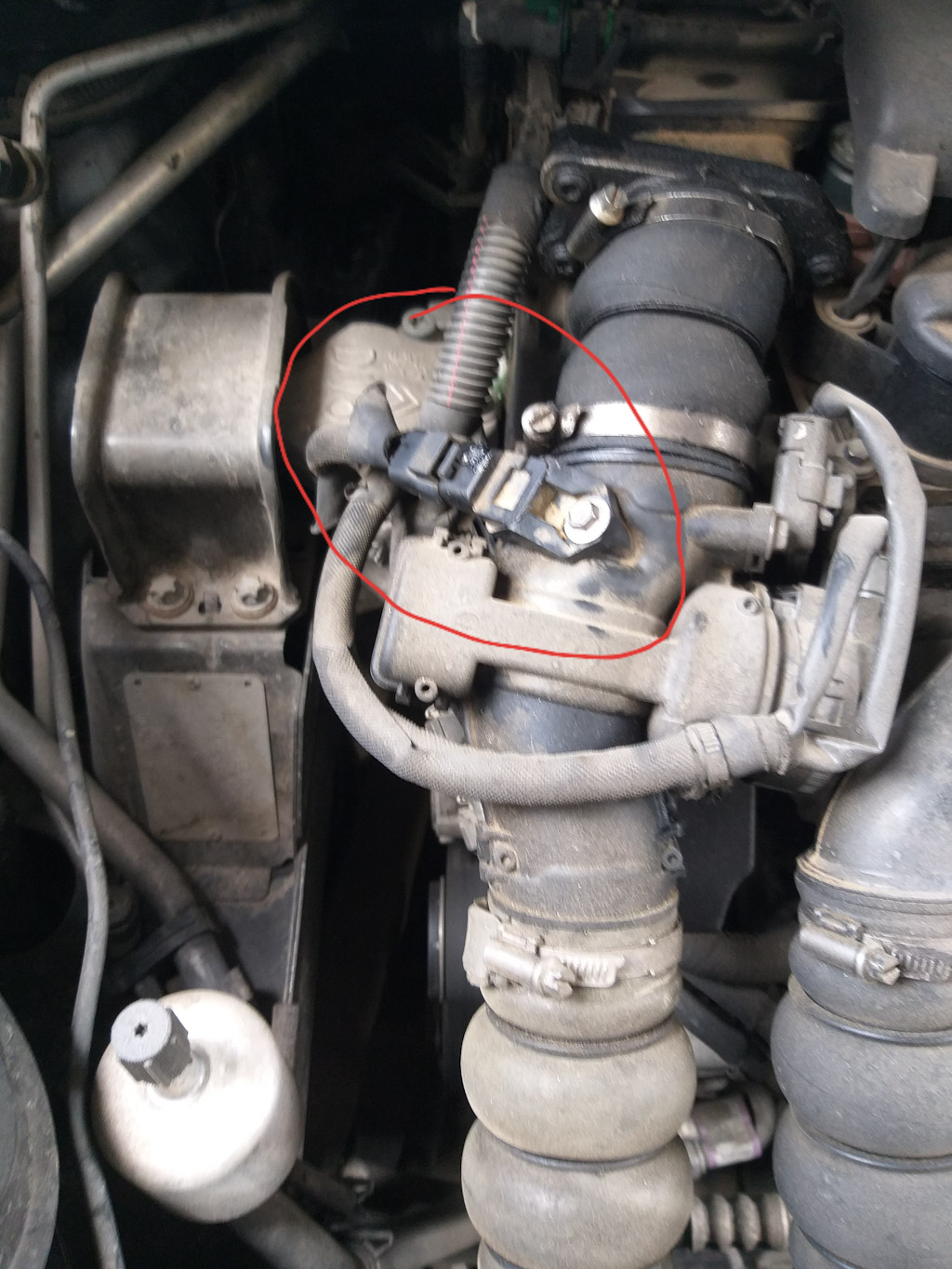 Had to replace this sensor. Now picasso goes like mad. Lucky me I only had to buy the cops cofee :)

Not the answer you're looking for? Browse other questions tagged troubleshooting citroen c4 or ask your own question.

3
Misfire the next morning if car runs only for 15 seconds
3
what would cause the no.1 sparkplug to foul out 10 minutes after replacing it on a 1997 Buick 3.8 v-6 engine
3
Changed Spark Plug Missing (not firing)
8
04 GMC Savanna G2500 4.8 V8 No Power
3
Lawn Mower Motor Troubleshooting - No Spark?
2
My 2005 mazda 3 has power sometimes, runs great, then another ill start it and it has no power it just doesnt wanna go. Gas to the floor and all
2
Suspension problem or broken steel belt in tire?
4
Loss of power below 15 mph