Nicked cam journal - how bad is it?

I was pulling the valve cover off my 2004 Volvo XC90 T6 to reseal it and found this nick in the head in the camshaft journal. The cover is pressed onto dowels mounted in the head and naturally when you use the pry locations the valve cover loves to pop off instead of nice and easily. How bad is it, and what can I do about it?

On this car the head and valve cover are machined from a single piece of aluminum and the camshafts are sandwiched between the two; no bearings and no camshaft caps. The implication, of course, is that if one piece is ruined they must both be replaced. The brown line on the opposite side of the journal is where the oil is injected. 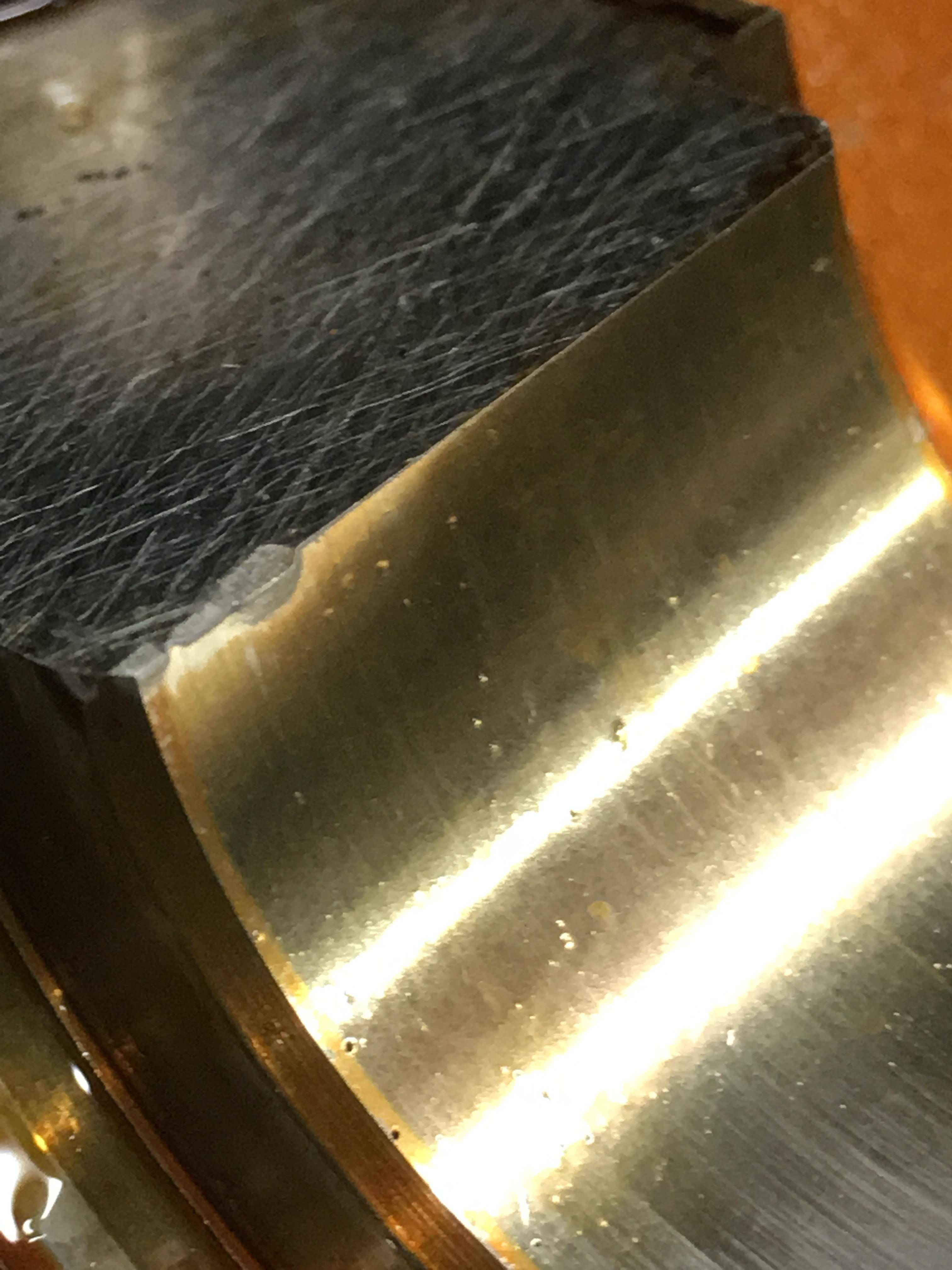 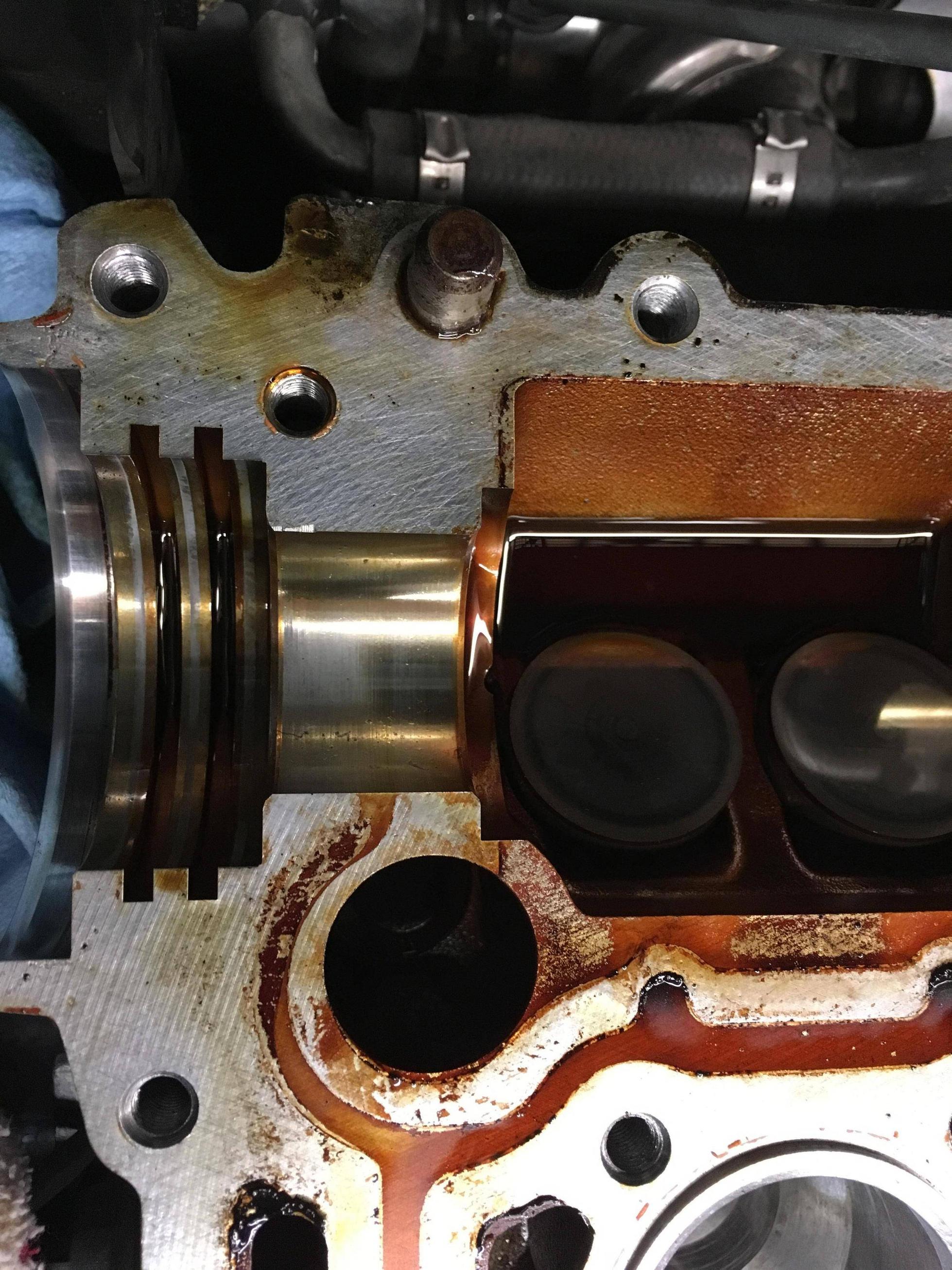 I can't really tell if that is a little corrosion, previous damage or If this is where the cam has perhaps knocked against the bearing surface when you were removing it. If its the latter I think I'd be more concerned about where the little bits went than the damage itself as it look as if a small area of alloy has cracked off?

As long as there are no small broken bits hanging about.. I don't think I'd be having the bearings edge machined just for this. I would however just make sure (very carefully) that the damage has not created a sharp spot in that area.. meaning that the cam would be running against a rough edge there. Looking at it though it seems unlikely.

What you don't want is a sharp/rough surface that it contacting the cam.. If it feels as though there could be a sharp area. I would just take a TINY, very fine piece of wet & dry to break any sharp edge down. You need literally only take a few microns off the sharp edge at the point where its marked to do this. Do not NOT try and round the whole area off! The rocker cover and cam will still seal just fine.

Just for peace of mind I would also pull the rocker cover off again in about 50 miles just to make sure that there is no scoring of the cam taking place in that area. I doubt there would be but its best to double check.

If you are not happy doing this then the only other option is to have a machine shop take a look at it and clean the area up for you.. But basically they would be doing the same thing in that they would be trying to avoid the cam running against a sharp edge.

Not the answer you're looking for? Browse other questions tagged volvo camshaft or ask your own question.