My wife owns a 2008 Nissan Micra/March, commonly known as the K12 (originally from Japan if that makes a difference). We've noticed over the last few weeks that, when starting the car, the starter motor doesn't want to "let go" of the engine. It's as if the person turning it over is holding the key turned longer than they should. It only "hangs on" for a second or two, but it's enough to be noticeable.

I haven't investigated anything yet, but I understand how starter motors work from a high level, and am I'm leaning toward this being an issue with the gears in the start motor. If you let go of the key before the engine catches, the motor stops right away, so I don't think this has anything to do with the motor receiving power longer than it should. Otherwise, the car starts up easily without problem, and runs well.

I've been lucky enough to find a workshop manual, and it shows two different diagrams for two different starters. I'd like to get an idea of what specifically the issue could be, and what would be required to fix it.

Can this be as simple as cleaning and lubricating some of the gears? 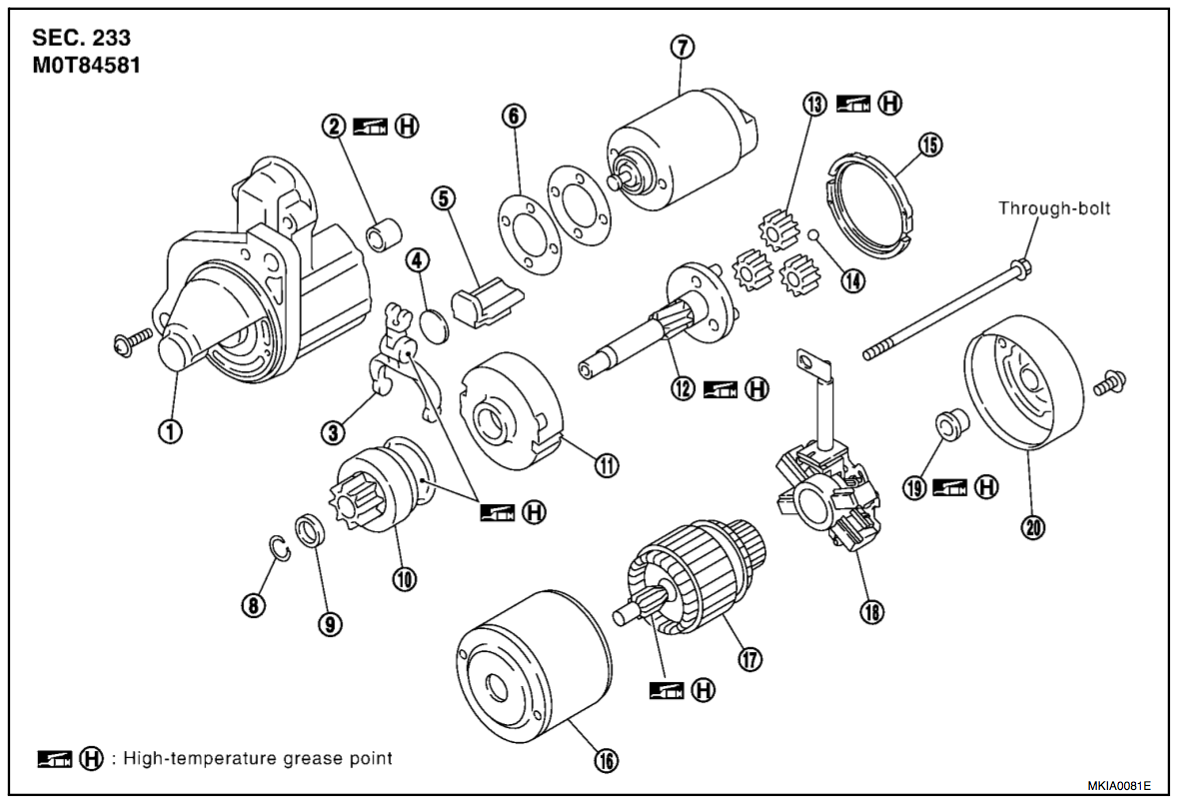 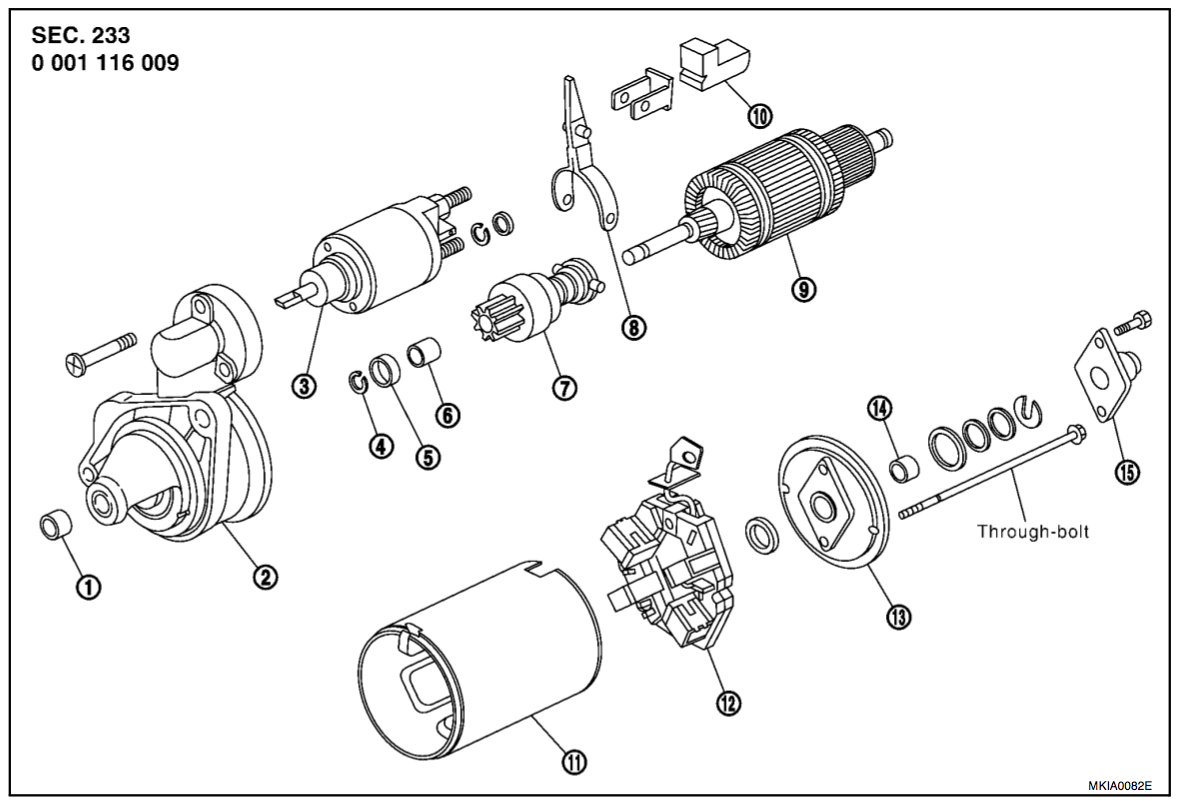 I could be that simple. A binding solenoid/mechanism can cause what you are experiencing.

All the lube points marked with an H are important. As you can see, many of the points are where that gear slides and associated items related to it.

Not the answer you're looking for? Browse other questions tagged nissan gears starter micra or ask your own question.