How to verify the safety of a lift for a full sized pickup?

So I am now the proud owner of a 2007 Chevy Silverado 1500 LT Extended Cab with 151,000 miles on it. Yesterday I needed to do my first oil change on it, and step one is to lift the front end onto jack stands. Pertinent details:

Here's my question: When I lifted the front end by placing the jack on a frame rail cross member, as I slowly lowered the weight onto the stands the insert that can be raised and lowered (see arrows in attached picture) tilted about 5 degrees as it took the weight. It was already centered correctly under the frame member and moving it to one side would make a slip off more likely. Was this a safe situation? I did the oil change by using both stands and leaving the floor jack in place without weight on it as a safety backup. Was this safe? How do you verify that the lift you've done is actually safe? Or is it just time to buy myself a 4 post lift and be done with it?

What makes me nervous is the very heavy curb weight of the vehicle, and the possibility of that weight pushing the stand top through the frame rail, slipping off the stand, or extending the stand height beyond what it should be and having it fold in half. All with a very unhappy me under all that weight. 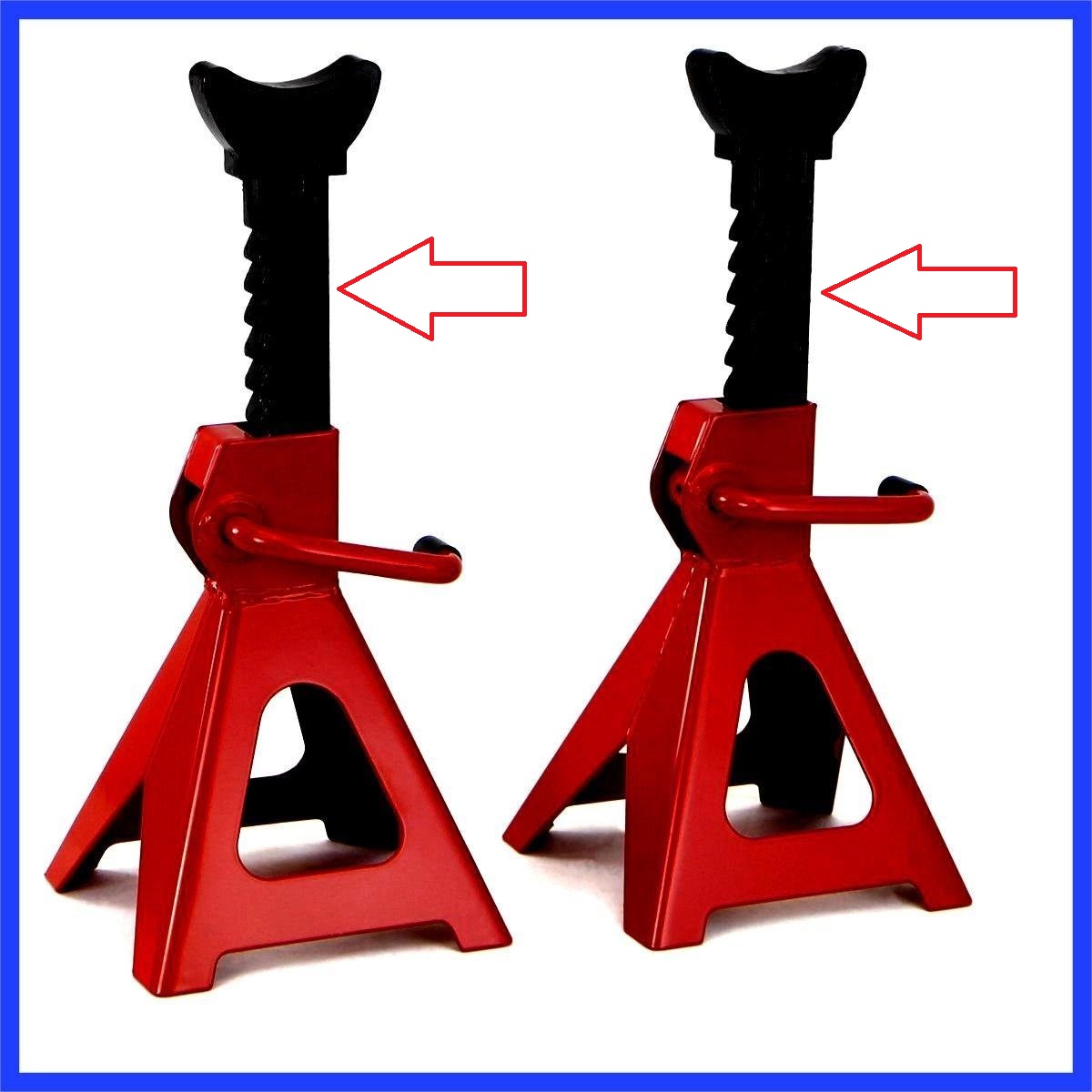 What I do if I'm not sure about the vehicle being stable way up there is:

Since you don't need the wheels to come off, an alternative to jacking your truck just for an oil change is to build yourself some ramps.

The thickness of the wood will be holding the truck's weight. The more height you need, the more layers you need. Mine are 3 layers, I wouldn't recommend going much higher than 4.

Perhaps I will get some heat for my opinion but I do not like the shown jack stands. I have a (totally unfounded) fear that I could hit the lever with my feet and the stand collapses, that the locking mechanism isn't really engaged or that the cast iron extension shatters because some guy in an far-eastern foundry wanted to safe on precious alloy materials. (Paranoia is good for you, especially if everyone is after you)

My personal philosophy is to use a cheap car jack but expensive jack stands. While additional safety methods (two jack stands, the jack still raised, wooden blocks under the axle, etc.) are fine but can lead to dangerous security assumptions (the jack can loose pressure and give way, you could accidentally kick a sluggish constructed tower of wooden block).

The measures that hold up your truck while you are under it have to be 100% sure, have a good backup but do not rely on X different measures that all have a realistic chance of failing.

Get some good jack stands and some wheel chucks:

I prefer the shown type of jack stand (shown is a stronger specimen than the ones I use). Please note the horizontal bolt, as a bonus you can always visually inspect the locking mechanism. Good jack stands come (at least in my place) with an highly official looking safety certificate and shouldn't be made of cast iron but rolled/forged steel. 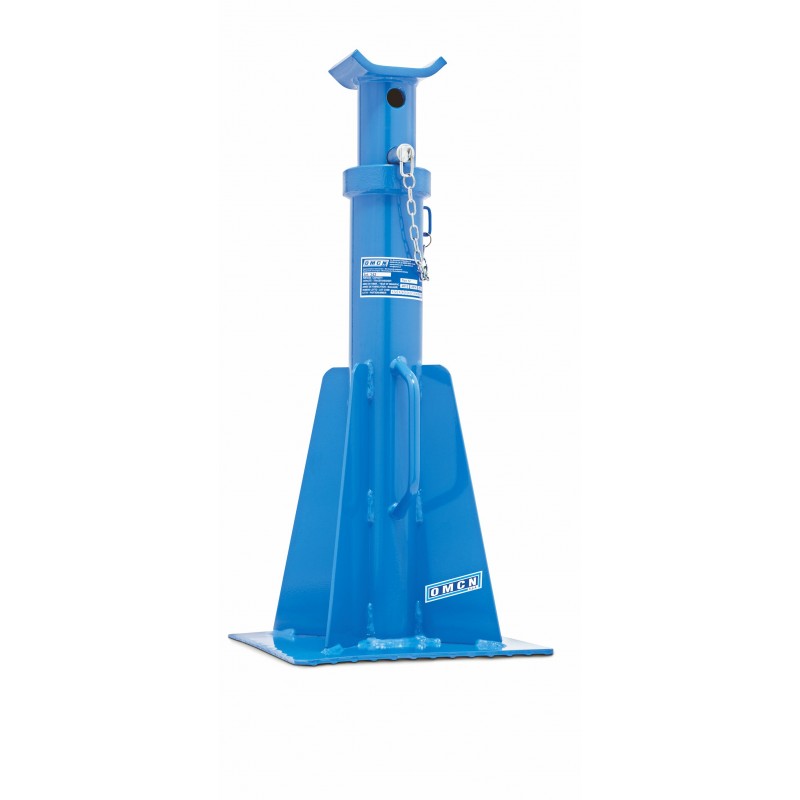 While the prices often seem to be higher than some cheaper alternatives I personally am delighted to buy some security and confidence.

The short answer is: "I probably wouldn't worry about it"

This makes it particularily important to chock the back wheels. Rolling backwards/rolling the stand over is probably your biggest danger at this point (beyond mechanical failure of the stand or somebody horsing around nearby).

Some things that make me feel more safe are keeping the jack in place, throwing some wheels under there, or placing an extra pair of jackstands someplace out of the way. You could even purchase a 16+ ton semi truck jackstand and place that under a center piece of frame. I wouldn't put the load on it, but it would ideally keep you safe if something happened. Do at least one of these, Absolutely no reason to bet your life on a single point of failure.

If it was still bending like this with all 4 wheels in the air and the frame parallel to the ground, I would be more concerned.

Edit on determining safety of a lift: After the car is sitting on the stands, walk around and give it a good shove on every side. Without getting fully under the car, pull/push on the jackstands and make sure none of them move. If one of them does, lift the car back up and try it again.

Not the answer you're looking for? Browse other questions tagged chevrolet safety silverado jack jack-stand or ask your own question.