I had the front RH wheel off and saw this: 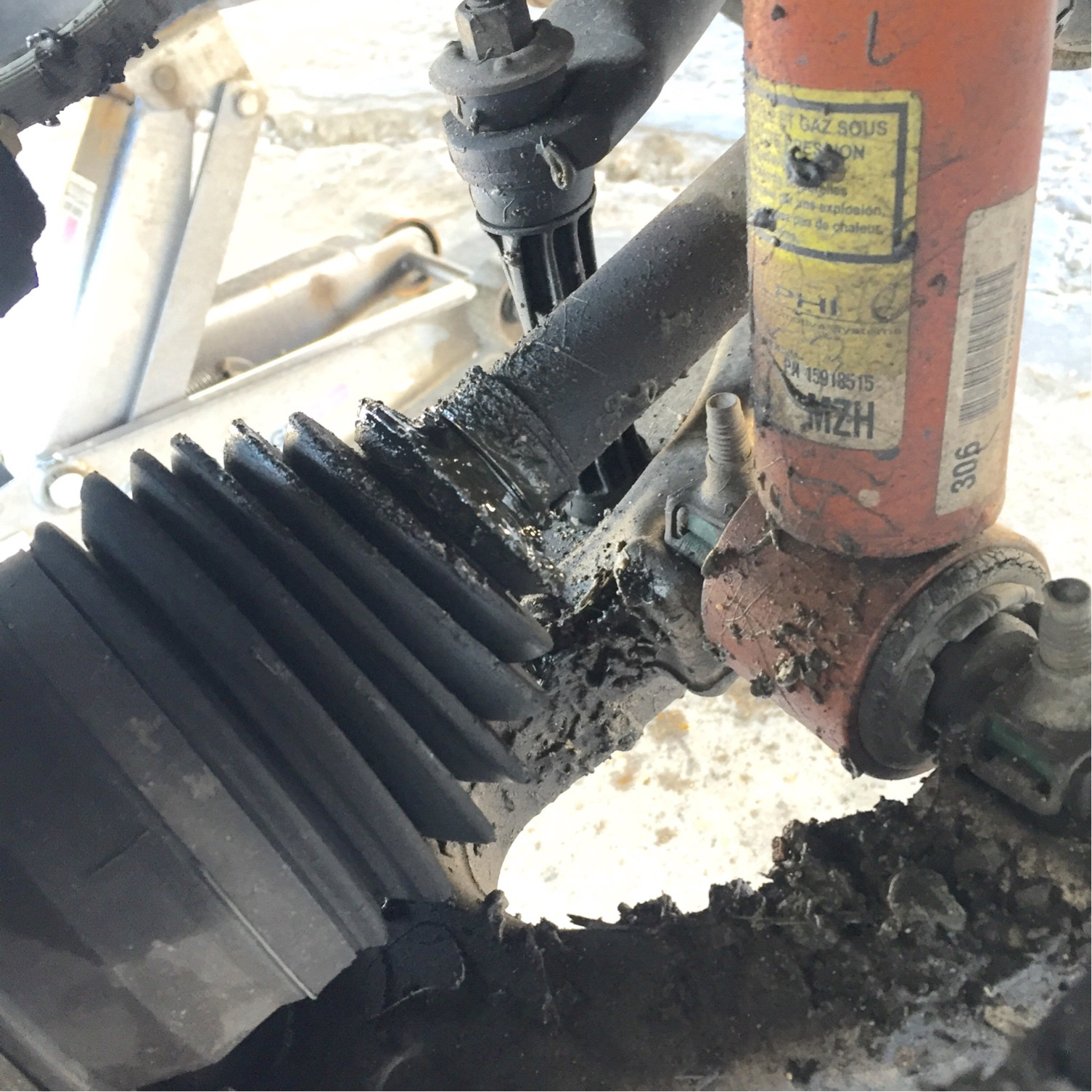 Is the grease from the wheel bearing, or the axle? Can this sort of thing be repacked, or should I replace the axle (and/or bearing)? I have zero experience with front-wheel or all-wheel drive vehicles, and don't want to unnecessarily replace parts that are just dirty, not broken.

It looks as though the boot has split and is spewing grease all over the place. If there isn't a lot of dirt let into the boot, you should be able to just replace the boot (yes, this is a chore, but a heck of a lot cheaper than replacing the half-shaft). When you replace the boot, you'll want to put some grease back into it to supplement what was lost. If you aren't hearing any noises out of the CVJ when it's turned, you really shouldn't have an issue just replacing the boot.

Oh, and clean that mess up :o)

Not the answer you're looking for? Browse other questions tagged axle awd grease wheel-bearing or ask your own question.

0
Toyota 4-runner front axle
24
Why do pickups and large SUV's use 4x4 and generally not AWD?
5
Forgot outer retaining circlip on front wheel bearing, what do I do?
4
Why do multi-axle vehicles have "innie" and "outie" wheel hubs?
1
Vibration when turning
1
Light metallic scraping noise from front driver wheel
0
All-Wheel Drive/ 4WD system
1
How to isolate a wheel bearing or a CV axle noise?
6
Are these roller bearings okay? One is gray, the other muddy