What are the long term effects of parking outside?

In southern Europe (latitude 40-45°) parking cars in garages is common, or at least many houses have garages for that. Old cars parked outside can be easily recognised due to ruined paint and rubbers.

In the Netherlands (latitude 50-54°, similar to Vancouver also concerning weather) apparently that is way less common. Even people owning garages don't use them for parking.

Overall rusting is probably equivalent, since garages have often vents.

I don't know whether paint ages significantly or not at 50-54°N, for sure in 20 years it does in southern Europe.

I live in the Netherlands.

The colder climate is to your benefit as it's slightly easier on rubber parts, but the UV rays from the sun are your #1 enemy.

I think the real danger is a tree growing up through your vehicle. Tree sap can be washed off, and a car can be repainted, but it's much more work if a tree grows through your car. Here's some pictures of the devastation that can cause to a vehicle... 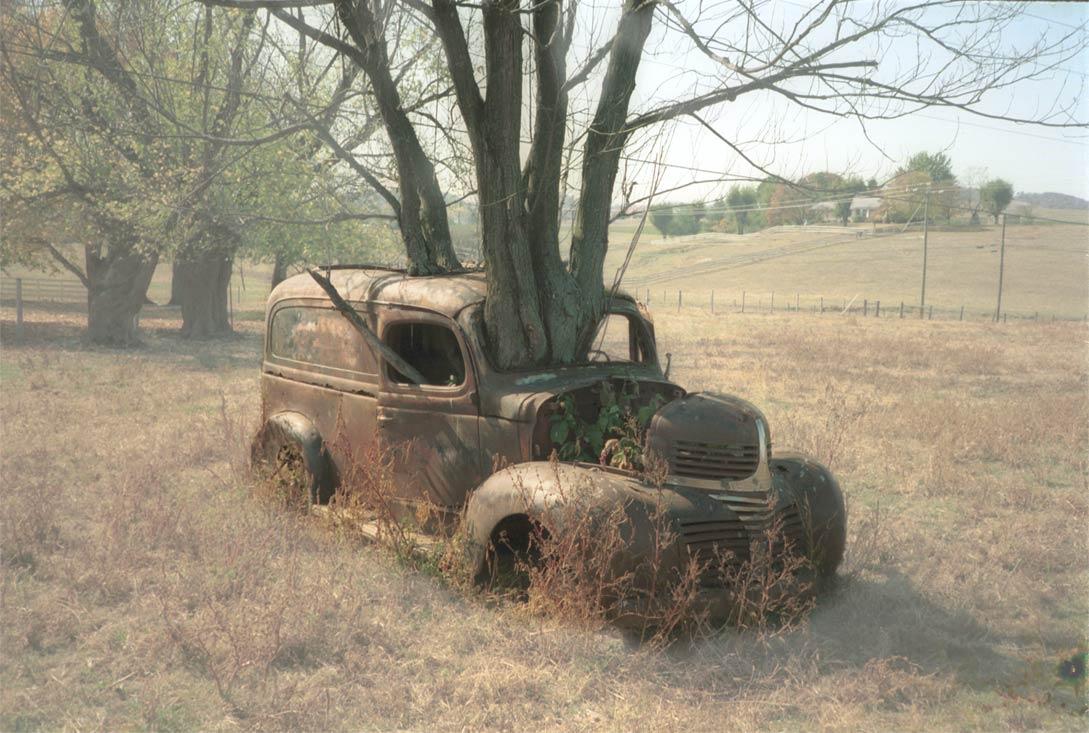 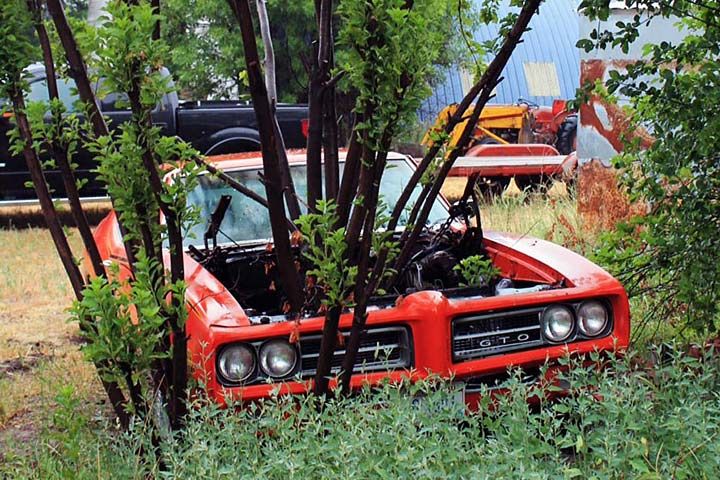 I live in the Netherlands, and i have a '76 Triumph TR7. It was imported to NL in '79, and it was stored outside most of its life until 2005. It was then stored under a carport until 3 years ago, when i started the renovation of the TR7.

I have resprayed the car, but the paint(Bright red!) was still rather nice. No blisters or faded areas were present. The paint as a whole was a little bit faded, but I only resprayed it because I could get it done for a small price.

Most of the rubbers, including the tyres, were still pretty nice. The rear glass rubber, the door rubbers, the rubbers around the head lights.. The suspension rubbers even felt like new. All thin rubber seals were dried and cracked though, as were the rubber gaiters of the steering rack and the shockabsorbers. The harder pieces of rubber to seal the side windows were also cracked.

The interior is still intact and looks quite nice. It's not as pitch-black as it used to be, but it's still fine. The interior is a combination of synthetic wool-like carpet, skai/leatherette, and cotton(seats). The skai lost it's stretchiness a bit but i reused it. The cotton of the seats was still really fine.

The things that got really ugly and broke, were everything made from foam(-rubber), and plastic. The foamrubber got brittle and had cracked down, the parts that didn't see sunlight had aged just as hard as the parts that did.

All the black plastic was faded. The bumpers, dashboard, and the interior were gray in an ugly way after all those years. I couldn't retouch them with wax, spray or anything else. They're still tough though, but they don't look so nice anymore.

Rust was present in hollow spaces, but I don't think it would have been really better if the car was stored inside. It's quite humid here. Parking your car in a grarage keeps it from looking old sooner, but it doesn't affect the quality that much i think. And believe me, Triumph wasn't really known for their outstanding build quality, especially not the TR7.

I hope this input is of some use for you. Are you planning to move to the NL?

Couple of items that have not been mentioned yet.

Not the answer you're looking for? Browse other questions tagged parking or ask your own question.

3
Can I fit parking sensors on the front of my car?
2
Can towing a car damage transmission while the Parking Brake is on?
1
Audi A7 - 2016 model without parking assist: is the installation of the module "plug & play"?
14
What are the pros and cons for the two possible "gear directions" when parking the car on a hill?
1
What is the risk of damaging a car when parking it outside for 1 year in a subtropical climate?
0
Can I park the automatic transmission vehicle while in neutral for a long time?