I have recently purchased (2 months ago) a 2007 Chevy Silverado LT, extended cab, with 150k miles on it. I love the truck and I'm trying to do whatever I can to make it last about 10 years. One of the things I've found is under the dash, there is a fair amount of surface rust. And if I am correct, surface rust doesn't stay surface for long.

I'm especially wondering about the rust on the universal joint that's part of the steering column.

Here is the rust I'm asking about: 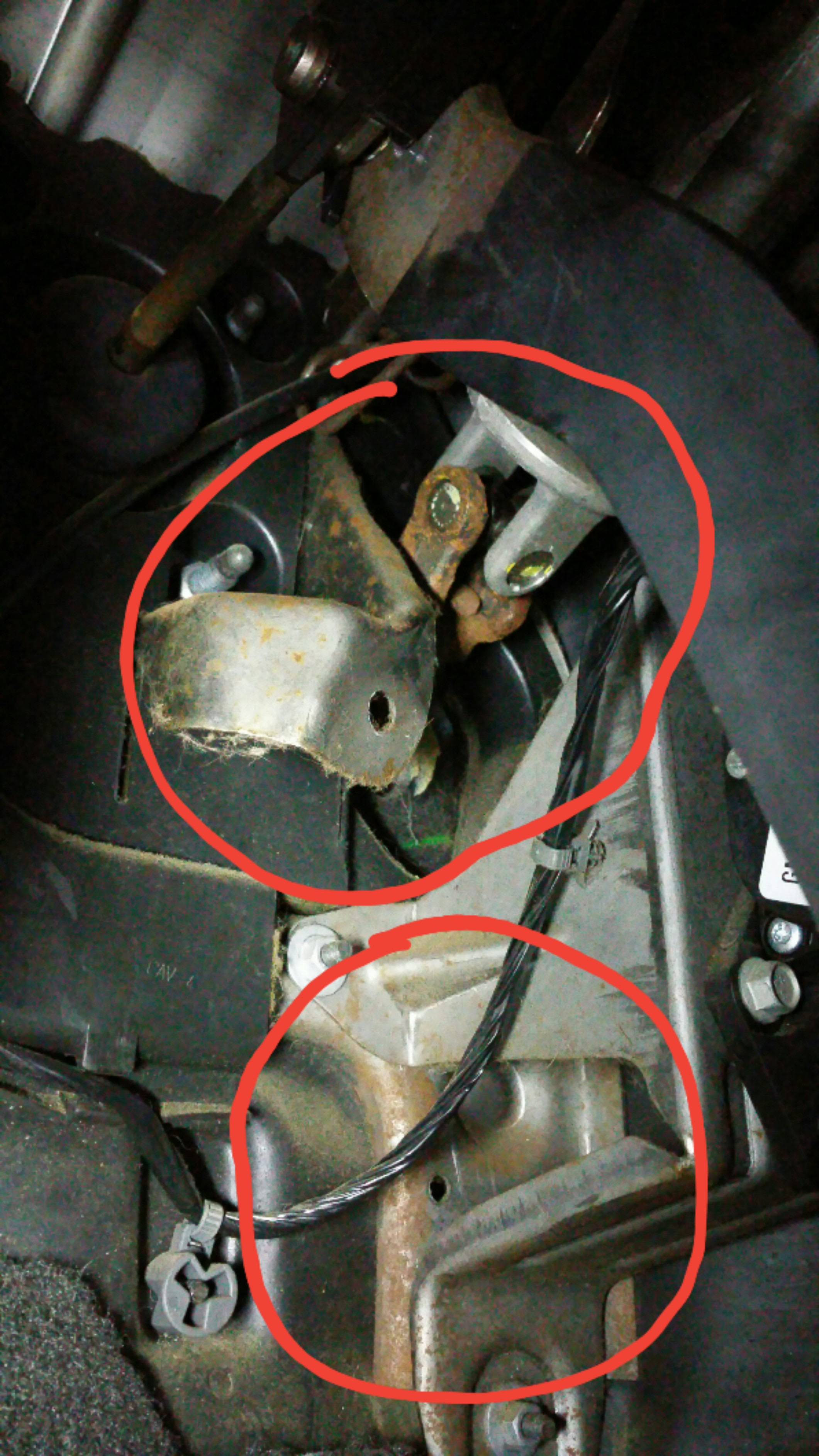 The easiest way to take care of this would be to use a rust encapsulator such as POR15. Products like this bonds with the rust, stopping it from deteriorating any further. It also covers the area to prevent new rust from forming. To best use it, I'd separate whatever parts you are trying to coat and getting it between the parts so as to keep the nooks and crannies as pristine as possible. This is the "work" portion I'm talking about. More than likely, just coating the exterior spaces (the facing parts of the body with rust on them) is going to bring some extreme life to your vehicle in and of itself.

There are some caveats when using POR15 (and I assume others like it).

First, direct sunlight will deteriorate its effectiveness. Since this is inside the vehicle, it really doesn't matter. The second thing to worry about with POR15 is, wherever it goes, it's there for life. Use a throw away paint brush to apply it as it will never come clean. It will also bond metal together. Don't get it on the threads of bolts or in nuts as it will never come apart again without destruction. Also, once you start using a can of the POR15, use what you're going to use and throw the rest away. The reason for this is, once the stuff gets into the seal portion of the can and you put the lid on, as soon as it dries you'll never bet the lid off again.

I wouldn't worry too much about the cast parts like the steering linkage. Those parts will still be held together long after the truck has served its useful purpose. It takes a long long time for cast iron to deteriorate due to rust.

Not the answer you're looking for? Browse other questions tagged chevrolet rust silverado or ask your own question.