Are there any throttlebodies known to fit as replacement for SU carbs?

I'm planning to build injection in an engine that originally uses two SU HS6 carbs. At first i planned to use the carbs themself as throttle bodies, but they're rather worn out, and they don't have throttle position sensors on them. Considering the vast amount of different throttle bodies out there, there must be one or more throttle bodies that fit a manifold that is meant for HS6 carbs.

HS6's have four mounting holes in a square, 54mm apart from each other. The bore of the carb is 45mm, but that doesn't matter that much. The original carbs have mounts between them and the manifold. The dimensions of that mount are displayed in the picture below, you can derive the dimensions from that drawing. The three holes around the carbs are to bolt this mount to the manifold. 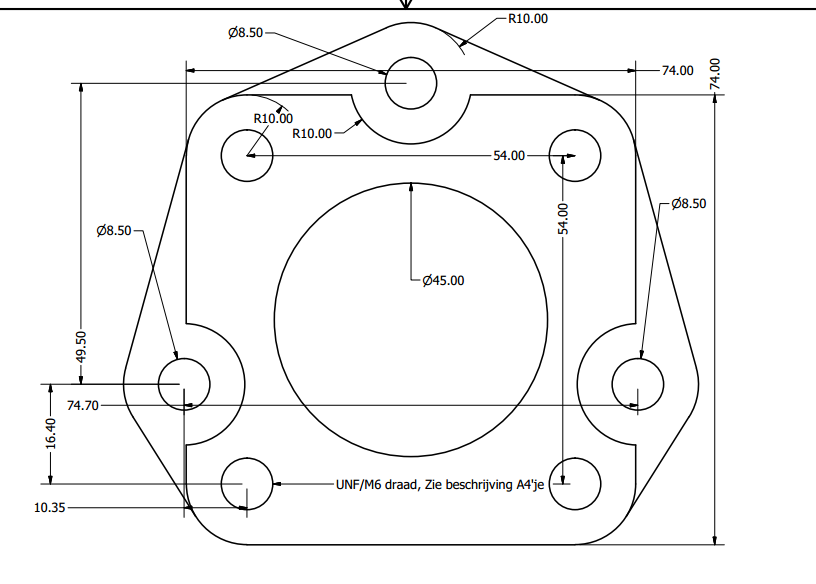 Anyone who knows a throttle body that fits, or nearly fits these specs?

EDIT: This application is for a TR7 with 2L 4-cyl. (Info added by Pᴀᴜʟsᴛᴇʀ2)

Which engine is this planned for? If it is the rover v8, then there is fuel injection already available from the later engines.

Not the answer you're looking for? Browse other questions tagged carburetor throttle-body or ask your own question.

3
What fuel lines are recommended for a propane carburetor?
4
Can I replace my TR7 carb mounting rubbers with nylon?
7
How much oversize should you target when choosing a throttlebody?
2
Procedure for throttle body and idle air control replacement (ford ranger)
2
Can choke on a motorcycle compensate for dirty carbs without causing fouling?