A few weeks ago I was coming back from Quebec and got caught in a terrible ice rain. My entire car was covered in roughly 1cm of ice. Most of Audi s4 have headlight washers that come out on random winshield washer triggers. My concern became that while headlight washers were blocked by ice I must've kept on triggering them once in a while, while driving. Would that possibly damage the little motors driving headlight washer mechanism? 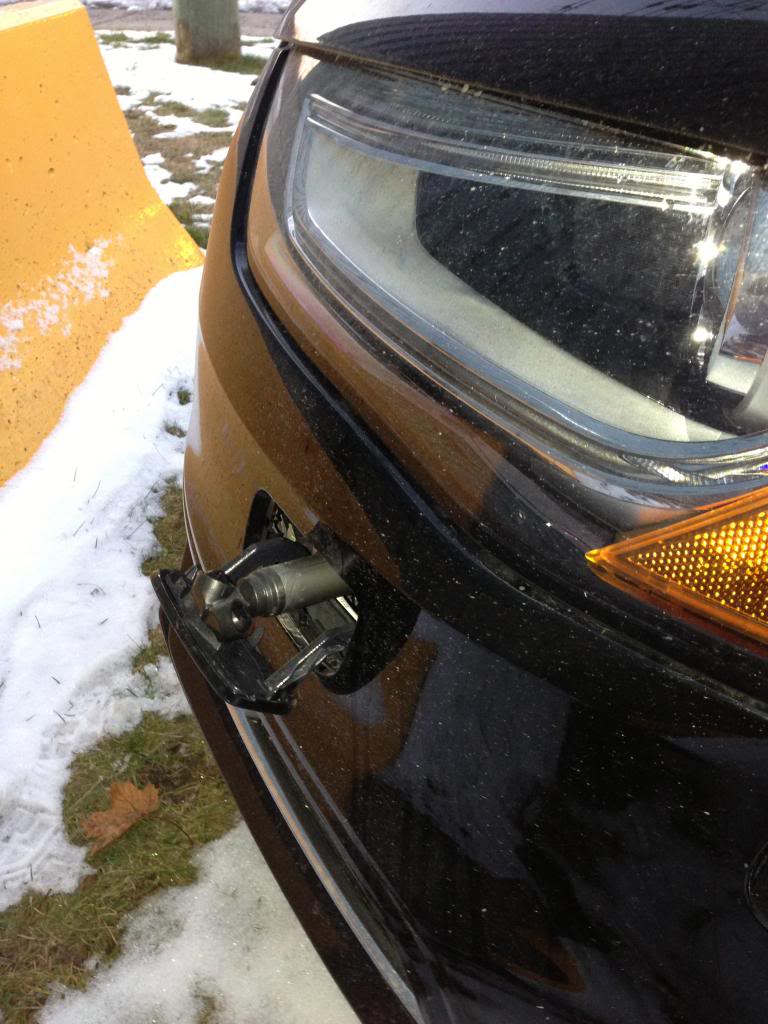 I'm not sure, but I thought the little things used the pressure of the fluid coming out of the nozzles to extend them. If so, there shouldn't be an issue. Either way, if they work when not frozen, I'd suggest your answer is there.

If the headlight wiper blades were blocked from movement and they have a positive drive (where the blades must, try to, move when the system runs) then it is possible that they were trying to run and stalled by the blades being trapped in ice as you are thinking. When a motor is stalled it draws a lot of current and could overheat. A well designed motor circuit will include a fuse or circuit breaker that would trip to protect the wire (and the motor) or else it will be designed to be "inherently safe" and the mechanism will allow the motor to run without overloading. For example using pressure developed by the pump to move the arms. The pump could "spin its wheels" if the nozzles were blocked preventing damage.

The scenario that you describe is common enough that I would expect the designers to have considered it. If the wipers still work, then odds are fair that no damage was done. If they don't there first thing that I would do is to check for a blown fuse.

Not the answer you're looking for? Browse other questions tagged electrical headlight audi or ask your own question.