I've recently had an advisory on my BMW 320d Coupe (E92 2008) as to an oil leak. True BMW fashion, they've informed me of a leak but without paying they wont tell me where. Not to be out witted, I've tried to take a look myself.

Visual inspection is showing oil on the under tray on both side and a bit that is sprayed around the low side of the engine. 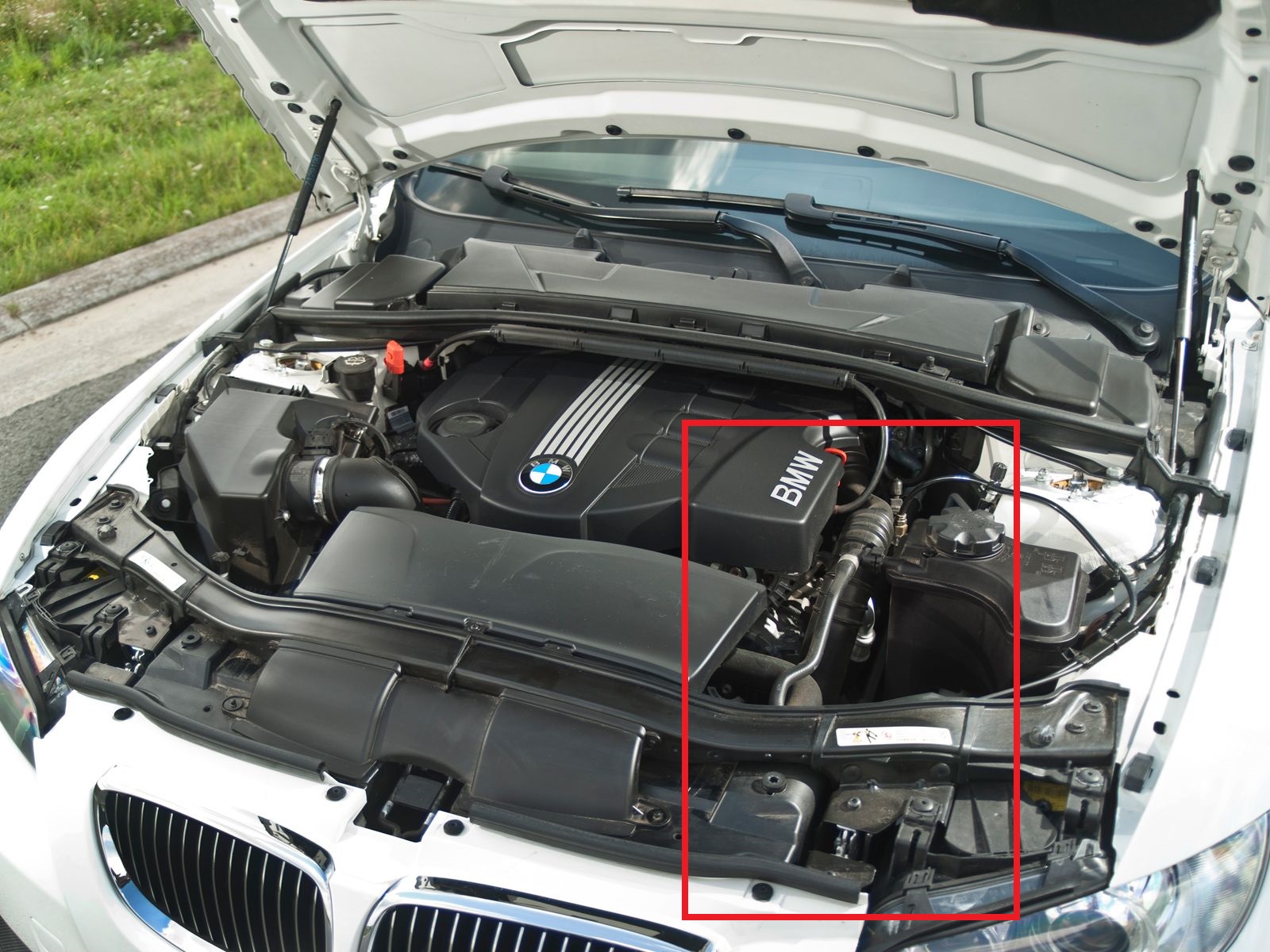 I've had my phone on record and passed it down in between coolant reservoir and the engine block. There is splashing of oil all over the sump on the lower side, and drips on the underside of the oil pressure sensor. Someone with more experience than me, with oil being quite thick, I assume if it were leaking from the level sensor (on the bottom of the sump) then it would not splash up, and onto the sump / suspension bushings? 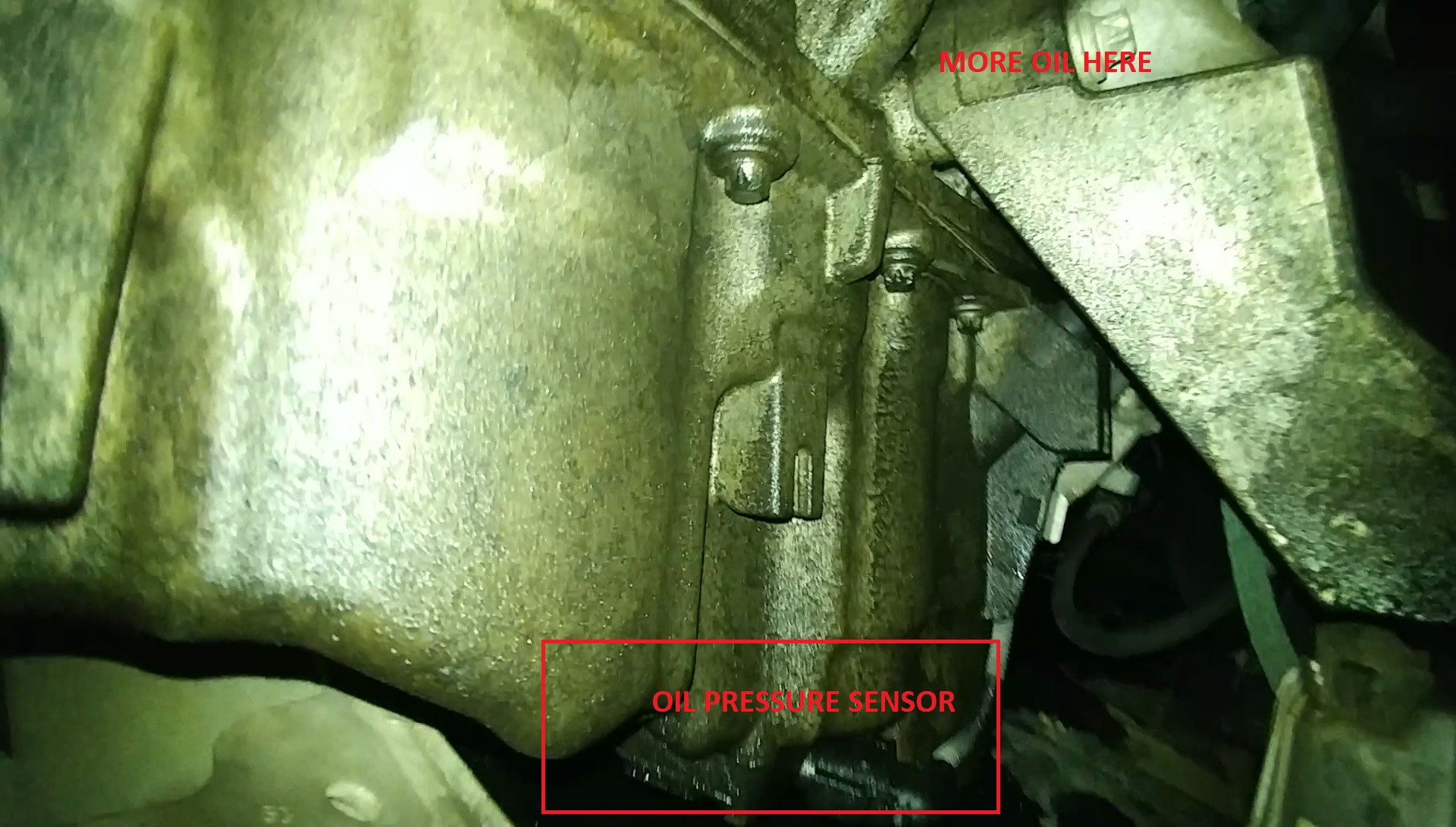 Any help as to how best to locate the issue would be great. I'll be getting it up on axle stands at the weekend to get a better look.

I highly appreciate the effort of taking a photo, but its pretty hard to tell exactly what is going on with that lighting and that angle. I think this will be a lot easier once you have it up on stands.

This goes without saying, but for anybody else that stumbles upon this - Make sure you keep an eye on your oil level if you are driving on a known leak.

While it does seem the oil is getting awefully high above the pressure sensor, it is worth keeping in mind that air whips around in an engine bay very quickly, and that there are some crazy aerodynamics going on. I wouldn't rule it out. It certainly LOOKS like the gasket on that guy might be leaking.

As far as general leak finding advice, I would look for the highest point that you can find leaked oil. See if that is right next to a gasket, turbo, PCV valve, or anything else that could potentially be leaking oil. If that doesn't reveal anything obvious, I like to look for the most concentrated oil buildups and see if something in that area could potentially account for the rest of the oil.

It could also help to clean up the leak with dishsoap/water mix (wear eye protection, because it will drip on your face) and drive it around for a day. Lift it up again, and you won't have nearly as wide of an area to search. There are also some UV dyes you can add to your oil, if nothing else works.

Take some more pictures when you get it lifted, I'm sure we could offer some more direct advice.

Not the answer you're looking for? Browse other questions tagged bmw oil-leak or ask your own question.