What is the power rating on this engine? 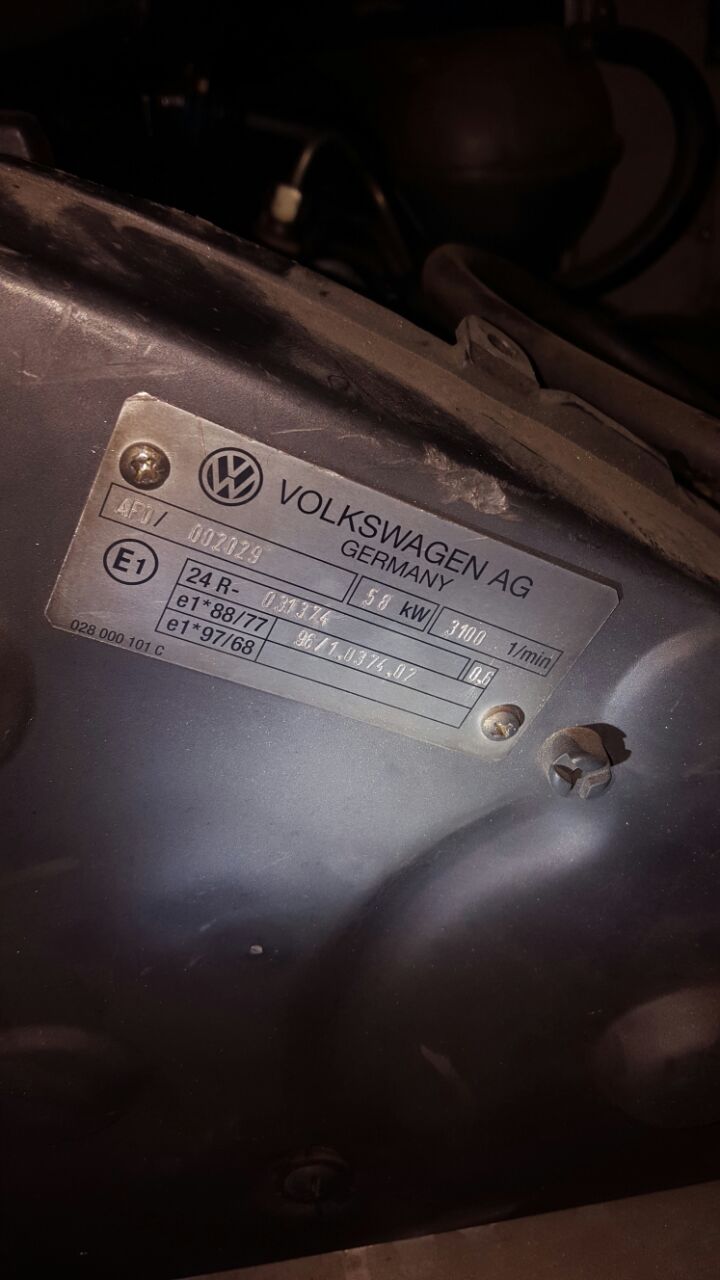 Took this photo from the engine of an industrial vacuum. The power rating says 58 kw, but the device can't possibly generate that much power. What is the proper way of reading these?

The engine code is a bit hard to read, it looks to me to be either an AFD or AFO, doing a bit of searching I found Club VeeDub's list of engine codes. They show the AFD code was used for a 1.9 liter turbocharged diesel industrial engine rated at 60 KW (80 HP, the list says 90, but the math doesn't work out, I assume it's a typo). There is no entry for the AFO code.

I then searched on AFD and found Specifications for Volkswagen Industrial Engine (AFD) which has output curves in it. The curve shows a power output of pretty close to 58 KW at 3,100 RPM. According to the specs there are two ECU codings available as stock, this engine appears to be coding 02.

I also found a technical brief, 1,9 ltr-TDI-Industrial Engine, which appears to be for the same engine, although it doesn't explicitly mention any engine code.

Not the answer you're looking for? Browse other questions tagged engine vw or ask your own question.

2
What is the name of this part of my trunk release in my 2003 Jetta?
7
What effect will removing my EGR have?
2
VW Jetta II - engine misfires when climbing a hill
6
What is the effect of the throttle body on the power curve produced by the engine?
4
Volkswagen Golf Mk5 2005 2.0L Oil pooling on top of engine
3
Is this valve toast or could I possibly salvage it without tearing into the engine?
3
1600cc VW Aircooled Engine Backfires with no power when hot
1
What this motorcycle engine plug tell about the operation inside engine?