I'm looking into buying a keyless entry system for my car which doesn't have one. I have seen videos on how to install them and stuff but not sure if they are compatible although they are labeled "universal". The ones I am looking at are:

But not sure if they will work, especially the whole trunk opening part. I don't see like a actuator for the trunk like the ones for the doors. Does the trunk open in a different way?

First off, you don't specify if your vehicle currently has power locks or not. If it does, you don't need a kit like you listed. Something equivalent to the Viper 211HV would be enough. Since you mention a kit with actuators included and the Versa is certainly a common car to come without power locks, we'll look more into specifics for adding actuators.

To break it down, there are 3 separate concerns

You'll need some main controller to drive the system. Most remote starts and security systems include a keyless system, but there are plenty of standalone systems. I've mentioned a common controller (Viper 211HV) but nearly any will work, including the first link you listed.

There are two different methods to add door lock actuators to the vehicle. The first is the 'classic' way, and the second is my preferred method, albeit possibly more expensive.

First Method (Cheaper): The first link shows 4 actuators in the set, and if you don't have OEM power locks you'll definitely need those. It's really up to you if you want all 4 doors, and some people opt to only add power actuators to the front doors. There are a couple of gotchas, however. The door locks in your vehicle are cable driven, but most actuator kits don't come with the parts to adapt to cable driven locks -- they're designed for the old-fashioned rod-style. To get most aftermarket actuators to work with cable driven locks (as you'll find in most modern cars) you'll need something like DEI part 524CL. 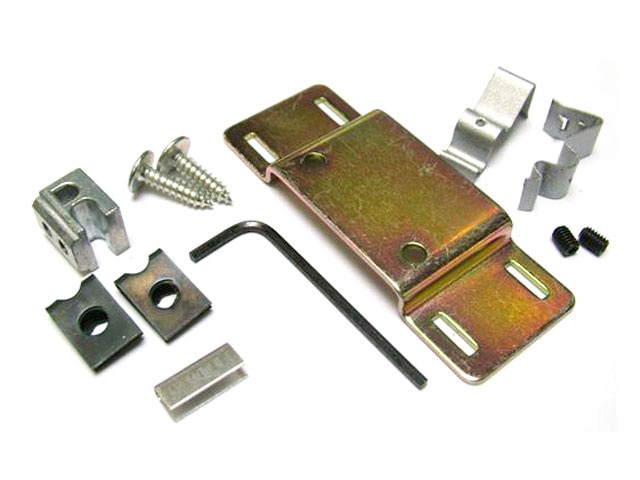 Those work in combination with generic kits, but provide the hardware to attach to the cables.

Second Method (Better): Get OEM door lock actuator assemblies and add them to the vehicle. Normally aftermarket actuators work well, but for cable-driven applications I it really ends up being hit or miss. Even with the proper adapters listed above, it's not uncommon for the cables to snap if the installation isn't very precise. I don't have specific part number for the versa, but based on past parts I'd guess they'll run in the ballpark of around $130/door.

Other potential gotcha on this vehicle: there might not be cables going into the rear doors at all. I don't remember exactly which Nissans of this year I've worked on, but IIRC some of these vehicles don't have speakers in the rear doors, and without power windows or power locks, there's no reason there would be a door boot for wires to run into the rear doors. If that's the case, and you do want to add actuators, you'll definitely want to look at adding a door boot. If you look at the parts included with the DEI 524N you'll see a rubber tube that will protect the wires running from the body to the door.

Again, since we're assuming this vehicle doesn't have any power options, you end up with two options. The first is to add an aftermarket trunk actuator such as Directed Electronics 522T. That will probably pull whatever mechanism in the trunk is connected to the emergency release handle, or connect to an empty spot on the latch where an OEM actuator would go. The second option is to acquire the trunk actuator assembly from the version of this vehicle that came with power trunk release.

** Note: I mention a lot of DEI/Directed Electronics part numbers, but any other brand should work equally well. I simply know their part numbers off-hand.

This project is not too bad, but if this is your fist time installing one of these, you'll want to make sure you're comfortable with rigging things to make them work. If that's not your cup of tea, consider finding a professional. Electrical can be fairly forgiving, but broken door lock cables and drilled holes in the body can get ugly fast.

Not the answer you're looking for? Browse other questions tagged nissan keyless-entry versa or ask your own question.