How can I install a battery kill switch in a 2006 Prius?

I have a second home that’s a high-rise condo, and my Prius sits there unused for weeks/months at a time. The garage has no power outlets or sunlight, so a normal trickle charger is out of the question. I also don’t really know anybody who can drive my car around periodically.

I’d like to disconnect the battery so that it doesn’t drain completely, but I really don’t like unscrewing the battery terminals every time I leave (for safety reasons). The Prius battery is a 12V accessed from the trunk. Any suggestions would be appreciated.

All you need to do is install an inline switch. Something which looks like this:

The one in this picture will work for 1000A intermittent, then 175A continuous. 1000A for starting is overkill. 175A will cover the rest of the time without issue. You can place this near the battery, somewhere inline on the ground would probably work the best. You'll want it out of the way so it isn't seen by anyone but you. You may have to figure out a way to mount it, but that isn't rocket science.

Something like this will only work for the 12v battery. You cannot expect it to work on the drive battery.

The issue you are still going to run into, though, is even with the battery disconnected, it will still drain down over time. Batteries lose about 2.5% of its charge every month. As the battery gets older, it discharge even faster. Without some kind of float charger (like a battery tender), the battery will most likely be flat if it sits for several months in a row.

Another thing to worry about is the fuel. It will go bad unless you put some kind of fuel stabilizer in it, which will keep it good for up to a couple of years if you use it correctly (and religiously).

I think it would be easier to hire an electrician to install an outlet so that a battery tender can be plugged in. Being a condo you will have to get approval. As to the Prius, well, it is a hybrid with complex electrical systems. To disconnect the battery will not resolve much as car batteries discharge naturally. But if you insist my best suggestion is to get a Toyota tech's advise as to "storage" of the Prius. Good luck.

While disconnecting the 12 V battery from any loads will help with part of the problem – draining the battery while the car sits idle, it will also create its own set of problems. The car depends on having power, and being run relatively often, to be able "keep its house in order." There is information stored in the various control modules and also the security code in the radio (at least) that could be lost of the car was without power for a long time.

If your only purpose in disconnecting the battery is to increase the likelihood that the car will start the next time that you need to use it (as opposed to adding a challenge for potential car thieves, or some other reason), then what I would suggest is adding a second battery along with a marine type battery selector switch. Something like this one from Blue Sea Systems 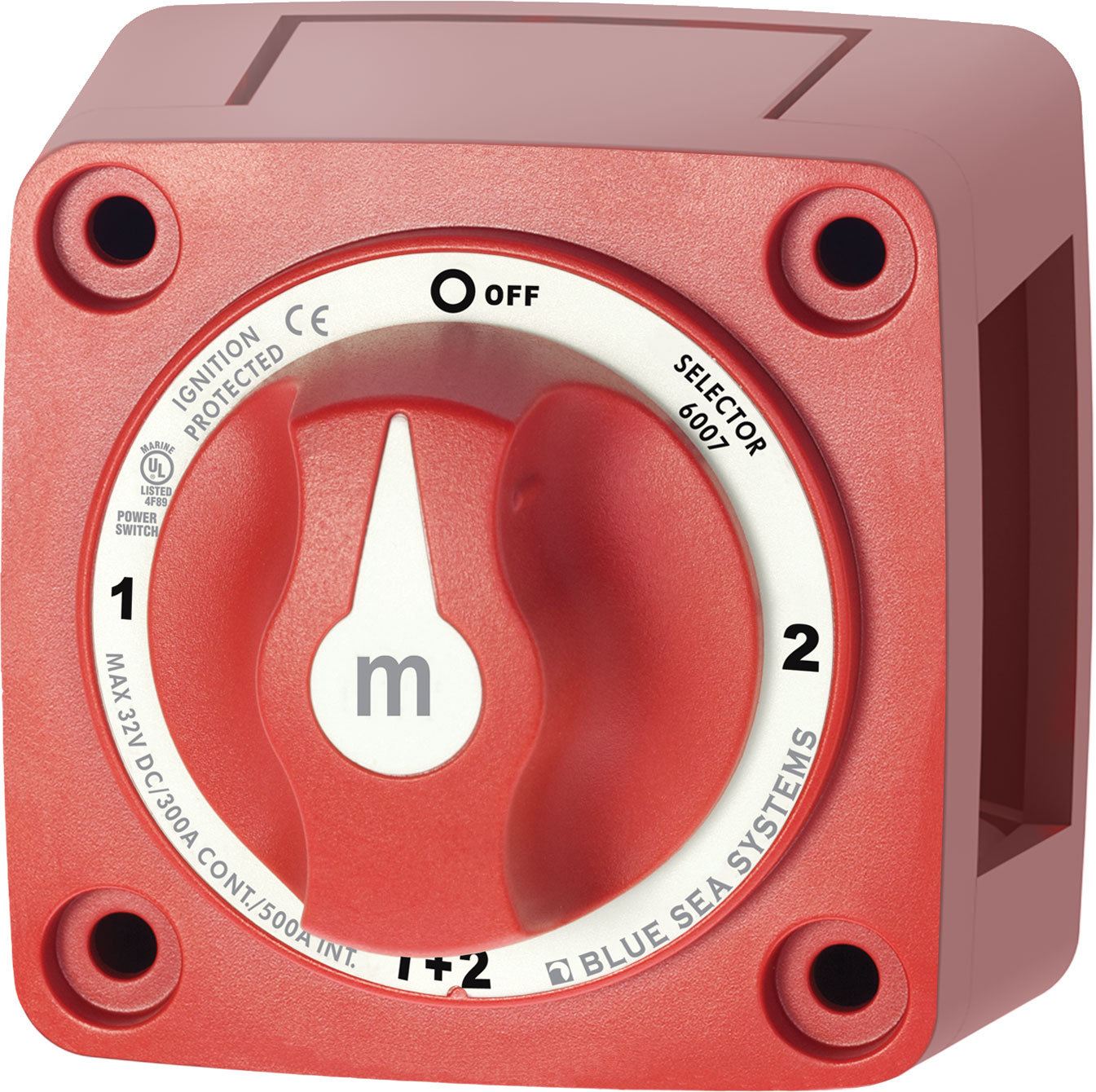 Will allow you to select either battery, both batteries (for charging), or disconnect both batteries. The way you would use it would be to use select both batteries for normal driving (so they both get charged) and then when you leave the car choose one of the batteries (it would probably be best to alternate by using the battery number 1 on odd days and number 2 on even days) to power the car while you are gone. Then when you return, you would select the other battery for starting the car the first time and then switch back to both while you are using the car.

You can also get remotely operated switches so that you could do everything from the driver's seat if you wanted.

Not the answer you're looking for? Browse other questions tagged electrical toyota battery prius or ask your own question.

1
Is this plan to use old 12V battery until it fails a good one?
6
2008 Prius Dead Battery
4
2006 Toyota Prius in Africa
4
Prius (2nd generation): 12v battery keeps dying
0
My car battery keeps dying, what should I do?
4
Is my car battery charger not working?
3
Ok to leave Honda Jazz without a battery installed?
1
Safety around permanent trickle/float charger connection for car battery