What do serial numbers on ECM mean?

I am replacing my ECM with an ECM I bought on Ebay.

What do these serial numbers on my ECM mean? 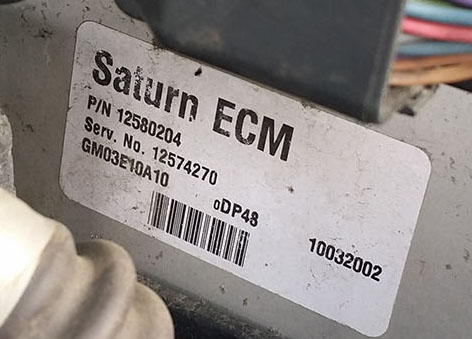 Are these serial numbers software / hardware versions? Should they match the number on the new ECM I bought?

Here is a picture of the ECM I bought on Ebay: 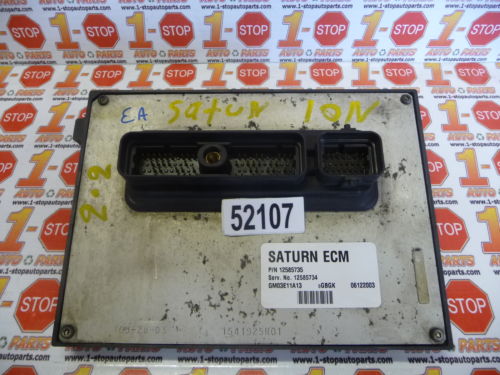 I can't read the number on the one that you bought, and I don't know any specifics about how Saturn does their numbering, but in general, you might see:

Then for devices like an ECU there will, potentially, be markings for both the hardware and the software. Maybe even for multiple software components.

The bottom line is that with something like an ECU it can be quite a challenge to figure out what's what and which of the differences are significant and which are not. This is where it can really help to cultivate good relationships with folks who have access to "official" data.

Not the answer you're looking for? Browse other questions tagged saturn ecm or ask your own question.

3
What does error code: POO13 mean?
8
ECM vs. PCM vs. ECU?
5
Vehicle does not start after installing new ECM
2
Can an undercharged battery cause the van to have trouble keeping a high enough idle to keep running?
0
97 Tahoe and 99 Tahoe different between the ecm
0
A ECM QUESTION... FOR A 2016 KIA SORENTO
1
'00 Malibu no crank replaced ignition completely now worse. Help!