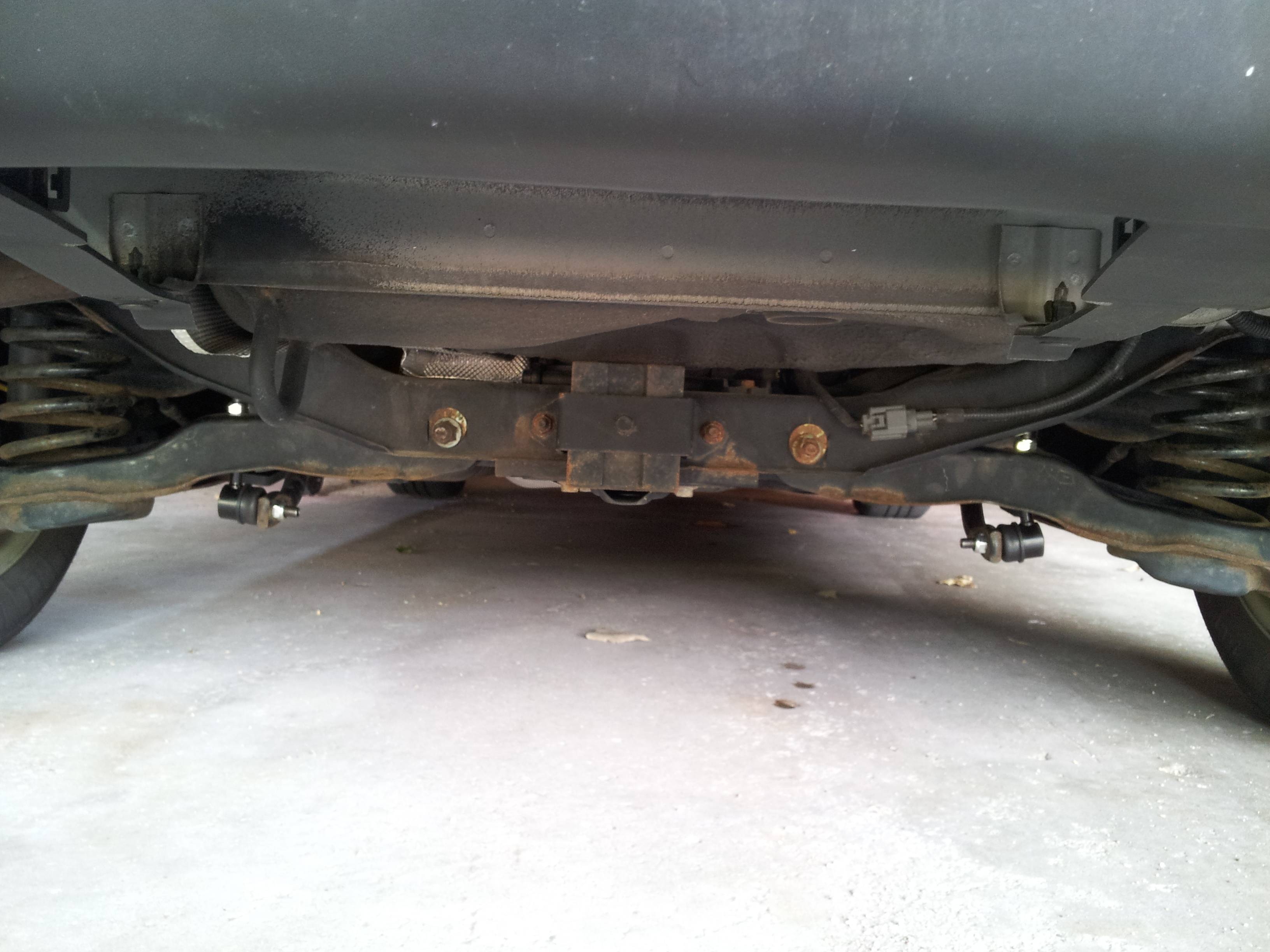 I had this issue, changed shocks, springs, roll bar bushings, secured heat shield and anything loose underneath.

Every bump I drove over made me cringe at the rattle. After 3 months of searching.....turns out the brake pads have a tiny spring to keep them in place. Mine were warped and the pads were floating. Took them out, bent them back into shape. No More Rattle!

KoalaKoala
11
Add a comment  |
Highly active question. Earn 10 reputation (not counting the association bonus) in order to answer this question. The reputation requirement helps protect this question from spam and non-answer activity.

10
What bolt is a replacement for the front sway bar bolts on a 2004 Subaru WRX wagon?
1
Banging/Snapping Sound When Turning ('04 TrailBlazer)
0
Mazda 3 Rear Sway Bar Bushing Replacement
3
What could cause crackling sounds from a suspension on vehicle start moving?
2
Clicking noise when starting from low speed, going over bumps
8
How do I get the sway bar link to line up with new strut and spring?
2
Installing Moog stabilizer / sway bar links on 2002 Ford Focus
0
Same side drop links from different company, will it make any difference?
1
Help removing rusted sway bar link nut