I'm trying to post / sell a "KA24DE", but I'm confused about the phrasing.

I've never seen it spelled in lower case, when referring to motor groups and types it is proper to use all caps. The KA you are trying to sell is just the motor. No, there isn't a difference between tranny and transmission. "Tranny" is slang for transmission and I only like to use the slang term when verbally talking about transmissions.

Trying to find a buyer for your KA might be hard as they are deliberately removed from 240 and replaced with such motors like SR20 or RB line so you would have to come across someone that wants their 240 back to stock or I believe the Nissan hard body trucks also came with the KA.

To help you figure out whether or not it's just the engine, here's a pic of a similar engine without the tranny (there's that word again. Not my fault, Fred and Barney are the ones typing.) The transmission attaches at the lower right side on this picture. 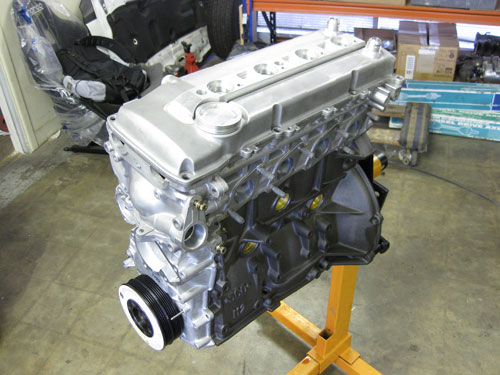 And here's a picture of a similar engine with the transmission. The transmission is the single long ice cream cone shaped thing at the very bottom of this picture. 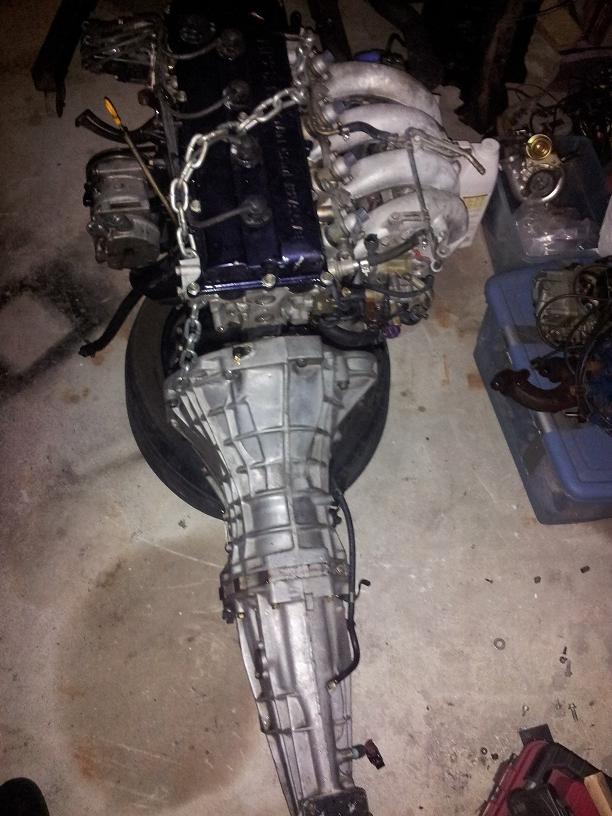 Just one more thing: The Term KA24DE refers to the engine, not to a engine + transmission combination.

Not the answer you're looking for? Browse other questions tagged engine nissan or ask your own question.

8
Engine braking with an automatic transmission
7
Where to buy interior parts, that OEM doesn't sell?
4
Is it possible to upgrade Nissan Connect firmware?
7
Which parts in the diagram are syncronizers?
8
Starter Motor Intermittently will not engage
3
GETRAG G56 with Gen3 5.7L hemi
4
Can a secondary audio wire harness be spliced into a factory head unit harness?
5
Starter motor doesn't “let go”
0
Should I replace my Nissan now that it has a CVT leak?