What's generally on the other side of the oil filler cap where oil is poured?

Most car engines have the oil filler at the top in the valve cover. It does not need to be here and I am sure there are some strange engine designs that have the fill plug in bizarre spots. Most racecars have a separate tank that gets filled and there isn't any hole in the valve covers.

For most cars the valve cover is simply a very convenient easy to reach area and so they put the fill port there.

The oil really doesn't do much oiling as you pour it in but some will sit on a small portion of the cam(s) and valvetrain, but not enough to do anything. Most will flow right down to the bottom.

The way the oil is actually used is it is forced through the oil pump and gets pressurized. this pressure creates a barrier for the bearings on the crankshaft and connecting rods. surprisingly little of the oil gets fed to the valves and valvetrain. In fact with many older engines the valve train was greased or oiled by hand and were exposed without a cover at all, the cam would still get oil and be somewhere inside the block. the cams main journals do get pressurized oil to keep it spinning without touching the bushings it rides in. As the engine runs it will also splash some oil onto the cylinder walls most of this oil will get scraped off by the piston to keep it from getting into the combustion chambers. The scraping happens very quickly and blasts the oil through drain holes in pistons skirt to the center of the piston. This oil spray from the "scavenged" oil is used to oil the wrist pins. Some high power / performance engines use some of the high pressure oil in conjunction with the oil spray to oil their wrist pin.

The image below shows the forces exerted on the crankshaft and what the oil pressure actually does to keep it from touching the anything. 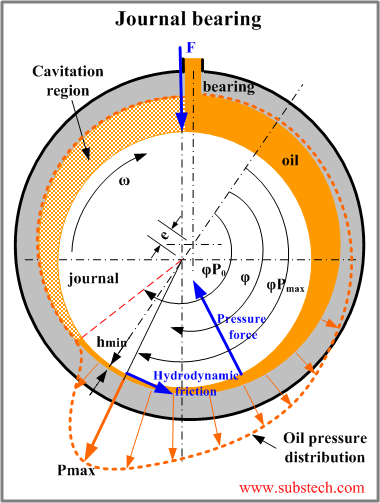 The white circle is representing the crankshaft, specifically a journal of the crankshaft. the "bearing" is actually just a flat piece of relatively soft metal which the crank should never touch at least in a perfect world. The softness of the bearing is used to avoid scoring the crank and if there is any debris in the oil it will embed itself in the bearing material instead of scoring the crank. below is a picture of the general makeup of main and connecting rod bearings. 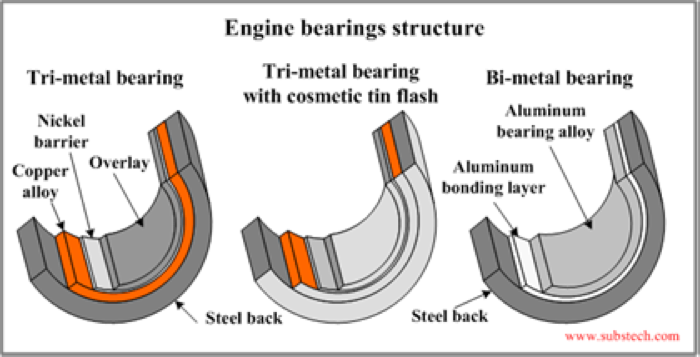 The below image shows generally where oil flows in an engine. 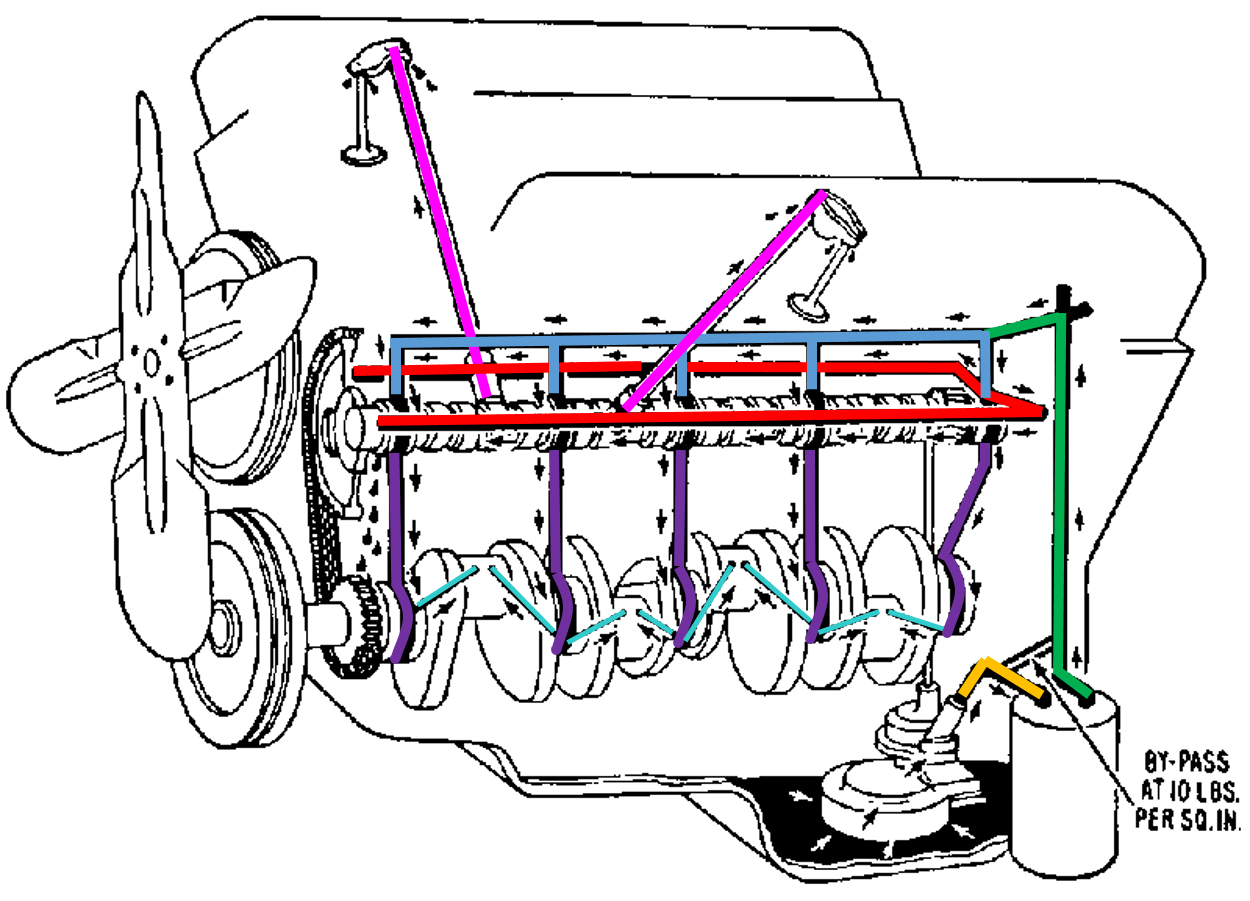 the small blue lines are going to the connecting rods lower bearings.

When I pour oil into the engine via the oil fill port that my oil filler cap seals off where does all that oil go initially?

On most vehicles, the oil goes into the sump (or oil pan) at bottom of the engine. The sump is where the oil pump pickup is located and where oil distribution starts during engine operation.

What parts get first dibs on the oil before gravity pulls it down to the pan.

If you are talking about after the oil is pumped through the engine by the oil pump, it depends on how the engine is engineered. Some manufacturers send oil to the cam shaft first while others send it out to the crank shaft main bearings first. The latter is called Priority Main Oiling. This ensures the bearings have appropriate amounts of lubrication during high engine speeds. Again, it's all in how the engine is designed as to what gets the oil first.

Are the oil filler ports always on the top of the engine?

No. They can be located just about anywhere near the top of the engine, or not on the engine at all. Having the oil filler cap on the valve cover is just a convenient place to have it. It's a broad surface where a filler cap can be placed. Here is an image of an older Small Block Chevrolet (SBC Gen I) engine. The filler for it was the black tube which stuck up from the center front of the engine (also doubled as a breather): 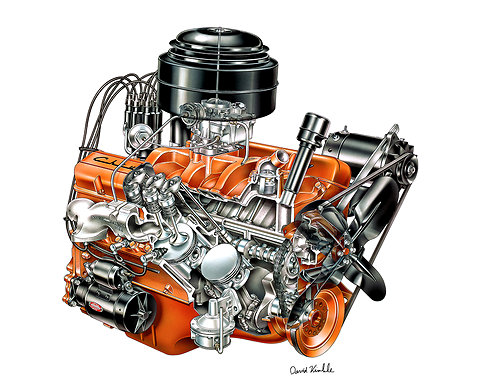 As stated, the filler cap doesn't even need to be on the engine. With a dry sump design, the filler cap is on a reservoir tank located separately from the engine. The engine has a scavenging pump which pulls all of the oil from the shallow oil pan sump and drops it into the reservoir. The main oil pump pulls oil from the reservoir tank and distributes it throughout the engine where needed. This is mainly used in high performance applications where there needs to be a constant feed of oil. In an engine with a typical sump, the oil may be forced away from oil pickup during hard acceleration, cornering, or braking.

Is there any particular reason other than maybe ease of access as well as avoiding spills and leaks, basically trying to maximally distance the port from the oil settling line?

I think you have it covered within the question. That's pretty much the reason.

Not the answer you're looking for? Browse other questions tagged oil engine-theory or ask your own question.

10
Accidentally poured engine oil into the coolant reservoir
4
Where on the Jeep Wrangler TJ can I tap into the oil line?
3
Mechanic Troubles And A Small Watery Oil Leak
3
1994 LT1 350 in a Caprice wagon. Oil getting pumped into the coolant and flowing past the coolant reservoir cap
2
Oil on radiator cap what could be the cause for that?
8
What's involved in getting a piston engine to spin the other way?
6
Options for catch can setup