I have a moped talking, and on the carburetor there are usually two hoses, right? Because currently mine only has one coming from the carburetor, and the line is going to the gas tank. However, I do see on the bottom of the carburetor that there's another spot for a hose. Where is that hose supposed go? 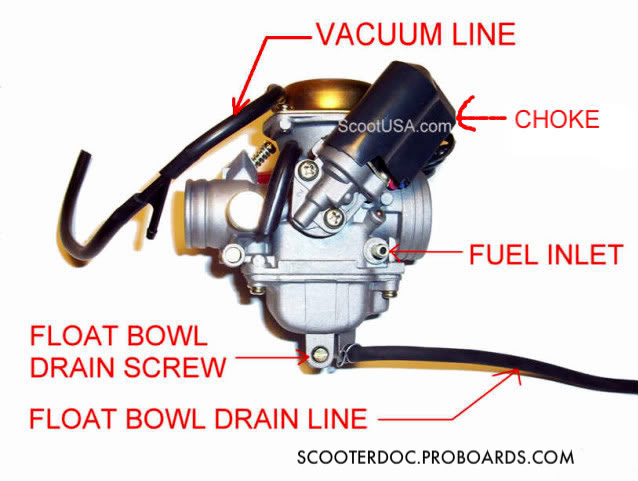 This carburettor is what we call a float carburettor. Essentially, the bottom side of this carburettor works on the principle of a bowl, a float, and a needle. The bowl contains a certain amount of fuel to be drawn into the engine. Inside the bowl there is a float, which is attached to a needle. As the gas level goes up, the float raises the needle and stops the gas flow into the bowl. When the fuel starts to be consumed, the float drops, and allows more gas into the carb. Here's a good illustration of it: 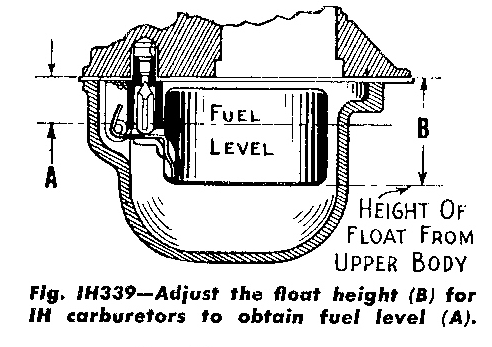 According to the diagram at the top, the location you are talking about is simply a bowl drain. It is used when you are doing a carb cleaning, or, more frequently, a carb flush. I have personally used float bowl drains for emptying bad fuel or fuel with the wrong octane rating out of the carb so that I can have fresh going into the motor.

The hose is simply so that if you have to perform a carb drain, it doesn't drop the fuel on the hot engine.

TL;DR: Nothing's missing. If ever you do a carb drain, you might want to hook a tube onto that nozzle. Otherwise, it won't affect your engine at all.

Not the answer you're looking for? Browse other questions tagged carburetor scooter intake-manifold moped or ask your own question.

5
High altitude adjusment for carb 4stroke. (honda xr650l)
4
Reconnecting Kawasaki GPX 750 1998 to Keihin G301 carburator
4
Float carburetor leaking gas
6
Same engine but different intake manifold design: which one should I use?
2
What is this part of my Carburetor ? And what does it do?
1
Three New TaoTao 49cc mopeds won't start. Two new carbs . Engine not getting gas, Have checked everything. Runs with choke or starting fuid