What pressure should i run in my winter rally tyres?

I'm going to buy and run for the first time a winter rally spiked tyre of 145 80 r13, and I was wondering what pressures do people generally use rallying in low winter temperatures on snowy terrain?

Does running a low pressure increase the grip? Does the air inside increase or decrease volume just like a summer tyre increase pressure inside it as it gets warm?

Note: I am asking about a rally tyre, not a road one

Edit: The manufacturer recommended 1.5bar front and 2.0bar for rear (2.5bar for high oversteer) for my current setup, fwd light car with 75% weight on front 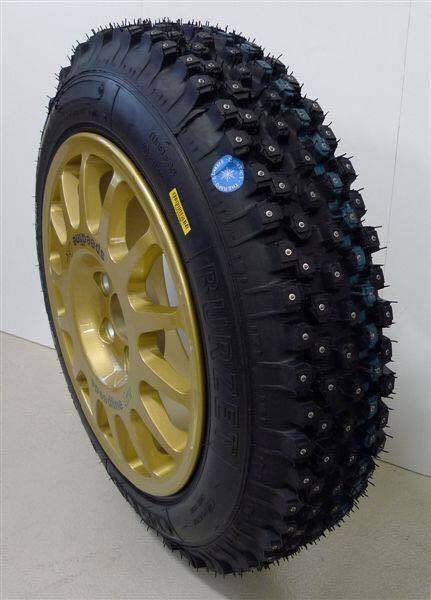 Generally speaking, reducing the pressure will be a dangerous idea - underinflated tyres don't stop anywhere near as well, and steering will be more of an issue.

It's actually supposed to be quite a rigid tyre - snow tyres aren't meant to ride on top of the snow (like a large, fat, low pressure tyre would) but cut into the snow for added sideways grip.

Yes, pressure will increase with heat, but because these tyres are probably lower volume than your summer tyres, the effect should not be as marked. You'll still expect about 1 psi for 10 degrees increase in ambient temperature, which isn't as significant on more rigid snow tyres as it is on a broad slick, for example.

Two of my friends who race winter rallycross suggest up to 40psi for short stages and 35-ish for longer stages to take into account the increased temperatures.

Not the answer you're looking for? Browse other questions tagged tires winter pressure racing rally or ask your own question.

0
What essential preparations should I take before winter driving?
23
How long should I let my car warm up in the winter?
1
What type of tyres I should use in UK?
5
Winter tyres - how necessary are they?
3
Winter is here, what measures should be taken to protect a motorcycle?
4
What could be causing the rapid loss of tyre pressure?
12
Should the inflation pressure for low profile tires be the same as for regular tires?
1
Should I put cement in my trunk for the winter?
2
should I change the tyres soon?
0
How are winter tyres different from normal tyres?