Can dangling wires that originally went to the blower motor resistor short out the entire car (including engine) while driving?

I have a 2005 Saab 9-3 with ~210,000 miles. Over the weekend, I attempted to fix my blower motor by replacing its resistor. I disconnected the battery (- then +) and got the resistor out. This is when I learned that the wires were actually melted into the plastic cable connector hub that they share. I managed to get them out and said "screw it, I'll finish this crap later". I knew I had to get some electrical tape to go on the ends of the wires, but I didn't have any and didn't trust myself to drive at that point (Saturday afternoon...) - so I left the wires just sitting there and forgot about the tape completely.

Drove about 30 minutes to & from work. Drove another 10 minutes an hour after I got home, and then as I was driving the TCS & STM failed and a few seconds later the whole thing shut down at a red light - engine, lights, everything. I definitely should've just pulled over when I got it started again, but I kept going and 30 seconds later, going up a hill, it died again... Anyway, I realize it was a boneheaded move to forget about those wires that were just dangling there completely exposed, but could that actually cause the whole thing to shut down? Or would that just blow a fuse and I've got a bigger issue? Need to know before I chance a drive to work today... AAA guy said the battery looked fine and he concluded it was the wires, but it's always best to get a second opinion to avoid causing a 20-car pileup. Oh and my inspection sticker expired months ago, so if it does fail me, I'm risking issues with that.

Left it idling in the driveway for 45 minutes this morning before getting in and driving to work. Figured it'd shut down while sitting in place if it still had a problem. Drove it 50 feet and it lost power going down a hill. Good thing brakes still work when that happens! But what's going on with this thing? Are there any easy things to look for that I could do in my driveway? Why would driving it such a short distance kill it? I disconnected the battery and reconnected it, then reversed up the hill and parked it. Then I pulled the parking brake, put it in neutral, and put some strain on the engine (3-4k) for 4 or 5 minutes with periodic rests, but it never shut down again.

Was it this thing you replaced? It's the Control unit, ventilation fan, ACC (220b). 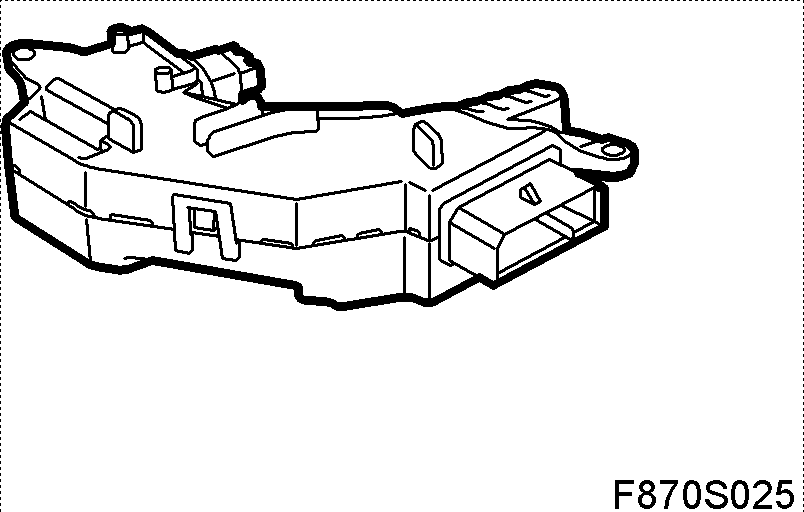 It's fed by fuse 23 in the dashboard fuse box (IPEC), which doesn't seem to do much else. If those wires were shorting out, you would blow fuse 23; no smoke, no fire, unless something else was badly wrong. I'm afraid your loss-of-power problem has another cause. But rule this out, of course, and insulate those ends.

sounds like those wires are causing the shutdown problems. Could be there is some direct connection or if things are melted possibly a short between 2 circuits. If it is simply shorting out then it could potentially cause the car to stall due to the power drain but that by itself is unlikely without also causing lots of smoke and burnt electronics smell.

Either which way cap and tape up those wires.

Not the answer you're looking for? Browse other questions tagged electrical battery saab intermittent-problems 9-3 or ask your own question.

5
1997 Geo Metro dies after driving for a short time. What next in diagnosing culprit
3
2009 Aveo electrical problem
1
Saab 93 Automatic died when waiting for traffic light and won't start again
2
wont start only rapid clicking 2004 chrysler concorde lxi 3.5L
1
Battery/alternator on 99 Chevy Prizm?
4
Car turning itself off in highway
3
98 Mazda 626 with Intermitant Stall and Restart Problem
0
2007 93 saab has white smoke coming from under the hood
1
Strange electrical issue with 2001 Civic
1
Most Dash Lights (and Gauges) Turn on and off Periodically before Car Shuts Off Completely