What Could Cause Flash Over / Arcing to Reappear on New Plugs?

I had been having some hesitation problems on my 98 Mazda 626 which after a great deal of research seemed to be solved by replacing the plugs: 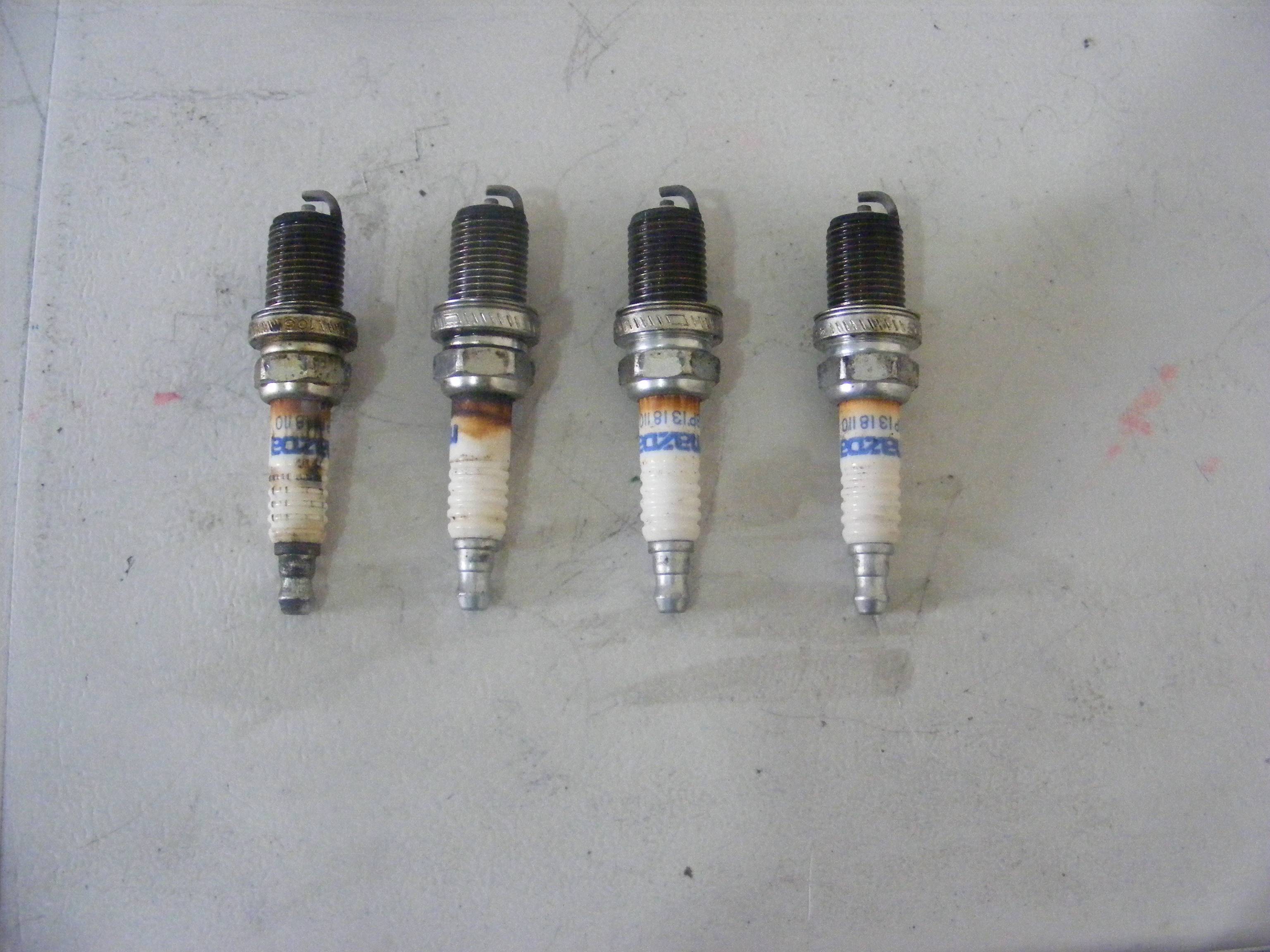 As you can see, there seems to be signs of flash over / arcing on the number one cylinder spark plug.

After a while the problem seemed to come back, and I couldn't understand why. Then while I was doing my front oil seal, timing belt and water pump I had to pull the replacement plugs: 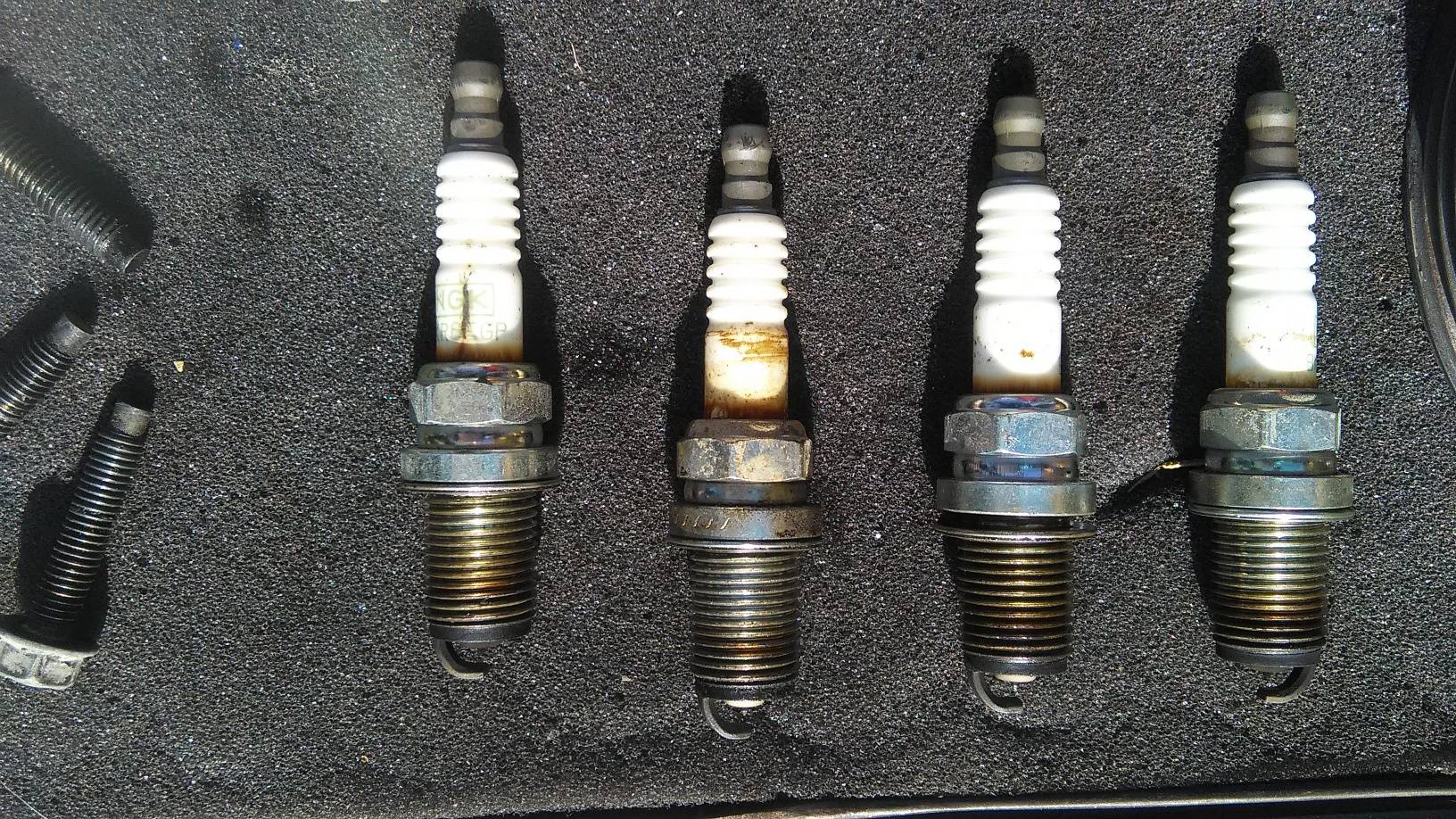 As can be seen, there seems to be arcing on the number one cylinder spark plug again! ( in addition to what looks like carbon fouling on the number 1 & 4 plugs, but that's a separate issue )

Any ideas what the heck might be going on?

So @FredWilson was right about the boot having a carbon trail in it: 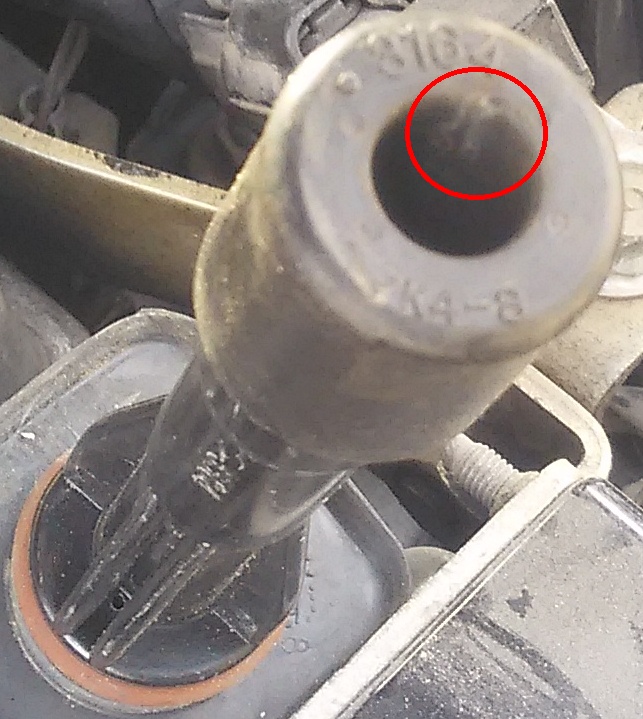 However I couldn't see anything like that in the #4 plug boot. I think I'll try the dielectric grease by itself first just for fun to see what happens.

I think your problem is your plug wires. I think they are leaking along the boot and down to ground (earth). With this loss of energy, you'll also see the large carbon buildup on the business end, due to unburnt fuel deposits. Since you are saying you are seeing the carbon tracking on the number one plug again, this is my reasoning for telling you the plug wires. Since they haven't been changed, this is the most likely culprit.

Also, whenever you put new plugs or wires on, use dielectric grease. Squirt a little into the boot just before you put it onto the spark plug. This will do two things for you. First, it will keep electrical leaks like this to a minimum. Dielectric grease doesn't transmit electricity, so it becomes an insulator. Secondly, it will also keep the boot from adhering to the porcelain of the spark plug. If you ever need to take the boot off the plug for any reason, it will come off a lot easier.

Definitely plug wire(s). To confirm this take a look in the dark...enjoy the fireworks.

Not the answer you're looking for? Browse other questions tagged electrical ignition sparkplugs or ask your own question.

8
Rough Low Idle and Engine Shakes, Hesitation and Lack of Power
5
Do I have a fuel pressure or injector problem, or am I just chasing ghosts?

30
What is the difference between normal, platinum, iridium plugs?
5
Gapping New Spark Plugs from the Dealership
7
What do you do with dielectric grease on spark plugs?
6
Emissions Problem: Lambda AND CO Slightly High on my 98 Mazda 626
10
How to diagnose the cause of no power reaching the spark plugs when power reaches everything else, after checking fuses?
2
Why are my new spark plugs doing this?
2
Ignition lead plug end has white residue on one lead, what could be the cause?
1
VW Fox ignition system problems
4
What do the colored rings on spark plugs mean?