How do you remove the metal plate that locks the oil pan in place on a 99 ranger?

I've got a lot of help off this site and asked a similar question before but it was closed because I was asking too much.

I'm trying to replace the oil pan gasket on my 99 ranger. It's kind of hard to see in the pictures but there is a metal plate that seems to be blocking the oil pan from sliding forward enough to change the gasket.

I've tried my best to highlight where the plate is by outlining it in green but I don't know how big the plate is, what the plate is called, or what bolts I have left to remove to get it out.

Does anyone know what that plate is called and how to remove it? 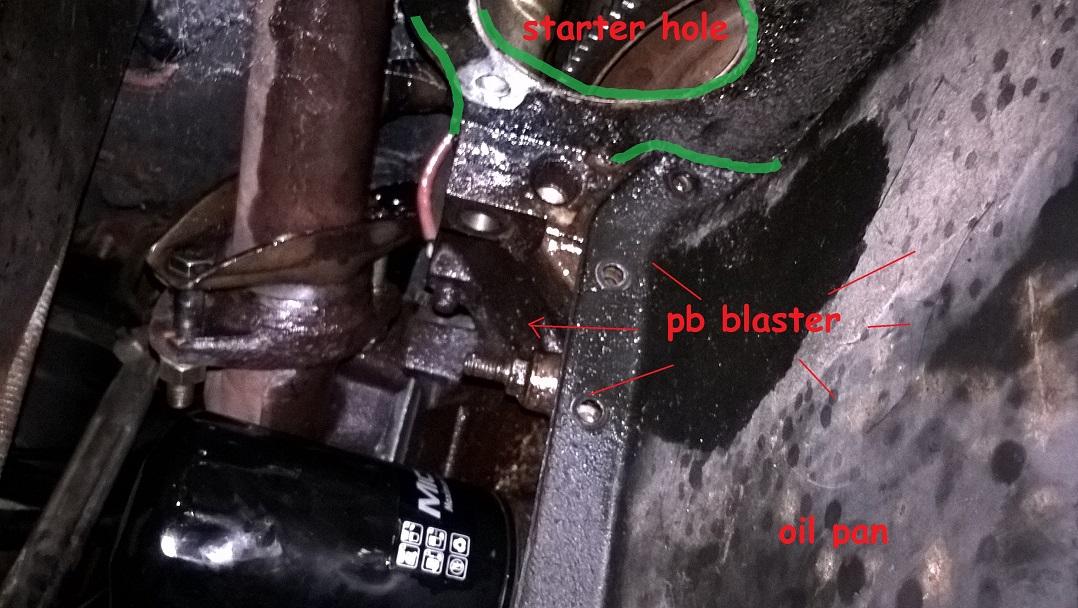 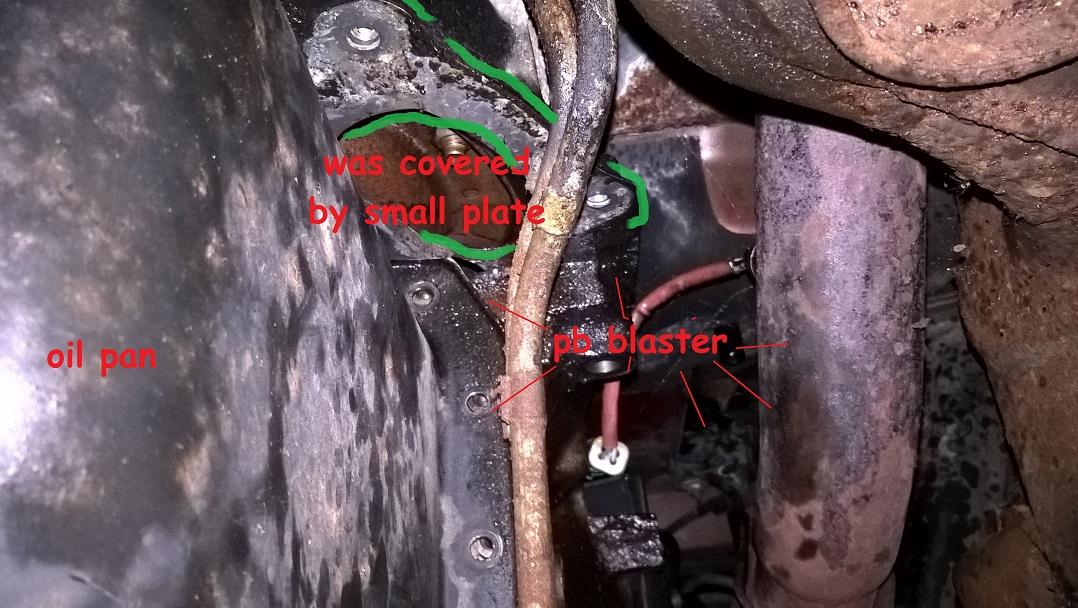 You have one option on the 3.0 Ranger. You need to remove the exhaust y-pipe, separate the transmission from the engine (including removing the driveshaft and crossmember.), remove the flywheel/flexplate, then you can remove that metal plate, lift the engine and drop the oil pan.

You'll probably need a cherry picker and plates to bolt to the engine to lift the engine.

A guy on craigslist fixed this for me. He didn't have to remove the exhaust or anything like that. He dropped the drive shaft and disconnected the transmission from the engine. That gave him enough play to get the new gasket on. It took two people and one of them was an expert. We had to jack up various parts of the transmission. It wasn't easy and if you're looking to me for help you need a professional too. But if you hire someone on craigslist its a win-win situation for both of you.

Not the answer you're looking for? Browse other questions tagged ranger oil-pan or ask your own question.

2
What is the torque and sequence for a '99 Jetta Oil Pan?
10
What material should I look for in an oil drain plug gasket?
2
Remove Transmission Oil Pan Stuck Bolt
7
Coolant still in oil after head gasket change?
6
How to remove oil-pan when only sealant is used
3
oil pan removal
1
99 Ranger, rear brake drum won't come off
1
Rusty oil pan, clean or replace
0
Replacing rubber drain plug gasket with a crush washer