First, I have to preface that I am a complete newcomer to motorcycles. I don't have any people in my circle of friends that ride so I'm just diving in and learning and asking questions on here since I love it so much (so please bear with me!).

I bought a 1972 Honda CB750 and have been doing work on it. I did not receive a manual with it and have found some diagrams online but have some very basic questions.

1) The choke 'on' would be when it's pulled out, correct? I can't seem to find any other chokes online that look like mine but I'm just making the guess by looking at it: 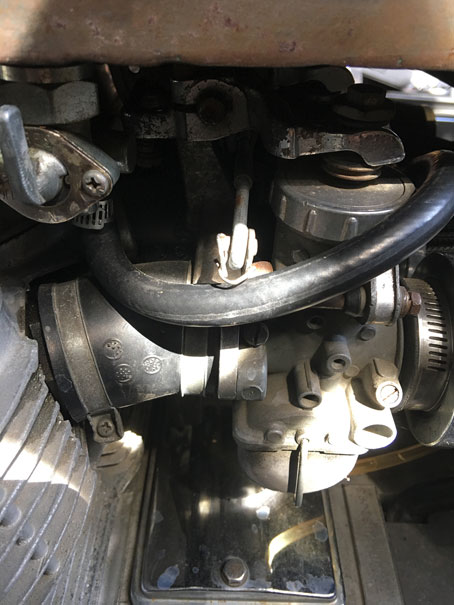 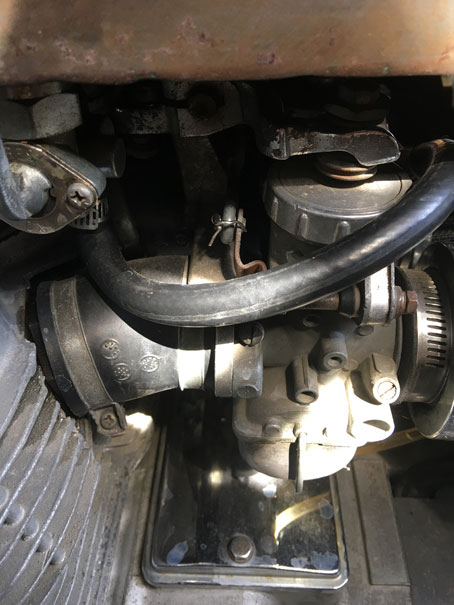 If this is correct, I left the choke on for like a week since I've had it. I did an oil change and now the engine won't start. It turns but won't fire. My guess is that by keeping the choke on, I screwed up the spark plugs and need to replace those so that's what I'm going to look at first.

I'm just hoping to get confirmation on this (and hoping it will help others with my same type of choke in the future) since I can't seem to find anything definitive online at the moment.

If you ran your engine with too much gas going into the engine for an extended period of time, there are good chances that you will have to change your spark plug as you suggested.

You should be able to roughly diagnose this with a look at the spark plug. If it is covered with black almost fuzzy carbon deposits, it is a sign that frequently indicates that the motor is running too rich. Essentially, the fuel isn't all burning because of an insufficient oxygen supply, and the partially un-burned fuel deposits on the piston head, the cylinder walls, and the spark plug.

A picture from http://www.aa1car.com/library/spark_plug_fouling.htm of a carbon fouled plug: 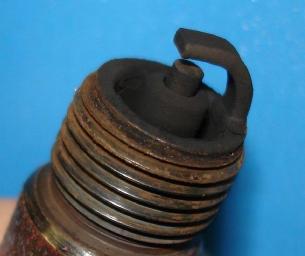 The carbon will short out your plug instead of bridging the gap correctly, therefore the engine will not start (insufficient spark). The spark plug will need replacing - unless you feel up to attempting a cleaning. (Something I have done numerous times with success, but not something I recommend: spark plugs don't cost that much. :) )

Not the answer you're looking for? Browse other questions tagged honda motorcycle choke or ask your own question.

2
Engine Does Not Run with Choke off (Honda CB750)

6
2006 Honda Odyssey: input radio security code with broken buttons?
8
What can cause my motorcycle to shift into gear (but not all of them) without using the clutch?
5
Honda Shadow Phantom VT750 2016 trouble starting
3
Stripped Threads on inside of Oil Drain (Motorcycle; '72 Honda CB750)
4
Wire Lights '72 CB750
4
Replacement/Copy of 70s Honda Key
2
Engine Does Not Run with Choke off (Honda CB750)
2
Seized Calipers That Move - Worth Keeping?
2
Car inconsistently won't start