I need to replace the light bulb for the radio in my '65 Buick Wildcat.

The bulb appears to be marked with the number 294. This number isn't an off-the-shelf part at NAPA and a cursory Google search turns up some LED bulbs but nothing incandescent.

Doing a search for "Delco radio bulb" brought me to This Interlight Page which gives a part number of 7290302, but that doesn't seem to cross-reference either.

The closest I've come based on other bulbs used in the vehicle (according to NAPA) is #1445.

Does anyone have any experience with this radio and/or bulb that can suggest a better match? I'm willing to take a less-exact match to have something I can pick up at one of my local auto parts stores. 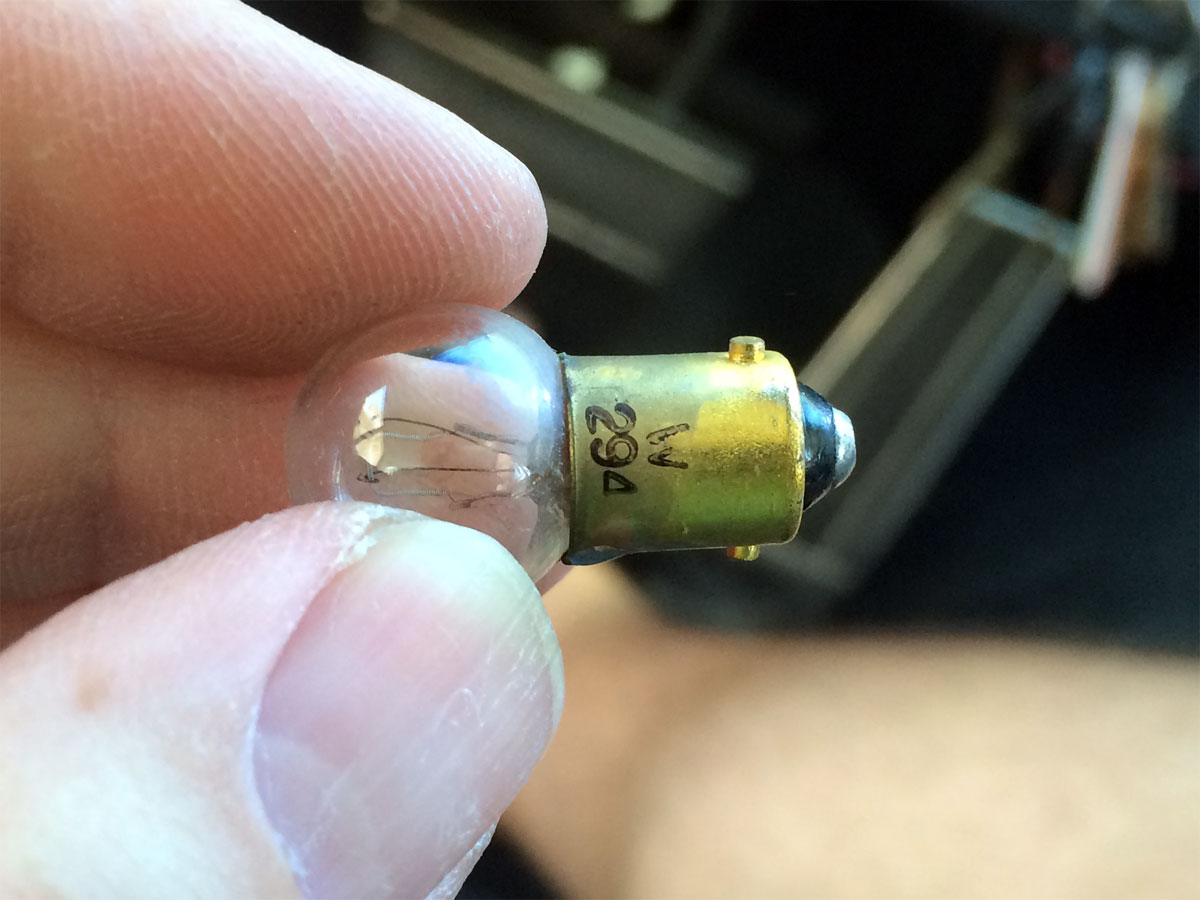 Since I was chasing another issue with the radio in another forum, I also asked this question there, and was given bulb #293 as a candidate.

I appears you need a G3.5 or G3 1/2 bulb with a bayonet base. It is also referred to as a mini indicator bulb. Looking on amazon, there are still some companies that make them.

Not the answer you're looking for? Browse other questions tagged audio part-identification buick bulbs or ask your own question.

5
How do I find a replacement radio?
1
What model of bulb should I buy for BMW 320i 2006?
3
Taillight Not Working Even with Bulb Replacement
2
91 Buick Regal radio/amp replacement
1
How to figure out the light bulb part number?
3
Why did the light bulb burned shortly after being replaced?