People have often stated that the oxygen sensor installed behind the catalytic converter in a common gasoline engine setup has only one function: to test the health of the catalytic converter. Specifically, that it plays no role in engine mixture control. There is generally no disagreement with the role in catalyst testing. The question: are there any engines where this sensor is used by the engine control computer to modify the fuel mixture or other operating parameters?

The rear fuel control controversy has been the subject of some interest on professional automotive repair forums in years past, principally i-ATN. Rear fuel control strategies are used extensively; this is a well-established fact within the industry. For a more accessible reference source; the Bosch Automotive Handbook is a good reference. In the 5th edition, it's on page 525.

Engine management fuel control strategies are among the most closely guarded secrets. Documentation is scarce on the details of how it is done in any given system. That does not mean we are without ways to discover generally how it is done. One piece of evidence we have is the OBDII PID labeled O2BxS2FT. A fuel trim PID for a rear oxygen sensor suggests that the after catalyst sensors are indeed used for fuel control. Experimentation can also reveal how the different OEMS use the sensors. Some systems, Subaru of the late 1990's for example, are unable to maintain mixture control at or near stoiciometric when the pre-catalyst sensor becomes disabled. Others have no problem maintaining fuel control on both banks even when only one rear sensor is operative (1990 Lexus LS400).

Fuel control strategies have changed over the years. In the 1970's and early 1980's system designs tended toward simple direct feedback logic. The mixture sensor sends its signal, the controller adjusts the mixture via changes to the injector on time, combustion happens, and then the sensor reads the new adjusted mixture, and so the feedback cycle continues. This system works but is crude by current standards as it is mediocre when it comes to optimal fuel mileage management and very poor at the fine level of mixture control need by the catalyst for optimal emission control. This is the system design commonly known and quoted among technicians and amateur internet forums. It is where the myth that the rear mixture sensor only tests the catalyst comes from.

Newer designs have changed significantly. This logic type has been labeled "feed forward". It uses Neural Network learning logic and memorized previous engine response parameters to achieve fuel control that gets a clean tailpipe and better power.
This method uses an air fuel ratio sensors pre-cat and standard O2 sensor post cat. The AFR sensors test for misfire detection, mixture variation among cylinders and exhaust temperature. The rear sensor checks average mixture, catalyst output temp, and for a few seconds when conditions are right monitors catalyst heath. Direct feedback is not used as it is much to slow to keep the mixture in the range needed.

Fuel control logic varies greatly over the years and between manufacturers. Blanket statements about how it is done are unlikely to be supportable. However, one can discern some of how it is done on any given vehicle by watching graphed mixture sensor data on an extended test drive.

Practical example from my BMW M5 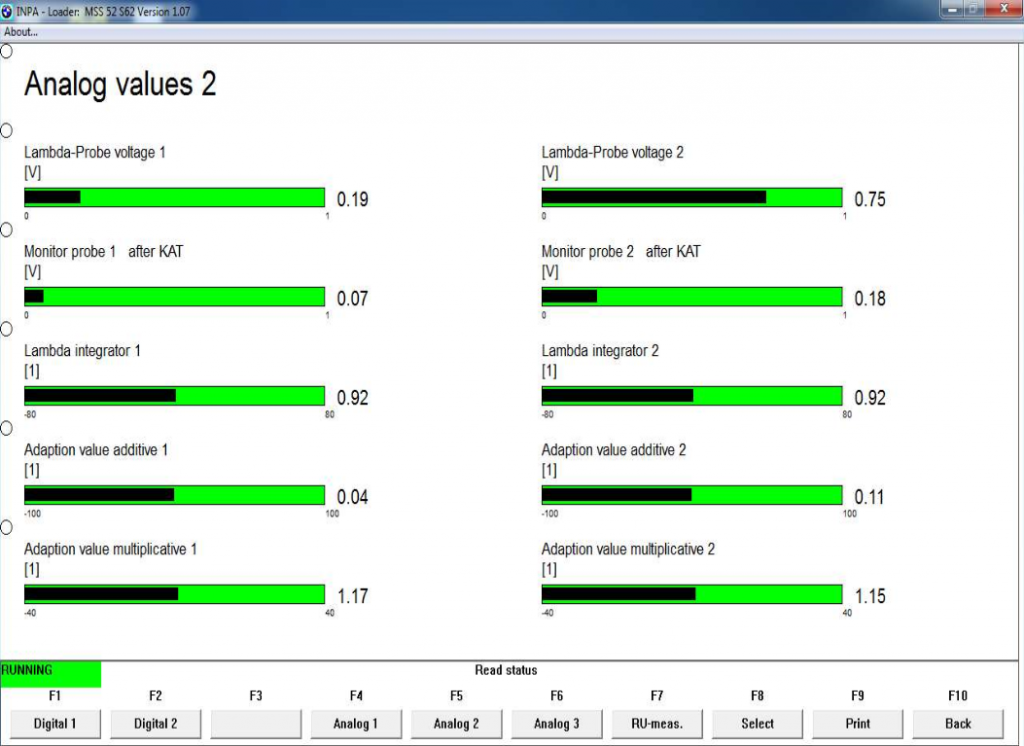 Not the answer you're looking for? Browse other questions tagged engine-theory o2-sensor fuel-injection or ask your own question.

4
Is it possible for an oxygen sensor spacer to cause a car to stall?
2
Difference between banks for AFR & O2 sensor values