I'm working on a Subaru EG33 engine which originally came out of a '92 SVX and will be going into a '96 Impreza. We had to take the upper part of the intake manifold off to get to parts of the engine to get it out of the SVX. Most of the vacuum lines on the engine are hard as rocks. During the process of removing the intake, many of the lines broke. We are in the process of trying to get them all sorted with new vacuum lines, but we have one thing we cannot account for under there. This black box is where the problem lies: 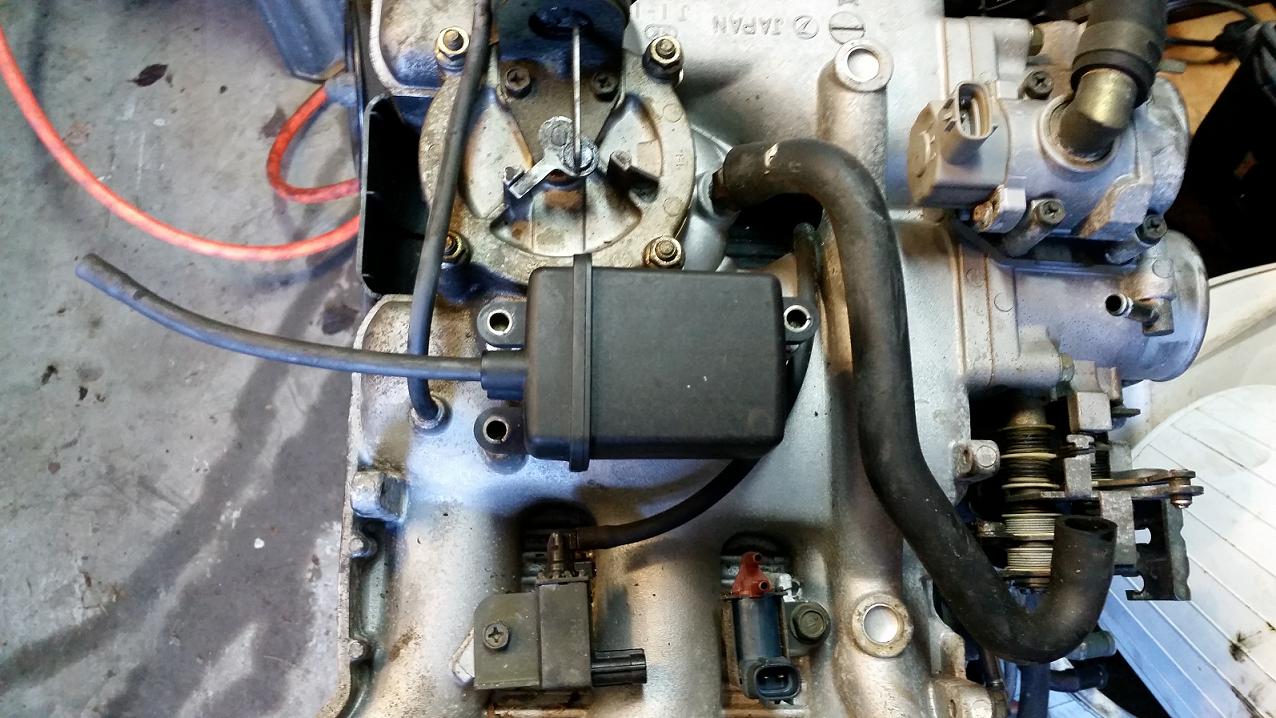 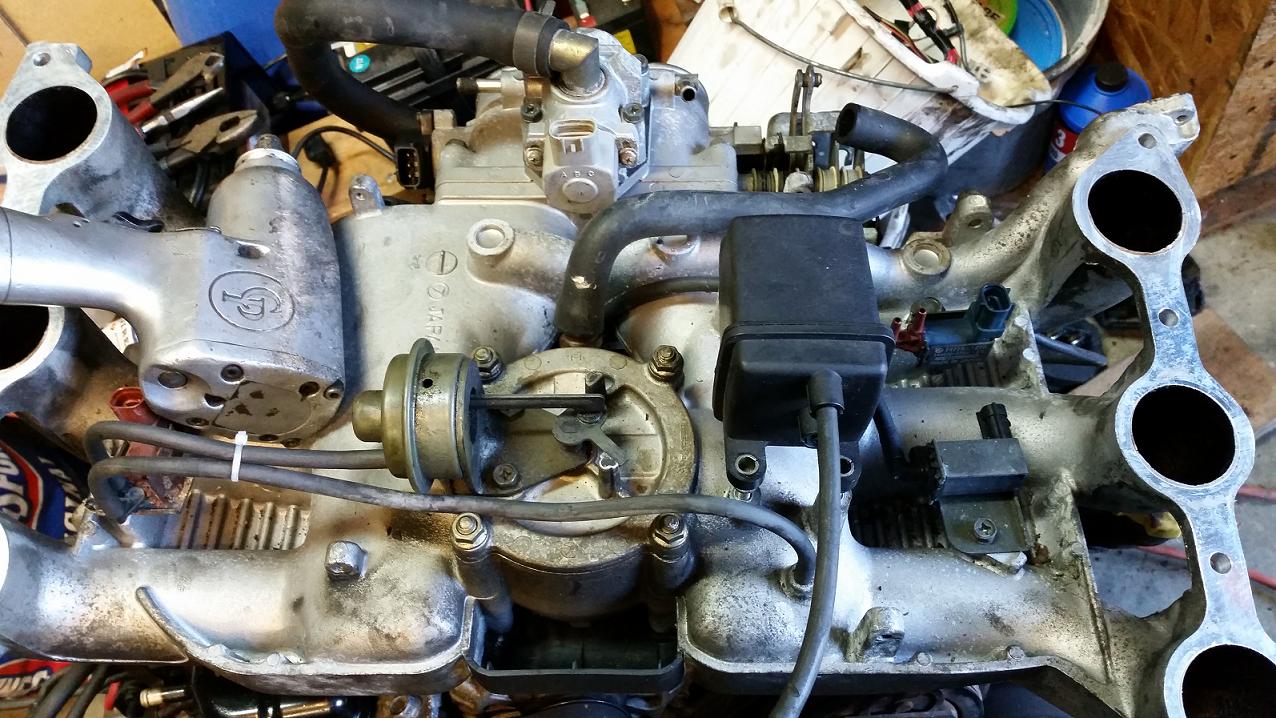 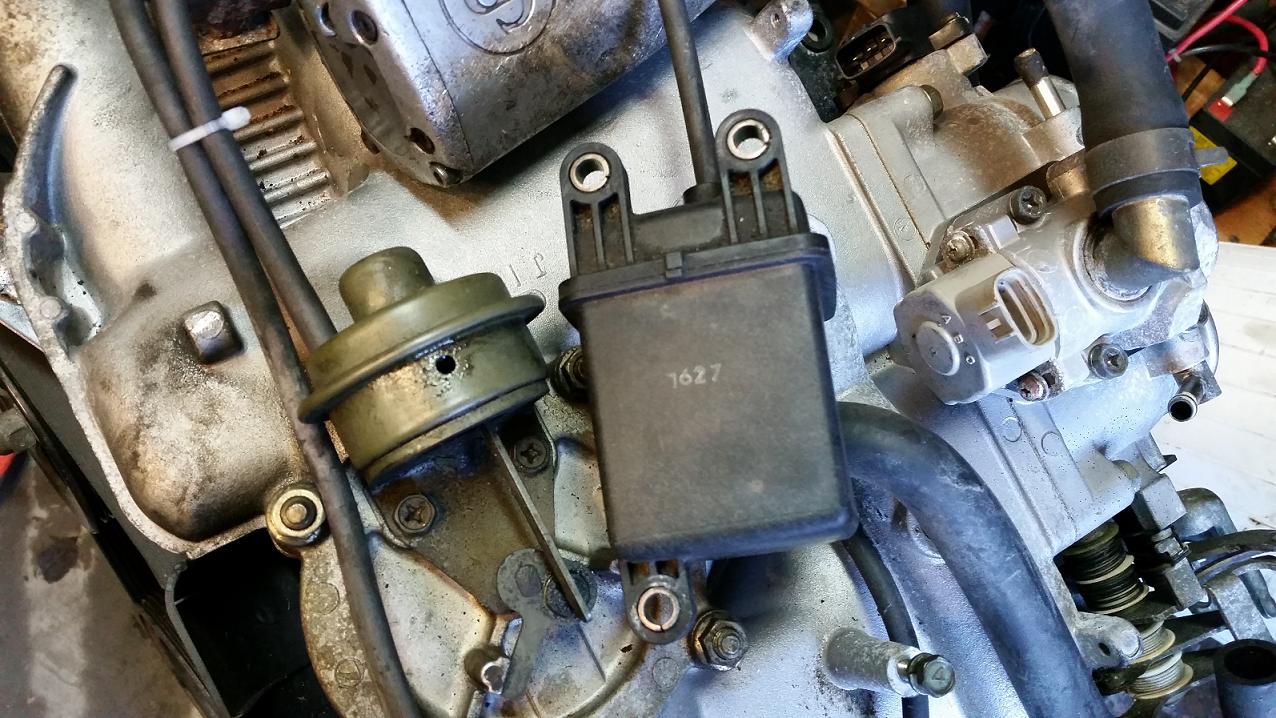 The box has two vacuum lines which attach to it. The first (the one which is actually attached) can be accounted for and goes to the charcoal canister. The second line we have no clue about. We did find a partial line which has a breather stuck in the other end of it. I believe this might go to it, but the problem is it didn't fit either of the nipples. There is only the single marking on the underside of it. The marking you can see in the third image. There aren't any electrical connections to this box, it just has the two nipples. The biggest problem we have is, we can account for the rest of the vacuum lines which are under the intake manifold, so this leave us very befuddled.

With all of this in mind, I have two questions:

While the black box is not connected to the intake in the picture, it is located where it would be bolted to the intake manifold. If someone has some vacuum line diagrams, I'd be happy to take a gander at them!

It's a vacuum canister, it holds vacuum so the EGR can operate smoothly. Video of a guy talking us through the Subie's intake on his workbench

One line goes to the intake about an inch away from it. Your first picture has a line already there, it doesn't match what this guy has in his video. Second line goes a long way around to the red actuator under your air drill in the 2nd picture. 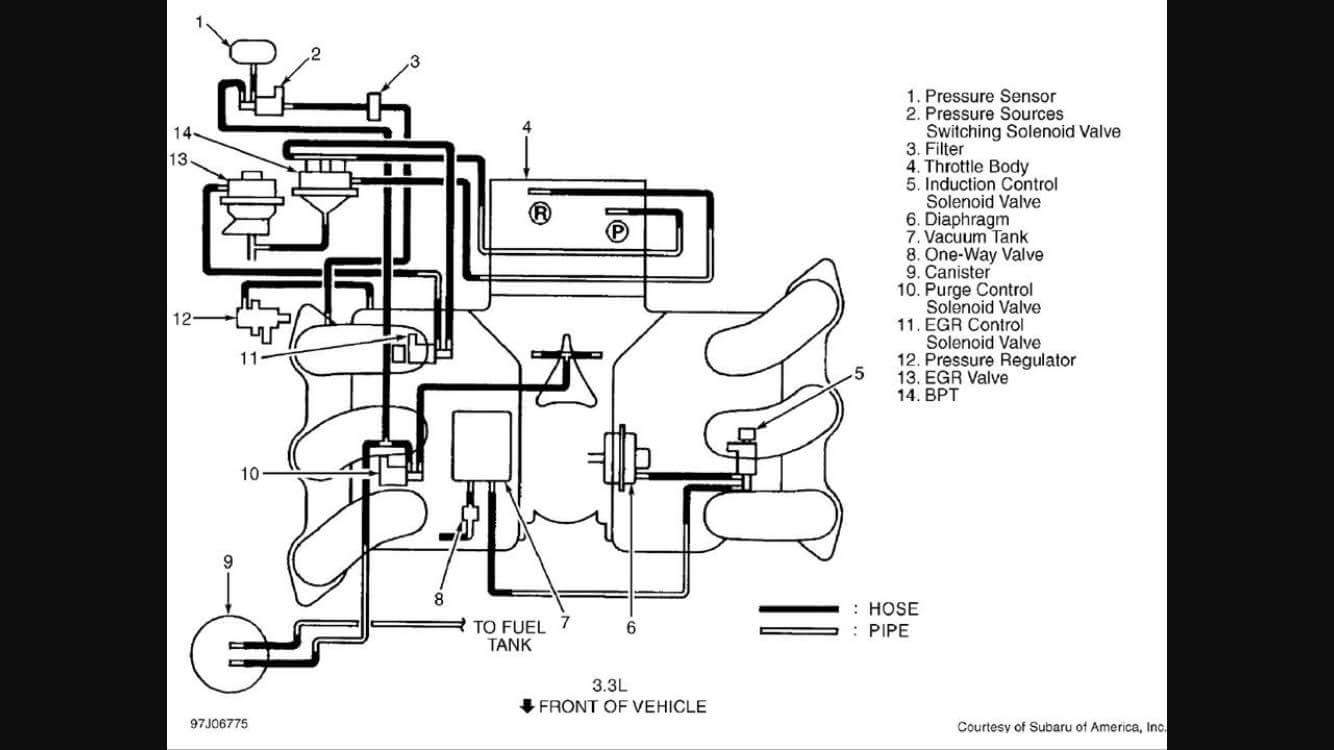 Not the answer you're looking for? Browse other questions tagged subaru part-identification eg33 svx or ask your own question.