Why are these paint dots under the timing belt cover not consistent?

I am about midway done with changing the timing belt & water pump on my 1999 Toyota, which features a 6-cylinder 5VZ-FE engine. After getting the front timing cover off, I discovered that there were some paint dots on the rear timing cover, and also both cam pulleys.

(Despite the vehicle's age in years, it has rather low mileage on it and so might very well still have had the factory timing belt on it. So, I think these paint splotches are from the factory.)

For the most part, these splotches coincide with the TDC notches that are cast/cut into the cams & the back cover, but somewhat sloppily.

On the passenger-side cam sprocket, the painted dot is directly over the pulley's timing mark, but the corresponding painted dot on the rear cover is to the left of the 'V' notch. 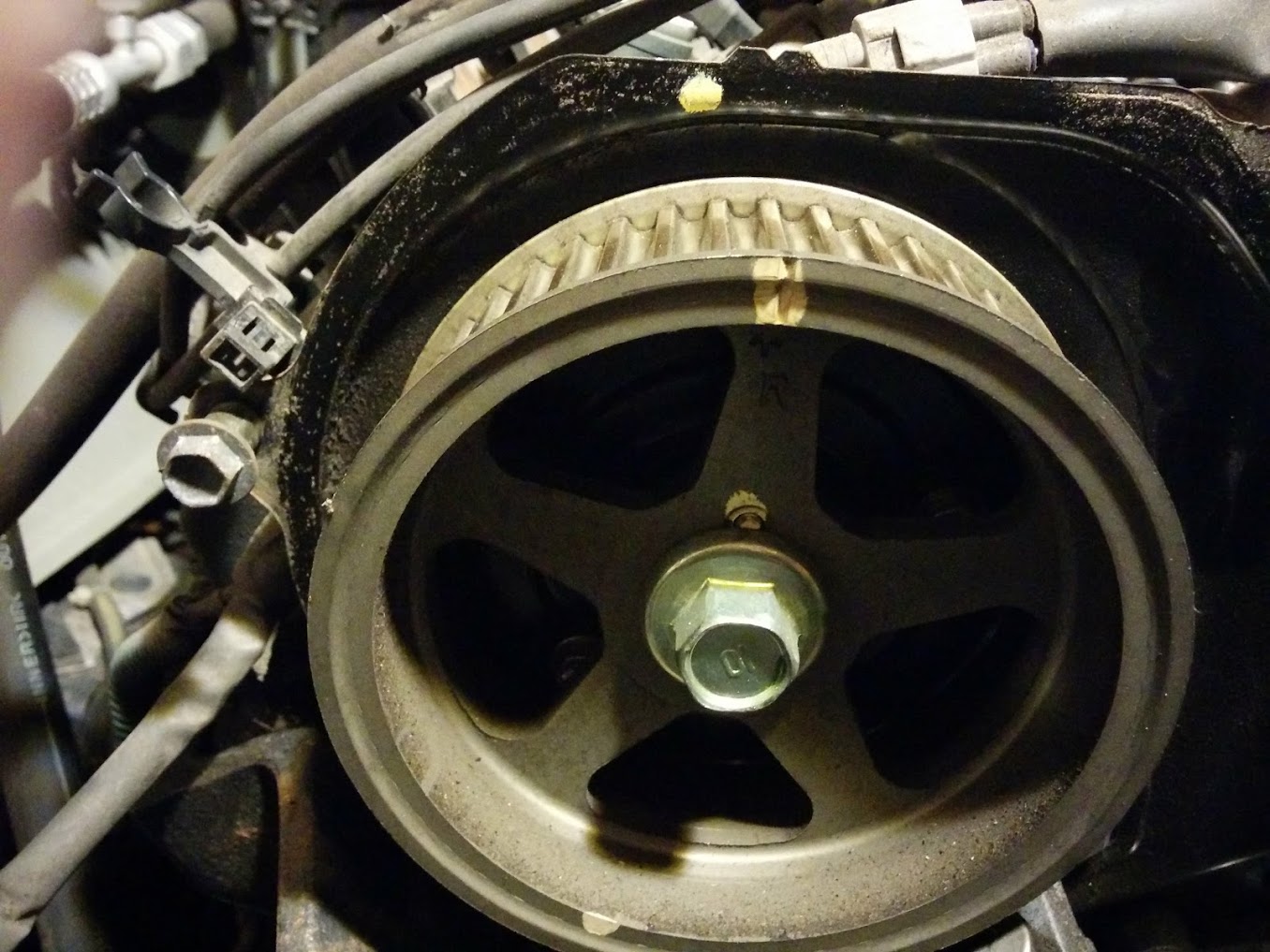 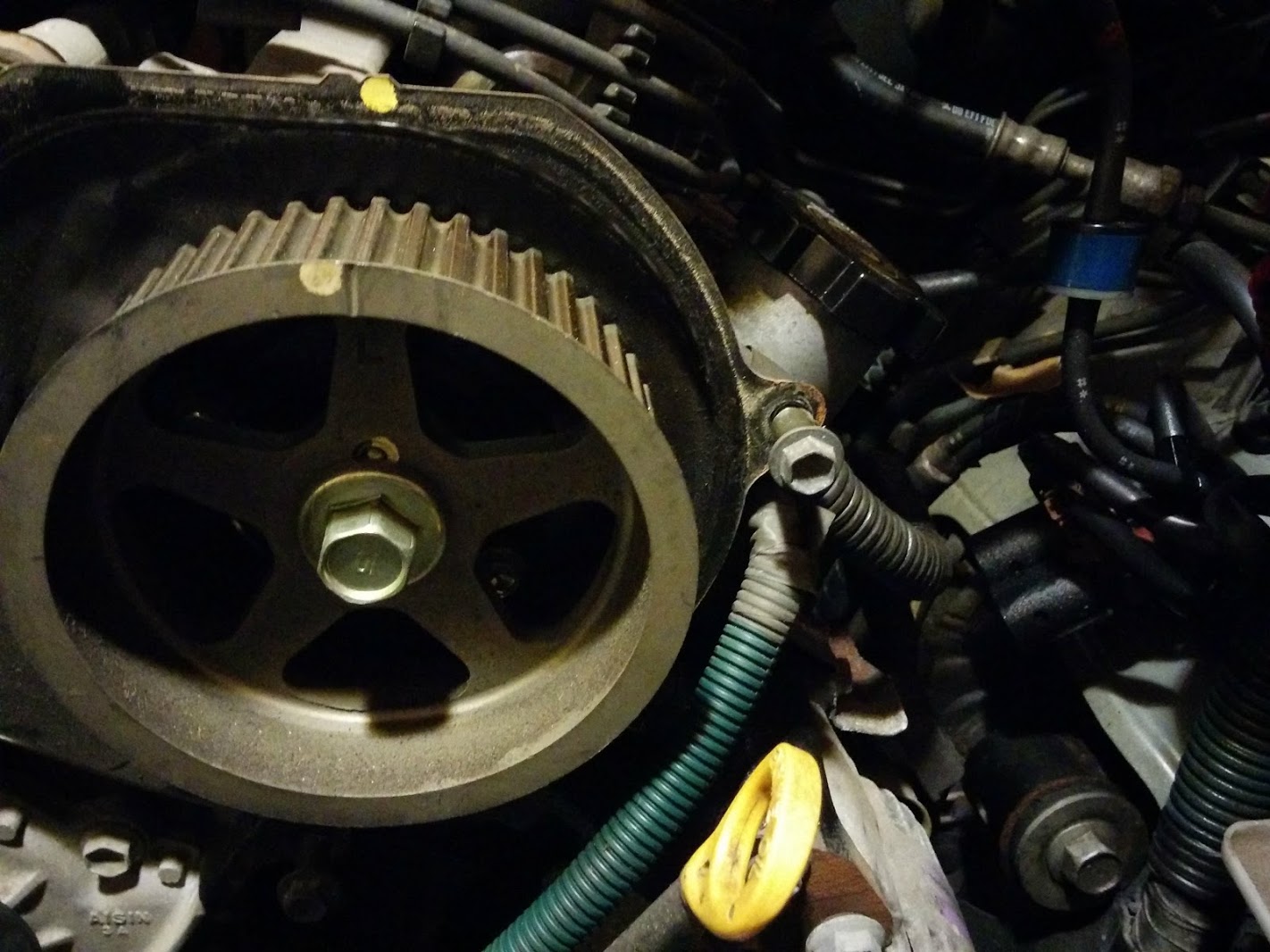 What is the point of these paint marks? What meaning are they conveying that the actual TDC markings don't? Do I need to interpret their positions relative to the TDC alignment notches in a particular way? ... And if not, why did Toyota even bother with the paint?

(There is also the puzzling matter of the additional paint splotch ~170 degrees out of phase with TDC, on the passenger side. But I'm content to ignore that one.)

Despite the vehicle's age in years, it has rather low mileage on it and so might very well still have had the factory timing belt on it.

I would say this is very unlikely a belt of this age regardless of mileage would probably be well perished by now.

I don't know for a fact but usually, the technicians who time these engines have more efficient methods of timing and installing the belts than the official guide instructs. Tricks like turning cam pullies half a tooth off etc. to make it easier to fit the belt around idle pullies and tensioners. This is even more common on V, DOHC and engines with split timing.

Not the answer you're looking for? Browse other questions tagged toyota timing 5vz or ask your own question.