Why does the fuel indicator take time to register a newly filled tank?

Whenever I've fueled my car, it takes around 3 to 4 minutes for the fuel indicator (digital) to show the increase in fuel. Noticed this in a friends car too. This answer says it is to prevent variations caused by sudden movement of the car.

In that case, if the car is moving up or down a slope, won't the fuel reading be incorrect? I'm not able to picture what that mechanism looks like and how it operates.

On a side note: Even for my bike (not a digital meter), the indicator needle varies by +- 10 degrees.

If anyone here could explain what the mechanism looks like and how it works, I'd be very grateful.

The level mechanism is an arm on a pivot attached to the top of the fuel tank and capable on moving to touch the bottom on the fuel tank. To the other end of the arm is attached a hollow plastic float. The plastic float is buoyant enough so that, even with the weight of the arm, it floats on the surface of the fuel. As the fuel level changes, the arm goes up and down. The arm is attached to a potentiometer which send a signal to the car describing the angle of the arm.

Certain cars take an absolutely instantaneous reading from this arm, for example, the Alfa Romeo 155. It was always fun to drive one of these around a round about and watch it's fuel light illuminate when turning right and exiting the roundabout, turning left and seeing the fuel gauge leap up to half a tank.

My Volkswagen Bora takes a while for the fuel gauge to register a level but I know that when it's pointing down hill, it gives an artificially high reading and it reads slightly low pointing up hill. Several times have I left for work thinking I have enough fuel (we live on a hill and I park pointing down) only to find I need to fuel it up once the car has been on level ground for a little while. Also, the fuel warning message almost always first appears when climbing a long, steady incline. 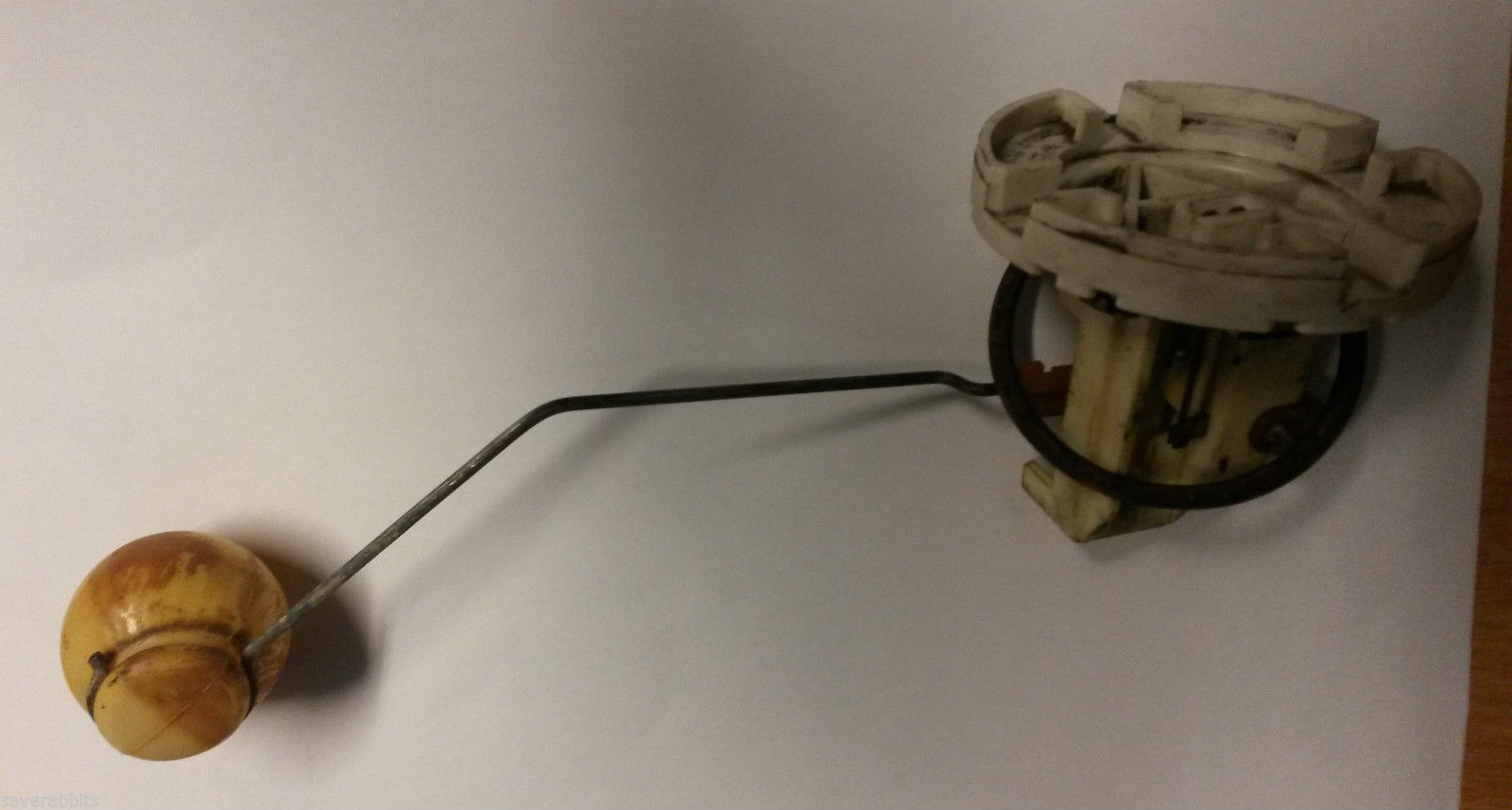 This image shows the fuel level sender from a Mk1 Golf. You can see the arm, the float and the white circular plastic piece at the top of the image screws into the top of the fuel tank and contains the potentiometer and plugs into the cars wiring loom.

Not the answer you're looking for? Browse other questions tagged fuel-tank indicators or ask your own question.

87
Does the amount of fuel in the tank matter?
1
Why is there no explosion risk while there is a gasoil pre-pump immersed in the fuel tank?
20
Does (forcefully) overriding the self-canceling damage my indicator levers?
15
Why does stopping and starting a car in heavy traffic burn more fuel?
4
Why does the engine have lesser pulling strength when the fuel in the tank is lesser?
3
2008 Sebring Convertible fuel tank won't take fuel
1
Diesel engine fuel return pressure -- how high above the engine can the fuel tank be
6
Does fuel go bad after some time?