How do the audio controls on the steering wheel communicate with the radio?

Do they use some sort of wireless protocol, such as Bluetooth? I can't imagine there is enough room to have physical connections for all of the controls that would also allow for the full rotation of the steering wheel. I am specifically interested in the Sony radio in a 2010 Ford Flex, but any information would be appreciated.

It doesn't take as many wires as you think, and they just add additional circuits to the clockspring.

The clockspring was introduced with drivers side airbags to maintain a continuous electrical connection for the airbag while allowing the steering wheel to turn. The manufacture simply added a few additional circuits to accommodate steering wheel controls. 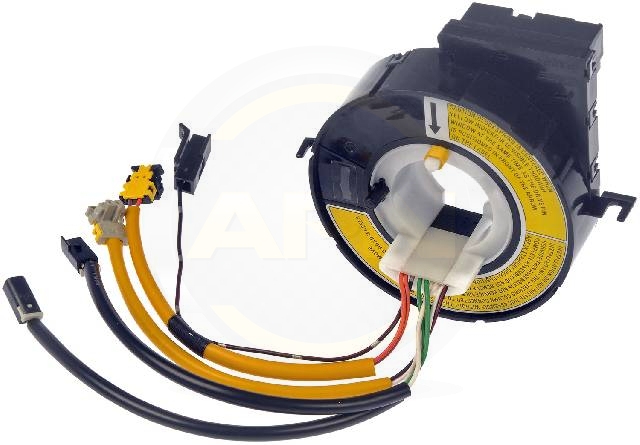 In the picture above the yellow wires are for the airbag, all the others are for steering wheel controls. Some of the controls that run through the clockspring include horn, cruise, phone, and radio.

This video show the disassembly of a typical clockspring, I DO NOT recommend doing repairs to one of these as the guy in the video suggests, I only posted the link so you could see how it works on the inside.

You don't have to have a separate wire for each button you want to control, below is pictured one example of how you can use just two wires to control several switches. 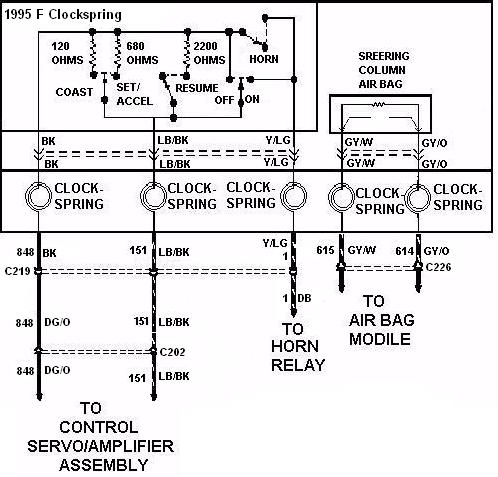 Different switches give a different resistance allowing the computer to tell which switch as been pressed.

They could also use multiplexing to communicate several commands over a single wire, it works similar to the way computers communicate over a LAN. It's not used in steering wheel controls to my knowledge so I won't go into detail here of how those systems work.

Not the answer you're looking for? Browse other questions tagged ford audio or ask your own question.