2003 Honda Civic Pulling to the left after collison

Car was in a very bad curb jumping accident. Had asked a previous question on here, to find out that my tie rod bolt had came off completely & detached the tie rod causing car to come to complete stop. Tie rod has been fixed Also my passenger sway bar link is broken which my part will be in tomorrow thankfully. I know that the sway bar link is attached to the control arm which appears to be bent, but not completely destroyed. I am ordering a control arm, which is back ordered for my honda Mobile mechanic said struts cvs and ball joints are still fine. My passenger side rim has a chip missing from it also, but luckily the tire was brand new b4 the accident and hasn't showed any signs of going bad even tho I do know the tire and rim are a complete loss. What could be causing my car to be pulling to the left? My wheel is off also I do not drive it as much since this accident only to work a short distance but need to figure this pull out, I have to hold my wheel in this position to go straight, and when I let the wheel go the car will go to the left can a broken sway bar link cause this pull, or the tire?. 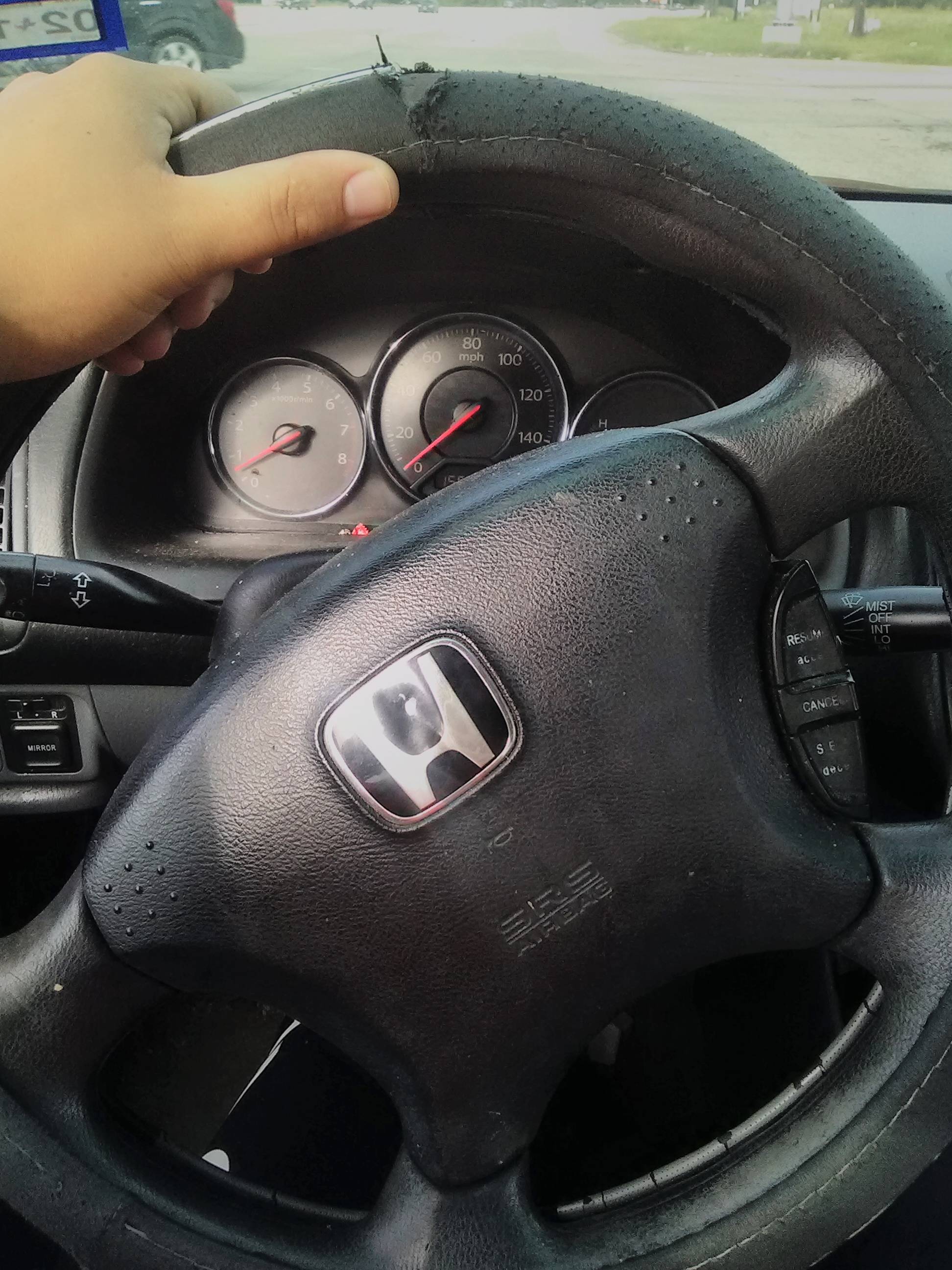 You say the control arm is bent. Replace the arm, get it all checked by a professional, and get the wheels aligned using a proper laser alignment rig.

As we said in your last question,

As Nick C said: Get it checked by a professional. In this condition the car is not drivable and further driving will:

I just want to add this am sure you probably have already got your car fixed but if not or for future references. Do not buy all those individual parts.

I had a front end collision on my Acura RSX and replaced the lower control arm and had all kinds of problems with the ball joint and the after market ball joint that used a c-clip to hold it. In the end I went online and found a place that sold used parts. I got the control arm and the complete knuckle with rotor and everything including the tie rod ends. It was cheaper than the cost of the aftermarket control arm. And since it was off of a vehicle that was parted out it was original manufacture part and it only took 30 minutes to fix. Where it took me 7 hours trying to replace just the control arm and having to get the ball joint pressed out and then it would not press into the new control arm so I had to go buy an after market ball joint that used a c clip I never saw such crap nothing went right.

My Dad told me from the beginning just go by the whole knuckle off a car that was wrecked in the rear or parted out for water damage etc. Find a reputable place that deals in used Honda parts buy the complete knuckle with the control arm and shock. These parts typically don't go bad unless there is a collision. You can find the part online ebay but I would recommend going to a local used parts dealer that mainly deals in Honda's. Buying a used part that is original equipment of the same make car is better than buying an aftermarket new part. Am sorry for repeating myself but I can't stress this will save you money and after its done your car will drive good if not just get an alignment.

These things happen but replacing part here and part here is going to drive you crazy because it will seem like it never solves the problem. New parts are expensive. Used parts that are original manufacture can also be expensive but on your make model and year car if you were in Tampa Florida you would spend less than $100 for the complete front end side that you damaged. YOu'll pay a mechanic about $160 to install it and that might include the alignment.

Not the answer you're looking for? Browse other questions tagged honda maintenance accident or ask your own question.