I had read through 1999 Ford Escort Owner’s Manual, and have few questions regarding air conditioning modes. The manual’s section on climate control states:

I've never understood Ford, or many other domestic (at least, to me here in the US) car makers' reasoning behind their climate control systems. Later models are starting to have more digital and better controls, but the model year you have is a prime example.

For domestics, Max A/C is recirculate and the A/C 'switch' is usually combined in the vent selector, as below: 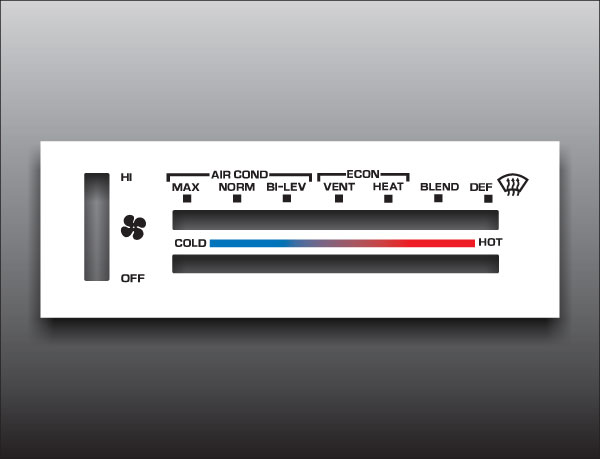 So if you want conditioned air on your feet, no dice. I don't know why anyone would want that, but it's nice to leave the option available instead of nearly arbitrary restrictions in place by design.

In comparison, the Japanese vehicles that I deal with daily have a control system that makes sense to me. There's a: 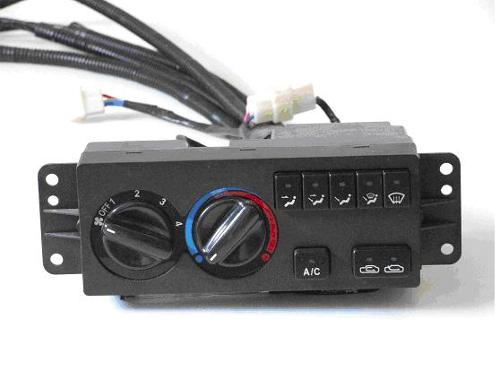 So you can have any combination you want. As far as I know the only exception is the A/C system pressure/temperature switch that cycles the compressor clutch on and off when in use. But it still allows you to use the A/C in whatever vent and temperature combination you want. This allows the compressor to run in the winter (like, below 50 degrees F). This is good because it allows the refrigerant oil to circulate and keep the seals in good working order.

So, with my rant now over, to answer your questions:

For me, the Big Three systems don't make a lot of sense. I'm biased though because I've grown up around Japanese cars. That and I'm a programmer and I like lots of features and switches (which end users don't like!)

Not the answer you're looking for? Browse other questions tagged ford ac escort or ask your own question.